My Pet Is A Dog

How My Pet Dog Got His Name

I know you're wondering about his name, my pet dog Eragon got his name from the movie Eragon. The movie is a story about a boy named Eragon and a dinosaur egg he came to possess through no fault of his own. He kept the egg safe and when it finally hatched, the boy and the dinosaur were inseparable and had many exciting adventures together.

Just like me and Eragon. He was our second pit bull and I guess the naming part has always been my department. Since I named out last baby, I thought sure my husband would do the honors but he said, "I'll leave that to you." We had him for a few days before I could come up with a name.

I had to take in consideration his breed and that he would grow up to be strong and muscular, so his name had to fit him. That's when I thought about the movie we had seen and I knew that name, Eragon would be perfect for him. Besides, no other dog I know has that name!

Eragon's character is loving and as small as he is, he tries hard to please. When my husband bought him for me, he was 8 weeks old. I bought him puppy pads so I could start his potty training. Each time I caught him about to pee pee, I'd grab him up and put him on his pad. Eventually he got it but guess what? He would put his front paws and up towards his naval and start peeing. It was so funny! I'd pick him up and put all of his body on the pad. After a few tries, he finally got it!

He loved to be loved but has never been really playful. Since he was an only child, he entertained himself a lot. When he wanted me to play with him, he'd get his tug of war ball. That's a ball with a rope in it, so we'd play tug of war and he really loved that. Another of his favorite games was kick ball. He really learned that game quick. He rolled it with his nose and when he'd try to use his paws, he'd trip himself up and fall over. He was too funny!

Our son had been grown and gone for years and Eragon was our child. He had his own drawer for his clothes which we couldn't keep him in because he grew so darn fast!. He had lots of muscle shirts, tee shirts and bandanas to match! We'd buy him a costume and take him out to trick-or-treat. Everyone in the neighborhood knew Eragon and had doggie treats for him when we came a knocking!

Eragon was mild mannered as a puppy but grew very protective of us and our property as he grew older. If someone knocked, he was at the door first time and every time. As he got older we would put him in the bedroom because he was big enough to bite. He had a set of jaws on him with a mouth full of strong teeth to match! He has never turned on us, he minds when he's told to do something.

Two of his favorite things to do is going to Pet Smart and the Flea Market. The employees know him by name and and he meets and greets each one. When they see him coming, they all come to see and pet him and you know he likes the treats they have in their pockets! I think that might be his favorite part. That's where we buy his doggie cookies from and I keep them in the fridge. When I say cookie, Eragon! He heads for the fridge and patiently waits for me to open the door. Very well mannered.

When we eat, so does he and he's not allowed to beg. Later in the evening, we watch a movie and eat pop corn. We watch reruns of Lassie and he lays right beside me and watch until he falls asleep.Sometimes it's almost midnight, I say Eragon, I'm going to bed, you coming? He gets up and go get in his bed. He slept with us when he was a baby until he started pushing me out of the bed. My husband said he's gotta go! I said buy him a bed then, so he did but it wasn't easy training him to sleep in his own bed. That task was harder than potty training him.

My pet dog is my companion and my protection, devoted and loving. He's inside as well as outside. He does have a pin outside, he is not allowed to run loose. He protects his property and stands his ground. No one approaches unannounced without him letting me know there's a presence lurking about. We do not allow petting him while he is on the premises. If we are out and about, parks, etc., we will permit petting.

I leave him in or on my truck when I go to the store. Everything is in tack when I return and the truck is still there with everything in it. I live in a neighborhood where people tend to pick up things that don't belong to them, break in others homes, etc. I never have had that problem, I won't say it can't happen but I've been here for more than 20 years and I've always had a pet dog that was also my protection and my companion.

Eragon is a Pit Bull, born in Columbus, Georgia from a litter of 8 puppies. Born August 12, 2007. Currently he is 2 years old, weighs 73 pounds. His birth line is from the American Pit Bull Terrier, solid black with white chest markings. Some say Pit Bulls do not make the best pet dogs but I strongly disagree with that statement. It is all in the training, a dog will conform to whatever you want him to be. If you train your dog to fight and kill, that's exactly what it will do.

Eragon and I have to go shopping now. It's getting close to Halloween and we have to get a costume for him. Last year he was Dracula, I think this year we'll see how the Devil costume looks.

Would You Own A Pit Bull? 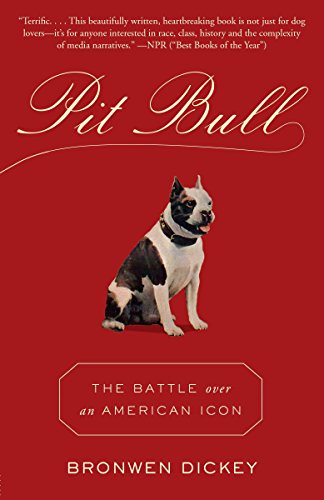