Red-tailed Hawks: One of Montana's Birds-of-Prey

It is May 9th, and the signs of spring are undeniable here in Montana. One true sign of spring is the return of the migratory birds, especially the birds of prey. With spring in the air, the birds are distracted, excited and amorous. Unfortunately, this can be a formula for trouble when you add a highway to the mix.

I was heading east on I-90 between Belgrade and Bozeman; the speed limit along this stretch of road is a brisk 75mph. Up ahead, I could see something large flopping, haphazardly, on the shoulder, dangerously close to being struck. As I approached, I could see that it was a Red-tailed Hawk, and it was clearly in considerable distress. I pulled over onto the shoulder and stopped the car. No doubt other drivers thought I was nuts: "What does she think she's going to do?" I had no idea.


Then I remembered the day my kids came home from school with magnets that read: "Montana Raptor Conservation Center." They had chattered excitedly about a rescued owl named "Bu" and a "cute" Turkey Vulture. I called information and was given the phone number, all the while encouraging the bird away from the road with my foot. I was certain he was going to bite my toe off at any second.

The phone was answered by a woman named Becky. Becky explained she would not be able to get to my location for about an hour because she was returning from another raptor rescue in Livingston. She advised me to cover the hawk with a blanket to calm him and asked if I could deliver the bird to the center. "Sure," I said.

What was I thinking? How was I going to get this big, frantic, injured bird (with very sharp talons and beak, I might add) anywhere at all? He was scary, but he needed a helping hand.

My kids had come home from school one day with magnets...

Lucky for me, along came George. George works for Q-West and was surveying the area. He asked what he could do to help, and I explained my predicament. "No problem," said George and he disappeared back over the embankment. A few minutes later he returned with a cardboard box. Together, he and I scooched the now blanket-covered raptor into the box. (Oh OK, George was much braver than I, but I still helped.)

By the time, all of this had transpired, I had run out of time. My kids were due home from school, and I needed to be there to meet them. I called Becky again, she was only minutes away now, so I left the bird-in-a-box with George, knowing Becky would pick him up soon.

Later that evening, I got a call from Becky. She said that the young male Red-tailed Hawk was, miraculously, in good shape. He had taken a serious blow to the head which was why he was disoriented and flopping on the ground. But he had no broken bones or internal injuries that they could find.

How could this bird have been hit by a vehicle that was going 75 mph and be in such good shape? No one seems to have an answer, but one guess is that he may have flown into the side of a vehicle, as opposed to the vehicle hitting him. Hmmm...who knows?

Becky told me the Raptor Conservation Center would keep the bird for observation for a few days and then, barring any unforeseen complications, he will be released. Becky also said that George and I would both be invited to the release...oh, boy!!!!

Established in 1988, The Montana Raptor Conservation Center is a non-profit organization that serves the entire state of Montana. In addition to rehabilitating and releasing injured raptors, the MRCC educates the public through schools, organizations and events such as The Bridger Raptor Festival held every fall in Bozeman, Montana.

The mostly volunteer staff is joined by ambassador birds: Bu, a Great Horned Owl, Chaco, a Swainson's Hawk, Pilgrim, a 17 year old Turkey Vulture and Sammy, a Red-tailed Hawk. These birds could not be released for various reasons and thus, have spent their lives helping to educate people about fellow raptors. 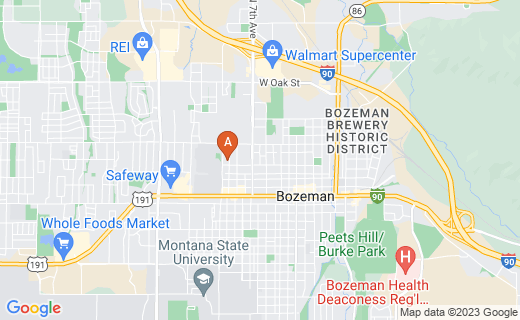 Several days later, I received a call from Becky. As promised, she was calling to invite me to join in the release of this lucky hawk. He was fully recovered, feisty and ready to get back to business. We agreed on a time and place; I was bursting with excitement.

When I arrived, Becky was there with a pick-up truck and a puppy crate. I thought there should have been a crowd of photographers and reporters. I mean this was a momentous event...to me. When the crate was opened that bird didn't hesitate, off he flew without a backwards glance, just like a healthy, free bird should. It was glorious!

It turns out that your author was a dreadful photographer and managed to miss the moment entirely. Lost in awe, I suppose. But Becky came through again by sharing the following superb photographs. Thanks Becky and thanks to the MRCC for doing the remarkable things that they do!