A BIRD'S-EYE VIEW OF WHITE PELICANS

On a warm early July day, I recently made a magnificent discovery virtually in my own backyard. While out for a drive one late afternoon, we drove past a familiar site about 5 miles east of the city of Prineville, Oregon, the Ochoco Reservoir. However, what caught our eye was hundreds of white birds in the shallow waters of the east side of the reservoir and being birdwatchers at heart, we pulled off the road to see what they were.

It turns out that these visitors to Central Oregon were none other than a large group of non-breeding American White Pelicans. Curious to observe these beautiful birds in their natural environment and not knowing much about them yet, I camped out on the side of the highway (the only place available to view them) camera in hand and just waited.

I was not disappointed. These gorgeous water birds put on quite a show for us. Our patience paid off as the fish apparently swam towards us bringing the birds up to where I could definitely get a "bird's-eye view".

You can see more of my pictures here on Facebook.

P.S. This hub is in the finals for the grand prize of $500. Voting will begin August 9th at noon and run through August 11th at noon. Please click here on the FACEBOOK VOTING LINK, then click on the Fan Faves or View Entries icon and vote if you think this is the best hub in the contest. Remember to click on "LIKE" the page to be able to vote.

What I noticed right away was that the American White Pelican doesn't dive for its food like the Brown Pelican that I saw growing up in Southern California. Instead, the American White Pelican swims, either solo or with other pelicans in search of food. Instead of diving, they plunge their neck and upper body beneath the water while expanding the pouch located in their bill. They use the pouch like a giant net to catch the fish and then surface with their bounty. The pouch allows the water to drain out but leaves the fish behind for the feast.

The other curious thing about this pelican is that the American White is a team player. Meaning that when there are lots of fish running, the pelicans stick together and form a line or a circle depending on how the fish are running. They move about in the water to channel the fish towards each other and then all cooperate in netting as many as they can.

The American White Pelican is a very social bird even when it comes to nesting and breeding. They tend to nest right next to each other but they are rather particular about the conditions in which they breed. The odd thing about the Prineville Pelicans as I think of them is that they are all non-breeding pelicans who have just come for a visit. While they have all the indications and markings of breeding pairs, they are non-breeders. However, my guess is that they require more private environs for their nests. American White Pelicans mainly nest on islands or try to nest in protected areas because their nests are formed on the ground. In 1988, it was reported that 800 nests of American White Pelicans were abandoned at the Malheur nesting grounds in Oregon. The unknown perpetrators invaded the nesting grounds by canoe.

In speaking with Chuck Gates, the NAMC State Coordinator, East Cascades Audobon Society, looking at the varying numbers of pelicans from year to year or even month to month that visit Central Oregon, there must be a correlation with the water level and consequently the abundance of fish.

The pelicans usually arrive in numbers somewhere between May and June but can dwindle remarkably within a day. The reason for this is of course the food supply and once they have tapped out the fish, they move on to other lakes, rivers, etc. in search of more food. Non-breeding pairs travel from waterway to waterway in search of their food. After the feeding times in summer, they progressively move south if the weather becomes too icy or inclement.

American White Pelicans are huge birds with a 9 foot wingspan and can easily get up to 5000 or 6000 feet and then draft on the thermals. They can spot other pelicans who've found a good dining spot. They skip from lake to lake or river to river to follow the fish. The pelicans here in Central Oregon most often head to Kalamath Lake for winter but travel further south should they need warmer weather. 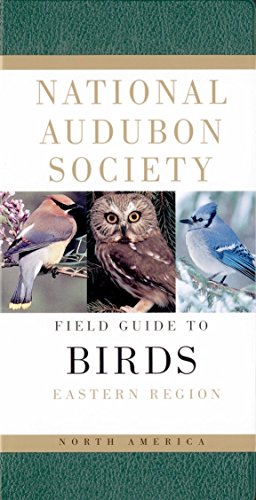 For an up close and personal look at how American White Pelicans feed, be sure and check out the Youtube video below.

For more information on American White Pelicans and incredible pictures, check out the links below.

The conservation status of these birds is LC or Least Concern although in Alberta, Canada there has been concern that their numbers are diminishing.

During the first half of the 20th century, the American White Pelican numbers were dropping because of predators, drought, loss of habitat and nest failure. They also were in great demand for their feathers for women's hats.

Pollution and sprays such as DDT have also had their effects on the American White Pelican population.

The potential great threat to the American White Pelican is loss of appropriate breeding grounds since they are very particular in their nesting habits. However, man remains the greatest threat to their survival.

This species of pelican is protected under the Migratory Bird Treaty Act of 1918.

They are classified as protected by the California Department of Fish and Game.

They are also listed as an endangered species in the state of Washington.

I ended up going back so many times to film the White Pelicans that I finally had the opportunity to see them on the shore preening.

This behavior was absolutely remarkable to see and although I did not do it justice because I was too far away even with my high powered lens and a 2X magnifier, you should check out Mia McPherson's photo capture of a beautiful White Pelican and the preening behavior.

Visit her site at On The Wing Photography and you'll be treated to a magnificent set of pictures. While I got the "flavor" of their behavior, she captured it perfectly.

Just like other birds, White Pelicans have upwards of 25,000 feathers and they have to preen them in order to keep them in top condition.

By preening, sunning, bathing, stretching and other maneuvers, they align their feathers, weed out parasites and also create a healthier appearance, thus making it easier to attract a mate. 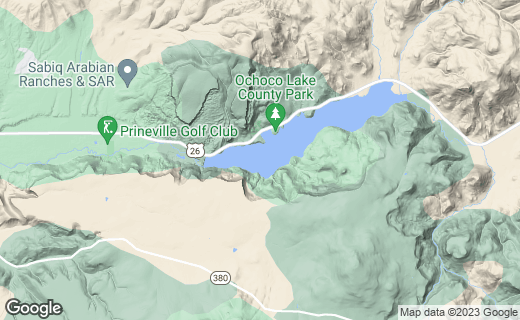 All the above pictures and those on my Facebook link were shot with my SLR camera from the highway.

My camera is a Nikon D-70 SLR and I used a 300mm lens. I worried about the steadiness without a tripod but it worked pretty well without one.

Due to the distance that I was shooting from, it was necessary to enlarge my digital images by fiddling with the pixels.

I found that between 2000 and 3000 bicubic did the job quite nicely without distorting the images though each image was adjusted to its best possible resolution individually. Also cropping them and then enlarging, on some I could get to 4000 even 5000 pixels.

I also went back and tried some shots with a 2X converter attached to the 300mm lens. That worked well also but it is harder to take steady shots. Most of my preening shots were shot this way although some blurred due to the rapidity at which I tried to shoot.

Giving credit where credit is due, I also have to add here that Maggie (otherwise known as Maggs224 on hubpages) was kind enough to look at my hub pictures and gave me some spectacular advice on how to enhance my photographs. The pictures you see on this hub are definitely much improved from the originals simply because Maggie took the time to help a fellow hubber with her technique after the fact.

In short, I've had a great month following my beloved White Pelicans and will follow them until they leave for better feeding grounds. It has been an experience to learn more about them and to rediscover something I seemed to have misplaced in the past few years which is my love of birding and observing wildlife.

I was asked by the Forestry Service here locally to come and do a nature talk at the local reservoir with my pictures and am excited to be a participant in such an event. Although public speaking is not usually my forte, I am excited to hopefully educate people, particularly children, about the care we all need to take when it comes to preserving these glorious species for generations to come and the mighty impact man has on the environment. I believe that this should be everyone's goal as there but for the grace of God go we all.

To preserve and protect is a great honor when the reward is something so beautiful it takes your breath away.