Ready for the cat quiz?

What do you know about cats? Think you know all about felines?

Take the kitty cat quiz and see if you can answer all the questions about cats correctly to prove you're a cat-fanatic.

Also, don't forget to share it with your friends to see who knows more about our furry little friends.

What is the scientific name for the common housecat?

What is the scientific name for the common housecat?

The Beast Known as Felis catus

A tabby cat is a cat with what type of coat?

A Tabby Cat Has a Striped Coat

Tabby cats are striped. The stripes may be broken and look like dots or swirling to make a bullseye, but usually they are some combination or stripes, dots, and swirls.

Tabby is not a breed of cat, but rather a coat pattern found in many different breeds including some wild cats.

The Scottish Fold is best known for what feature?

The Scottish Fold is Best Known Having Folded Over Ears

The Scottish Fold is best known for their adorable folded over ears that makes them one of the cutest cat breeds out there.

Morris the cat was the spokescat for what brand of cat food?

Morris the Cat Would Only Eat 9 Lives

Morris is the famous finicky feline who would only eat 9 Lives cat food in the Morris the Cat commercials famous throughout the '70s and '80s.

Learn How You Can Work with Animals

The Everything Guide to Working with Animals: From dog groomer to wildlife rescuer - tons of great jobs for animal lovers
Whether you want to train animals for commercials, like Morris, or want to do another of the many jobs available, learn how you can work with animals in this book.
Buy Now

A cat having a short, compact build is called what?

A Cat with a Short, Compact Build is Called Cobby

Anyone who has really looked at cats has realized that they come in lots of different shapes and sizes. One way to differentiate between cats is by body type.

two body types on either side of the spectrum are cobby and oriental.

Though the cat above and the cat below are both blue and short-haired, they look very different due to body type.

The one above is a Blue British Shorthair, a cat breed familiar to those who love "I Can Has Cheesburger", the popular site for funny cat pictures. British Shorthairs are known for their cobby or sometimes semi-cobby body types.

The cat above is an Oriental type cat. Oriental cats have given their name to a type of cat body shape, called the Oriental. Oriental bodied cats have long, lean builds, and big ears on triangular shaped faces.

There are several body types that lie between the two extremes of oriental and cobby as well.

What is the name of the most well-known Egyptian cat goddess?

Bast or Bastet is the Egyptian Cat Goddess

The most famous Egyptian cat goddess of all is Bastet, also known as Bast.

Burmese are a breed of cat known best for being what?

Burmese are Best Known for Being Friendly

Burmese are a breed of cat known best for being playful and friendly, loud and gregarious. They are gorgeous cats that many people consider dog-like because they are so friendly and affectionate. It's not uncommon for them to learn to play fetch too. 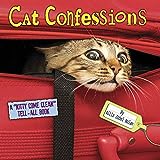 Which of the following is NOT poisonous to cats?

Pumpkin is not poisonous to cats, in fact it's really good for them and some people think it helps combat internal parasites.

Things that are poisonous to cats include:

Cats Are Sensitive to Chemicals

In addition to obvious dangers such as rodenticides, insecticides and weed killers, cats may be poisoned by many chemicals that are usually considered safe. This is because their livers are less effective at some forms of detoxification than those of other animals, including humans and dogs. Some of the most common causes of poisoning in cats are antifreeze and rodent baits. It has also been suggested that cats may be particularly sensitive to environmental pollutants. When a cat has a sudden or prolonged serious illness without any obvious cause, it is therefore possible that it has been exposed to a toxin.

From the Wikipedia article on cats

Polydactyl cats have more than the normal amount of what?

Polydactyl cats have extra toes, sometimes on one paw, other times on more. They can have 6 toes, 7, even 8 or more.

What do cats need most of all?

Cats need your love and attention more than anything else.

They can live without expensive toys, extravagant cat trees, adorable clothes, and luxurious cat beds, but they can't survive without you and your care.

There are free and cheap versions of all those other things, but without the priceless care that only you can give, your cat with not flourish or be happy.

Though often portrayed as independent and as not needing attention, it's simply not true. Cats need just as much love and attention as every other pet, they just don't show it as much.

While they are far less important than love and attention, cats do need toys and cat trees to live happy and healthy lives. They don't have to be expensive or complicated though.

You can easily make your own cat trees and kitty toys, check out my other articles to learn how.

Don't Pay Too Much

How did you do?

Did you take the quiz? How did you do? Did you learn something fun? What did you think?

Comments About the Quiz - How did you do?