The Classification of Birds in the Entire World

Bird are classified into unique, rare, hard to find and extinct.

Impressive birds are huge cranes and albatrosses and tropical birds. cisticolas or Cookilaria petrels birds are also most impressive. Among small tiny birds hummingbirds, manakins are impressive. Kagu and Showbill fall under Unique category. Rare birds are birds in near extinction or historical. Few unique birds are Ivory-billed Woodpecker, Ou, Night Parrot, Kinglet Calyptera, White-eyed River-Martin. Congo Peafowl is the bird to find it hard even if you spend time and money.The Short-tailed Albatross is not seen since a century.

Photos of Few Ever Green Birds

Europe: AT Camargue and Coto Doñana wetlands we can watch scads of flamingos and herons got close watch.Other birds that attract our attention are little nutria (like relatives of the beaver and muskrat) .

Asia: At Bharatpur and Mai Po, In winter 90,000 migratory birds of 380 species and 35 international species including the Saunders’s Gull and the Black-faced Spoonbill. Along with them we can find critters such as otters, fiddler crabs and mudskippers.

Peru: Bird watchers should have a 10 day trip to Peru to watch Manu and surroundings. Out of 1000's of special birds you can watch Scarlet-banded Barbet, White-masked Antbird, Long-whiskered Owlet, Marvelous Spatuletail, Pale-billed Antpitta.

List Notes: Distances are estimated except for the Sooty Shearwater which was tracked by electronic means.

Bird Almanac: The Ultimate Guide to Essential Facts and Figures of the World's Birds 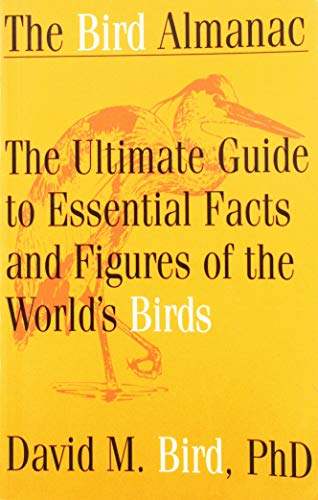 Bird Almanac: The Ultimate Guide to Essential Facts and Figures of the Worldªs Birds
Buy Now