Rollerblading For Dummies With Malamutes

This is a subject I can speak on with great authority since I did in fact train one of our malamutes to exercise with me on rollerblades. I can also say that it was the most harrowing experience I have had to date! Let me explain.

I have never BEEN on rollerblades in my life. I had purchased a scooter (see yet another hub on this wise choice) and had decided to train our 2 malamutes to pull. Having received the mushing harnesses and towline I had ordered, I could not be satisfied to just wait or begin training simply because I thought "how hard can it be?" I mean really - you strap on a pair of rollerblades, you harness the dog(s) up and away you go. I had in my defense gone to ONE pulling clinic on an afternoon with other malamute owners, and my dogs had shown an uncanny ability to grasp the pulling concept remarkably well. They were both naturals at it. Of course, they were pulling truck tires, not a human being and simply because THEY apparently were naturals at it, I did forget the other factor - they would be pulling ME! I'm not saying I'm a klutz - I'm just not the most graceful person in the world nor would I probably truly be classified as athletic since my medical chart is huge from one injury after the other.

All this said, my daughter had left a pair of rollerblades at our house and since we had the same size foot - again - WHY NOT? For some reason, I decided to pick the biggest malamute (although I originally was going to have BOTH harnessed up in front of me). Kodi was always my loveable gentle giant and I figured even at 100 pounds, I could do this!! Go girl! After all, he had been through that training session! Again, how hard could it be?

Without mentioning my intent to anyone, and again, never having put a rollberblade on my foot in my lifetime, I put on the rollerblades. I should have known I was in trouble from the getgo since they hurt my ankles and I was having a terrible time maneuvering around in them! I put the harness on our male, somehow managed to attach the towline to his harness AROUND MY WAIST, put on the helmet and pads (at least I was thinking here) and proceeded to just give it a go! Too bad I had not thought this through very well. Too bad I had not bothered to read any books or literature on actual rollerblading - but especially with 100 pounds of dog in front of me! Lastly, too bad my dog did not know the command WHOA - or any other command for that matter!

As in most things, I found out the hard way that once the dog "took" to this new sport, it was a little too late to fret over what I didn't know or could not control. From the beginning, as we literally ROARED out of the driveway, Kodi took to it like a duck to water. In an instant, I found myself literally flying down the street at a breakneck speed with nothing keeping me upright but his running and being acutely aware that he was pulling me from am umbilical cord around my waist! As the houses went to a blur as we literally hit mach 1 and Kodi was striving for mach 2, I knew we were headed for trouble. Not only the obvious trouble I was already in but an extremely busy main road bisected our street - and unfortunately there was no stopping this dog and we were heading right for it! He was digging in now and putting his entire body into it, bless his heart - but I had a very bad feeling!

I was yelling "WHOA" as loud as I could - along with many other words I will not repeat here. I was trying NOT to panic and remembered vaguely something my daughter had said about BRAKES. In retrospect, trying to stop 100 pounds of brute force with the little piddly brakes on a rollerblade should be laughable right there. I figured though I'd best try - so I put my toe down, I put my heel down. I think I was trying to put them BOTH down at the same time and I'm sure although there might have been SMOKE involved, there was no braking going on! In fact, it seemed like I was going faster. I was positively sure by this time that I had burned up any brakes that my daughter ever thought of having on the blades!

Well, not to be a quitter here, I figured we were both going to be roadkill if we shot out across that main road (I could not blame the dog - he was actually doing what I had asked of him, albeit it who knew he was going to be going the speed of light?) Running my options, I did the only thing I knew to do in that moment - I gathered myself up and literally THREW myself onto the side of the road hoping to at least stop us, not break anything of mine or break the dog's back when I hit the ground and literally jerked him to hopefully a standstill. I basically just did the Arte Johnson move of a lifetime - onto gravel and pavement since there was no grass available. I think I literally jerked poor Kodi out of his shorts!

That did stop him; it definitely stopped me! It definitely stopped traffic as well as people could not believe I did it but I did not really have a choice - snowplowing does not work on rollerblades either I found! I just sat in the gravel shaking my head over and over - at least my body was still in one very roughed up piece! I took off the rollerblades and although tempted to throw them into the nearest trash can or bush, I limped home with them! I have never put on another pair SINCE nor do I think for me personally, this is a great way to exercise malamutes. To think that I was going to actually strap BOTH of them to my waist and give it a go still gives me nightmares. We would probably still be running!

The Famous Moral Of The Story

In retrospect, what should have happened is that I should have put on the harness and towline and walked behind him and then the two of them without rollerblades on, teaching them the proper commands. I should have obviously done my homework and learned how to control my dog(s) before I decided that I knew what I was doing. And last but not least, knowing how to actually roller blade before you put them on your feet and strap on 100 or so pounds of sheer power to me just might have been the best plan ever!

Hindsight is always 20/20 but who knew there was a "knack" to rollerblading? And who knew you could go from 0 to mach 1 in such a short amount of time?

If you are going to do it, just from my experience above, had it not been for the helmet and all the pads, I would seriously have been banged up pretty badly. That was without even falling. I don't think throwing yourself on the ground qualifies as a fall! If I had actually fallen and the dog had not stopped, I would have been serious road-rash. As it was, I was very sore and banged up for a week but at least I stopped him before we hit the really busy road and I bounced up on top of a car or two.

Also in retrospect, I would recommend "instant release". Having a towline wrapped around your waist and being connected to your dog(s) with an umbilical cord - probably not the brightest idea I've ever had! If you have to ditch, you should not be at the other end of the towline with 100 or 200 pounds or worse pulling you along because it is not going to be pretty. Just the meeting with the ground is enough to knock a lot of sense into you if you didn't have it already (in my case obviously a little missing) but the towing along said ground....priceless!

The moral of this tale is to do your homework and be prepared if this is the route you want to take in exercising any high energy dog. It was thrilling while it lasted - I have to say that! It is also a rather dangerous way to do it simply because you are very vulnerable. Above all, invest in good equipment and train your dog(s) first and foremost to obey the stop command.

Points I would make in rollerblading having been there, done that:

How To Get To Mach 1 Without Really Trying

The Second Part Of This Is Where He Hits Mach 1 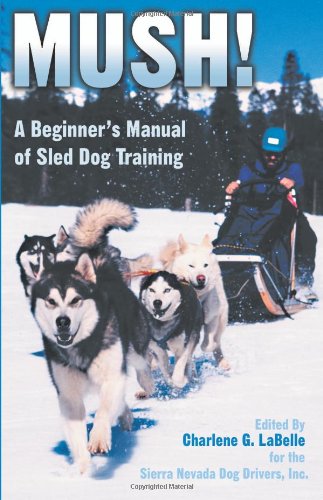