Special and Impressive Animals That Are Treated Like Humans

Shrek is New Zealand’s most beloved sheep which gained international fame in 2004. The Merino made headlines across the world when the sheep was found hiding in a cave after six years on the loose. This merino wether impressively carried 27 kg worth of fleece – which contained enough wool to make 20 large men’s suits.

On 28 April 2004, Shrek lost his giant fleece in a televised shearing and the fleece was auctioned off for children’s medical charities. Shrek became a national icon for New Zealand, a country that is known to have more sheep than people. Shrek also became the only sheep who meet Prime Minister Helen Clark and flown on planes to visit sick childern and retirement homes around the country.

Shrek, the woolliest sheep in New Zealand (or possibly in the world) died at the age of 16, the sheep was put down on the advice of a veterinary surgeon. John Perriam (the owner of Shrek) planned to spread the sheep’s ashes on top of Mt Cook, the tallest mountain in New Zealand. The sheep’s funeral service was held at the Church of Good Shepherd on the shores of Lake Tekapo.

Bubbles, Michael Jackson’s former pet chimpanzee, used to sleep in a crib in Jackson’s bedroom, eat candy in the Neverland movie theater and even relieve himself in Jackson’s personal toilet. Bubbles and Jackson often wore matching outfit and the singer even showed the chimp how to moonwalk. He was Michael Jackson’s constant companion. During the Bad World Tour, Jackson even took Bubbles along to Japan and surprised people by taking the chimp to tea with a Japanese mayor.

In 2003, bubbles was sent to a California animal sanctuary because he had grown up into an aggressive adult chimp unsuitable as a companion animal. When the sanctuary closed, the chimp was moved to the Center for Great Apes in Wauchula, home to forty-two chimpanzees and orangutans. These days, bubbles spends his time playing with a group of six other chimps. Eating sweet potatoes, listening to flute-and-guitar music and sitting quietly in trees with Sam, his best friend (a 40-year-old chimpanzee) are some of his favorite things to do.

Rumor has it that the king of pop also left the chimp a very hefty sum (1.25 million pounds) to ensure that the old monkey will live his last years in comfort and luxury – while his own father, Joe Jackson did not stand to inherit any of Michael Jackson’s assets.

I Am Tama, Lucky Cat: A Japanese Legend
Buy Now

A Japanese train company had found the perfect mascot to draw customers and bring back their business – a tabby Tama. The Wakayama Electric Railway, a Japanese railway company was losing money and had to axe all staff at Kishi station in 2006.

Wearing a cap and posing for photos with so many passengers who are now flocking in from across the nation, this 9-year-old calico is credited with boosting the firm’s revenue by more than 10%. The female cat was promoted in January 2008 to be a “super station master” ( the “only female in the managerial position”) in a ceremony attended by the president of the company. She even has her own office, a former ticket booth. Tama had been living in a nearby store but she had to lose her home when the building was torn down. Now the station is her home.

In her new home, all she has to do is sit by the entrance of the station and greet the passengers. The feline never complains even though so many passengers touch her all over the place. This popular cat receives cat food in lieu of a salary. In January 2010, Tama became the first cat to be an executive of a railroad corporation, not only that, she also had two feline assistant stationmasters – Miiko (an orange tabby cat) and Chibi. Tama, the cat which was raised at the station in the city of Kinokaowa, is living proof of the Japanese belief that cats bring good luck. 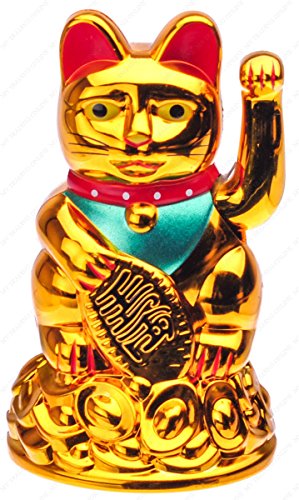 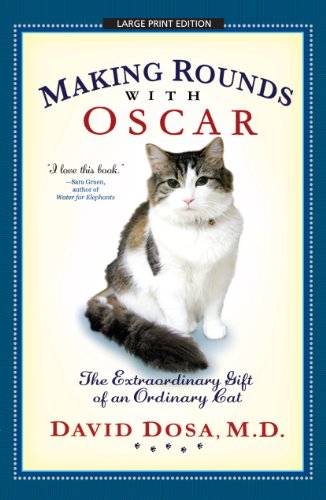 Oscar, the tabby cat who lives in a nursing home seems to have uncanny knack of recognizing patients who are about to die. When a nursing home doctor was told that the tabby could sense when a patient was about to die, the doctor was very sceptical. But he did not have a choice but to believe when a series of spooky events convinced the doctor that the cat might really have mysterious ability.

David Dosa is a doctor at Steere House Nursing Home. The facility treats people with Parkinson’s disease, Alzheimer’s and other serious illnesses. Oscar was adopted by the nursing home when he was a kitten and has lived most of its entire life on the 41-bed advanced dementia unit.

Oscar never spends any time with the patients. The cat usually goes off and hide and not really friendly to people. And if he decided to spend some time with the residents, usually those patients are the one who only has a few hours to live. Dosa said that five years of records showed this black-and-white tabby cat rarely erring, sometimes proving medical staff wrong in thier predictions over which patients were close to death. By curling up next to the patients during their very final hours, the cat also likes to stay by the patient until they die and after that he will leave the room quietly.

For his service to his patients, Oscar has been awarded with an annual “Hospice Champion” award by a local Hospice organization. After the Oscar’s story was made international headlines, “Oscar the cat” became the most wideIy searched term on some web search engines. His accuracy has lead the staff to call members of the family once the cat has chosen someone and those who was chosen usually has less than four hours to live.

Most Expensive Sheep in the World

A scottish ram, Deveronvale Perfection, has sold for a staggering $347,000 (231,000 pounds) – setting the new world record as the most expensive sheep.

Bred in Banffshire, the eight-month old lamb was bought at a sale in Lanark by a fellow local sheep farmer. After purchasing it, Jimmy Douglas was planning to grow up the sheep. Graham Morrison, the old owner, did not expect that his sheep can reach such a high price but also insisted that Deveronvale Perfection should lives up to his name. The sheep’s new owner said that Deveronvale Perfection was the best lamb he had ever seen, it has great strength and an incredibly chunky stature.

The high price has been put down to the animal’s strong physical attributes. The tup lamb could make its new owner a good return by selling its semen and progeny around the world. Deveronvale Perfection also broke the seven-year-old British record of 134,000 pounds for a Texel ram as well as the world record for a sheep in Australia in the 80s. Tophill Joe, Britain’s previous most expensive sheep, was bought for 128,000 pounds many years ago. He died after fathering lambs with more than 2 million pounds.

Hachiko - Most Loyal and Faithful Dog?

There is a touching true story about the close, unique bond between a dog and his master, highlighting the faithfulness and loyalty of the animal. Hachiko was a yellow-coated Akita dog that is known for its remarkable loyalty to its owner (Hidesaburo Ueno), even many years after the owner’s death.

Hachiko was born in November 1923 on a farm near Odate city, Akita Prefecture. A few months after his birth, the dog was brought to the home of Professor Ueno in Tokyo. Two of them soon became close friends. Each morning, Hachi (as the dog came to be called) accompanied his master to the Shibuya station. The lovely dog would stand by the door to watch him go. And when professor Ueno came home at 4 o’clock, Hachi would go to the Shibuya train station to meet him. Its tail wagging happily at the sight of its owner and friends.

One day, tragedy struck on 21 May 1925 when Hidesaburo Ueno, the professor who taught at Imperial University did not return because he had sufferred a stroke and died at the university. Hachiko didnt realize that his master was gone and so this golden brown Akita returned to the Shibuya station every single day to await his master for nine years!. Because of this, Hachiko became such a familiar presence there and many people including the station master set out food for him and some even gave the dog a bed in the station.

On 8 March 1935, Hachiko laid down to die right in the spot where the dog waited for so many years for his master to come home. Hachiko’s bones were buried next to the professor’s grave. Hachiko’s stuffed and mounted remains are being kept at the National Science Museum of Japan.

Hachiko Waits: Based on a True Story
Buy Now