The Benefits of Raising Laying Hens in Your Backyard

Laying Hens in the Garden

That's one of the biggest reasons that prompts people in urban settings to start raising chickens. The fresher the egg, the more nutrition in it. Non-commercially raised chickens that are allowed to free range lay eggs that contain 1/3 less cholesterol and a quarter less saturated fats than their commercial chicken counterparts. Your chicken's eggs also have more vitamin A and a considerable larger amount of omega 3 fatty acids and beta carotene.

Simply put, your chickens lay better quality eggs than the ones you buy from the grocery store.

Most chicken breeds will lay 1 egg per day during their peak laying years after they are around 6 months old. This can also mean that you won't have to buy eggs at the grocery store for quite some time which will also cut a little off your food bill every month, depending on how many eggs you use any given week.

There is a general thought in most people that a rooster is required for hens to lay eggs. This is not true. Hens will lay eggs even when a rooster is not around. The eggs will just be unfertilized, meaning that no chicks will hatch out of eggs laid by hens with no rooster in the coop.

A Never Ending Supply of Fertilizer

Chicken poo makes a great fertilizer for lawns and gardens, but it's not something that you can generally take directly from the coop and spread around. The best way to create your own fertilizer with chicken poo is to add it to a compost pile. A few months to a year of adding it and allowing it to break down in the compost will result in some of the best, free fertilizer you have ever gotten your hands on!

You can add the fertilizer to the garden soil as it is being tilled or just place some of the nutrient rich compost around the plants. Spreading the compost around the yard will add nutrients to the grass to green up your lawn and will soon make you the envy of all your neighbors. When anyone asks you what you put on your yard or garden to make it look so great, you can tell them chicken poo!

Chickens in the Coop Run

Chickens can and will eat a lot of different things. They eat bugs, worms, grass and feed. What a lot of people are not aware of is that chickens can also eat table scraps. Feeding the occasional table scrap to your chickens benefits not only the chicken but the environment as well.

Americans throw away tons of food each and every year. Feeding your leftovers to your chickens cuts down on the amount of feed you will have to purchase and creates a use for something that you would have had anyway.

There are a few things to keep in mind that you will want to not feed your chickens. Foods like raw potato peels, oranges and other citrus fruits, anything that contains a lot of sugar like sweets and chocolate, avocados and anything that is high in salt should never make it to the chicken coop. These foods can cause your chickens to become sick.

Chickens can be interesting little creatures and they do make great outdoor pets. They are very similar to dogs and cats personality wise. Each chicken has their own, distinct personality and if you get to know your chickens, you'll be surprised how true this really is.

Some urban chicken owners are surprised to find out that their chickens will actually come to them when they are called. Once a time schedule is established for any type of activity, the chickens will be ready and waiting for a chance to free range outside of their coop, feeding time and any general play time.

Chickens are a great first pet for kids. They are generally gentle, intelligent and amusing. Granted they probably won't play fetch but they will allow you to pet them. 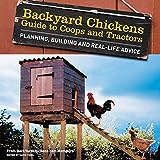 This is a bit of a touchy subject for some urban chicken owners. They just couldn't bear the thought of putting their favorite hen on the dinner table. It is understandable given the similarities between chickens and the other animals that we Americans consider pets. Truth is that chickens are a source of food in our country.

Chickens who are commercially raised and killed live what most consider an inhumane life. They are fed and bred to increase their size and most of the time are kept in deplorable conditions. These chickens are the ones that you purchase at your local grocery store.

Raising chickens in an urban setting for food is not an uncommon occurrence. It is a more humane way of putting chicken on the home menu because your chickens have lived a happier, more "chicken" like life. Our food sources should never suffer for the sake of profits but unfortunately that is exactly what is happening. Turning to raising your own chickens for meat means a healthier meat source for your family because you can control what your chickens are exposed to.

Not everyone has the ability or desire to self kill their chickens for meat. If this is the case, there are processing plants that will take care of it for you for a small fee. Usually your finished chickens will be available for pick up the same day they are dropped off.

Chicks in the Brooder

Think it Through Before You Do It

I planned for months before making up my mind to take the plunge into raising chickens. You have to remember there are initial costs in the beginning such as purchasing the chicks, building a chicken coop and having enough room for the chickens to move around. You'll want to do a bit of research on what breed of chicken will fit best for your climate and needs. I chose the Rhode Island Red because they are good layers, good meat birds and will survive the sometimes harsh Indiana winter.

It is also extremely important to check your local ordinances and laws regarding having a chicken coop and chickens in your back yard. Some places, such as Indianapolis where I am, allow the home owner to have as many chickens as they want as long as none of the laws protecting animals is broken. Some ordinances do not allow more than a certain number of chickens or may not allow them at all. It would be horrible to put in the time and expense only to find out that you aren't allowed the number of chickens you purchased or you aren't allowed to have them period.

Think it through before you do it. It's a very satisfying experience that has many exciting benefits.