The One Thousand Rand Cat

Being a pet owner can be a very expensive undertaking. I need to go back to the year 1982, when this saga with a plain grey tabby tom cat named "Macavity", yes my first wife named him after that classic poem.

Friends of ours were in the market for a new pet dog, as their existing dog was starting to get a bit long in the tooth, and they wish to have a backup dog that would have reached partial maturity when that dreaded day would set on their current faithful family friend and companion.

So, off the went with kids and all, wife in tow, under strict instructions and dire threats not to bring in another dog, as we already owned or where owned by 2 of the most delightful characters, with very wet noses, and wagging tails. With that "promise" off she went with our 3 kids.

Can you imagine the scene at the S.P.C.A. when two ladies and six children, ranging from 10 down to 4 years old, descended on them on a sunny Saturday morning and overran their pens of dogs, of all ages, breeds, sexes, and sizes that were waiting for someone to give that lease on life, to take them and give them a home. These dogs jumped, pushed and shoved and barged the other dogs and puppies enclosed with them in those running pen type cages, all yapping, baying, whining and crying for attention.

They know why the people come there! The children were themselves infected by that general excitement and charged energy in the air. They wanted every dog in sight. Not that I was there, that time, but I had been there before on numerous occasions, as 90% of our pet population over the years, came from the S.P.C.A.

Anyway, I digress, the puppy was carefully chosen and was being paid for when my wife spotted a kitten, not an ordinary kitten, no, an embodiment of the kitten to end all kittens, she was smitten, and as cats go he reciprocate most vociferously, as I was led to be believe. Besides which, the kitten was there on its last day and imminent euthanasia loomed that day and the sun would set on this tiny fur covered bundle.

So her promise that she would not bring, neither a dog, nor puppy home, was kept. How ever, it was a male kitten, a delightful grey tabby kitten, that was added to the family, which now with the latest addition was 2 dogs and 3 cats.

The stipulated, S.P.C.A., donation for a kitten, that included, mandatory neutering. This was paid for and a certificate for completion by the vet, after his doing the prescribed snips and stitches, was given to her, the wife and our kids took leave from our friends so that they each could sort out and settle their newly acquired pets into their respective households.

The Cat in the Hat Knows a Lot About Halloween!
Buy Now 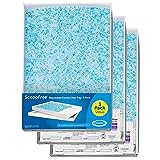 Once they had left the S.P.C.A., on their way home they passed the vet's consulting rooms, so they quickly stopped to arrange for Macavity's minor surgery. Everything up to now is normal, with the background theme from "JAWS" playing softly in the background, up to that point. Now the fun begins, background theme a bit louder, this kitten is immediately placed on a drip, as Macavity is suffering from dehydration, as well as needed to be dipped with a special formulated dip as she was . The routine feline flu, as well as the other regulatory vaccines, including rabies and a host of other injections needed to be administered. The poor kitten, from being rescued, to being in hospital and used as a pincushion all in the space of ten minutes. The wife needed to go back and pick up Macavity twenty minutes later, this gave her time to offload and pack away the sundry items of groceries. She returned to the vet, after paying the vet for his services the kitten had run up a purchase price of R 15.00, including the neutering, as well as the vets bill R12.50, injections etc., et........ . A grand total of R27.50, the same price as a carton of Camel filters, I still smoked during those years.

I was blissfully unaware of this whole situation, as I was at work, pulling my last day shift, for that cycle. Just as well, as I would have really popped a gasket then and there, charged back to the S.P.C.A., there and then demanded that the entire staff, not only, of the local branch but the entire regional and national office staff be held personally responsible and that a formal full page apology appeared in the national Sunday newspapers. I'm to date, still a bit funny that way. The vet later, in our long association with Macavity and himself, told me that he had reported the state of the poor cat to the Chief Vet of the S.P.C.A., so I did feel satisfied that an injustice had been corrected.

This was the start of the Macavity's expense account, remember this was in 1982 and a Rand went quite a long way, when you consider that our full month's groceries for a household of 5 plus a live in domestic servant ran to about R25o.00 excluding milk and bread. Conversely our combine take home earnings were only a shade over R1100.00.

A week later, Macavity went in for that operation, we went to pick it up now as it's status had changed. There was no complication with the procedure and all went smoothly, "JAWS " nearly reaching a crescendo, 2 days before the stitches are to be removed Macavity starts to experience severe pains when going out to urinate, it's meows had a pitiful, pain racked, drawn out cry for help.

Off to the vet, who after careful examination proclaimed the Macavity had crystals in his urine, and said that we too would be uncomfortable in that situation. Injected, medicated, and with the stitches examined and then removed as Macavity's healing properties were quite good. We went off and paid another bill, bringing the total up to R32.50.

Where Macavity was concerned, a special diet was fed to him, reduced bone meal and low calcium was what she was fed. However, I think Garfield was modelled to a certain extent on Macavity as he was an errant thief, would scoff down his food and then stalk every food dish in the house, at times if you were distracted, it would try and filch whatever he could from the table. The kids would sneak what they did not want to eat, from their plated and deposit on their laps, Macavity ate anything. The problem is that this resulted into more and more trips to the vet. Every now and then we heard the "JAWS" theme song in the background and packed it off to the vet.

It eventually got to the stage where, I could not stand Macavity suffering what seemed like every other week from the same problem, so I challenged the vet, who stated that there is a fairly severe operation where, it amounts him having an almost straight through passage from the bladder, poor cat would then just go whenever, where ever it was, as it would have very minimal control.

We had this done as the cat was really a wonderful natured errant thief and to date had in vet's bills and operation cost us over a thousand Rand. The operation actually nudged it over 1K mark, I have never begrudged a Cent of the money, as the love devotion and affection that cat had for our family, was priceless.

Macavity died when she was twelve years old.

The moral and the message I am trying to convey to all. A pet any pet is a serious commitment and you need to be prepared to sometimes spend a lot of money and time on them. So take pet ownership seriously.