Senior Cat Behavior or What My Fluffy Cat Penelope Taught Me

Cats are funny creatures that do absurd things. I am intrigued by their individuality and these hubs highlight their adventures.

Everything is Not Black & White...but my Cat Is!

My beautiful stray cat Penelope, (I highly suspect a Norwegian Forest Cat), was a wonderful, goofy cat full of life lessons. Let me tell you why. She lived to be eighteen, but right from the time I had her, she was always my "fluffy girl". I found Penelope when I was living with my husband in an apartment in the late 1980s. Probably more aptly, she found me. I came across her curled up in a chair on an old sweatshirt. She definitely was trying to find shelter from the deluge of rain we were having. Funny how that shelter was directly beneath my apartment. Do cats choose people? I think sometimes they do, or, they have a sixth sense of who might be a kindhearted soul. She was so tame, I couldn't imagine anyone just leaving her, but that's apparently what happened. Many stray cats landed at these apartments. I think it was because the complex had lots of trees and hiding places. I guess these people forgot that it sure does get cold in the winter...Penelope became very attached to me and actually would take walks with me and my baby daughter. I didn't use a leash, she walked right beside me. Whenever my infant daughter was being fed, she of course would be curled up in my lap. Penelope would always be near, but would wait until I put my daughter down and then jump up and curl up in my lap. Smart cat.

When Penelope (Penelope Pittstop) wasn't acting sweet and cuddly, she was a bit of a maniac and maverick.  She got her name because she used to take these mad dashes through the house just for the sheer joy of it.  All this cat cared about in the whole world was her shoestring, me, food, a soft place to call home and her favorite ray of sunshine on the living room floor (in that order).  She invented games and one of them was the "shoestring game" which was me basically dangling a shoestring in front of her, then her taking off in a mad dash with the shoestring in her mouth and me running behind her holding onto the other end of the shoestring, I kid you not!  She would hold her big fluffy plume tail straight up, she was so proud of making off with that shoestring.  She played the shoestring game well into her senior years.

In Poie's (pronounced Po ees) later years she somehow developed kitty Alzheimer's on top of kidney disease.  Believe it or not these issues didn't seem to slow her down too much, she just seemed to accept them and go on her merry way.  She wasn't in any pain through any of this and I am quite thankful for that.  Penelope reverted to becoming as needy as a kitten.  She was always underfoot and meowed constantly, especially at night.  The only way to to calm her was to carry her around and sing to her or put Tony Bennett on, and after she heard a little Tony Bennett, she would go right to sleep. I think because she couldn't see too well, she became worried about where we were.  She was fine, as long as she could hear our voices.  We had to make sure we didn't step on her because she was right under foot.  I don't know how many times I did the hop, spin and jump out of the way move to avoid stepping on that cat.  My former ballet classes served me well!

Making Friends with the Vacuum Cleaner

Kitty Alzheimer's can be rough on the "parents" of the cat, but it had many lighter moments too. One day when my husband was vacuuming something up, she decided to make friends with the vacuum cleaner, specifically the hose of the vacuum cleaner.  She followed that vacuum cleaner around whenever we ran it.  She would "track" the hose with her head; I guess because she couldn't see out of one eye, she had to move her head to keep track of her new "friend". Who knows what she thought she was seeing.  Maybe she thought the sound of the vacuum was a giant mommy cat purring. Very funny to watch and very memorable.

Penelope was a wonderful, funny, affectionate sweetheart.  What more could I ask for.  Well, she gave one last perfect gift.  About a week before she died, she made one last mad dash through the house.  What a great memory.  Thank-you, Poe

Live by the Penelope Rules 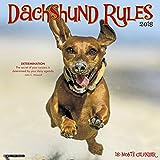