Mass Animal Deaths and Their Causes

A million tiny just-released infant octopi filled the underwater scene on the TV screen. In the voice-over accompanying the image. The voiceover lamented:

Your babies are dying.

This was included in one of the shows from Jacques Cousteau aboard his Calypso. The topic of the program was wildlife under the sea and its variety of reproductive methods and results. A million babies - or so it looked - were live-born, because in the octopus system, so few survive. We need these millions in order to gain a few more octopi in the ocean ecological landscape. 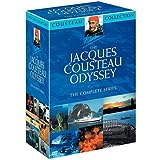 Daily, millions of human sperm die and few people think much about that.

Many brain cells die as a matter of course in each person every day -- Little thought of that occurs. Human egg cells are sloughed off regularly, but gain greater attention than sperm or brain in the mythology surrounding the Biological Clock.

True, some women discontinue childbearing years earlier than others, and without control; however, the phenomenon of a monster clock ticking in the bedroom like the Telltale Heart of Edgar Allan Poe is overstated.

Some less sensitive souls claim it ticked more loudly when American women were awarded additional public assistance money per each child born into that system.

For some women the clock ticks loud and louder, but some women hear no clock at all and eggs disappear.

Overprotection Can be Deadly

Regardless of the life form, Earth generally has many more individuals than is required to keep each species viable, except for endangered and threatened species.

Helping endangered ones can backfire at times. For example, in the New Jersey area of the late 1980s, a breed of goose became endangered and legislation passed to protect it from hunters. In a few years, the open lands and green spaces of the area were grazed down to the dirt by the protected birds, with severe soil erosion the result. Other wildlife was affected negatively, some migrating and some dying off in the area.

In other areas, some elephants are threatened while elsewhere they proliferate.

Considering possible results, when should we worry about animal deaths en masse?

Too Many, Not Enough

Herds of animals and plots of plant life are culled by a nature beyond our control. When you hear of such natural culls, do not be alarmed. Yes, the animals may be cute and the plant life attractive, but they die and become food for others. They prevent starvation of other species without endangering the existence of their own. It is disconcerting to watch, but natural all the same. When these animal and vegetable creatures die en masse by unnatural means - that is the common-sense cause for alarm.

I wonder what happens to all the salmon that die immediately after spawning at the end of their annual uphill battle to reproduce? I hope bears and other larger wildlife eat them. They may be inedible. Those that are not eaten, I hope are gathered and used as natural fertilizers as our First Nations did in history.

I hear nothing about the dead salmon every year; it's a natural occurrence. Circle of Life and all that. Perhaps birds on the other hand are to live forever? Are birds more like people, some being pets and able to talk, and therefore more noticeable in death? Or perhaps the public does not know about the dead fish at the end of the line of salmon life.

This brings to mind the assertions that fish, birds, and reptiles are all very closely related. Perhaps they are so - In that case, perhaps they are all culled naturally every year. A television news announcer in January 2011 stated that the dogs and cats of Arkansas had a good snack when the year-change bird fall occurred. This is better than total waste of the bodies in my opinion, provided the birds were not diseased.

This group of December 2010 - January 2011 cullings is the largest kill-off since the beginning of the the available log provided by the US government on April 1, 2010 (see link below). The latest entry found when accessed on January 7, 2011 is just below.

Current Events of Concern to the General Public

By January 7, media were reporting at least 5,000 birds killed.

These are large numbers, the next largest on the list dating back to April Fool's Day 2010 being only 1,500.

Each Saturday's Columbus Dispatch includes a syndicated column advising readers of odd natural occurances: beached whales, bats flying by daylight in droves, birds dropping from the skies, schools of fish migrating to waters where they have not previously been seen, dead volcanoes regurgitating lava once more, etc. I think the lists of events are becoming more interesting and more unusual. 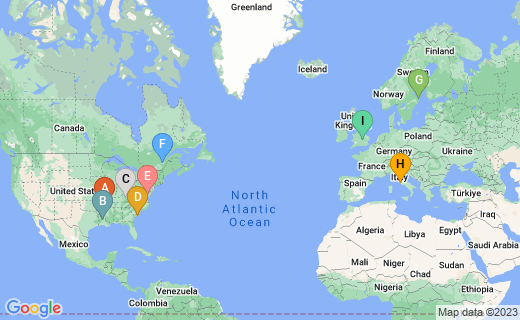 In addition to the Arkansas 1,000s of birds dying as if by trauma, 1,000s of drumfish washed up on the banks of the Arkansas river, dead, and in another part of the American South - Louisiana - 500 birds died soon after; Folly Beach SC experienced 1,000s of dead fish. Another report stated that many fish died in Chesapeake Bay soon after the Arkansas-Louisiana events. Then dead birds invaded Kentucky. So many culls east of the Mississippi within a week's time creates an unual series of events. And dead birds hit Sweden and Italy (700 turtle doves), while 1,000s of crabs washed up dead on England's shores.Then 80 dead pigeons hit Quebec. It does not seem natural when combined globally.

We do not hear of mass animal, fish, and bird deaths every New Year's Day. We do however, hear about conspiracy theories, the ushering in of new religious eras and such every New Year's. A renewal of the fervor over a 2012 world-ending event has arisen and the word Apocalypse has been spoken by many people. However, some religious leaders of TBN (Trinity Broadcasting Network) have told the media that they don't think it is the end of the world, but only a natural phenomenon. It still does not seem natural, being so widespread.

NASA Looks at Magnetic Pole Activities as Cause

"It's a fact that the Earth's magnetic field reverses its poles every 500,000 years, I believe, and apparently we're due. Scientists don't know how fast this geological event happens or even the consequences, but apparently animals such as birds and fish use the field so they know where they're going, so maybe this could be one possible consequence of the reversing poles." -- Comment about the Quebec birds made by Vince.

A 500-Year Cycle Of Pole Shifts

Related to this, the Chinese, Koreans, and other Asians have historically explained the magnetic poles as Yin-Yang energies and White Tiger / Blue Dragon (holding the Earth in place). The two beasts change positions in the sky every 500 years in order to begin a new learning cycle.

In December 2010 and January 2011, a change in magnetic poles would be in the presence of higher sunspot activity than previously existed for many cycles [see Sunspots and Sun Song].

One fact that does not jibe is that all of the culls have been in the Northern Hemisphere only, which is nearer the sun in winter, yet tipped away from it. What of the Southern Hemisphere? Wouldn't a change in magnetic poles affect life in both hemispheres?

No mass deaths have been reported from the Southern Hemisphere to date. Another solution is that something is occurring in the Northern Hemisphere alone to cause animal deaths. Exactly what, if such be the case, is as yet unknown.

Notice in the right-hand graphic how twisted and tangled are the north and south magnetic polar fields. Tangled enough to result in animal navigation problems and culls? How about people - does the reversal affect their behaviors or life spans?

Polar Dream: The First Solo Expedition by a Woman and Her Dog to the Magnetic North Pole
Buy Now

The Earth's magnetic north pole since 2011 is drifting into Russia at a rate of 40-some miles per year.

Tampa's airport had to close down and change signage to be in order with the shifting north pole. This was required to keep aircraft pilots' navigation compass readings on point. It is thought that the last magnetic polar shift that flipped north and south magnetic fields occurred 780,000 years ago (according to the information at the above link). This could confuse birds in flight or as they awakened and were dislodged from trees where they slept by some incident either natural or man-made.

Scientists are examining the bodies of all the groups of dead animals to determine cause of death. In Italy, the turtle doves might have been poisoned by sunflower seed overeating at the sunflower oil factory. The Folly Beach SC fish (Menhaden fish, which are used for bait) may have died of hypothermia. A full report on all sites will be intriguing.