Why Punishing Dogs Does not Work

Often dog owners are quite surprised when they learn how simple it is to train a dog using positive reinforcement. When behavioral problems vanish with a touch of patience, a dash of persistence and the dog's favorite treats, they often marvel as if they just discovered a whole new world. Indeed, gone are the times when dogs were trained using harsh methods on delivering strong leash corrections, alpha rolls and ''CTJ'' punishments. When reward based methods deliver the same, or even better results, than compared to old training methods, why not use these kinder methods and build a stronger bond with a four legged friend? 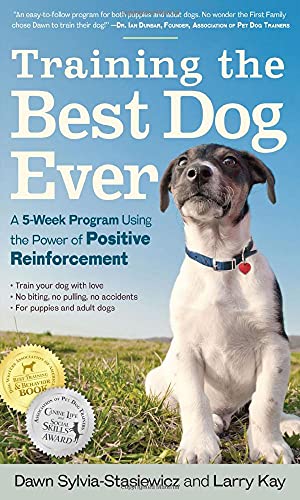 Why Punishment Does Not Work

• It May Affect the Bond

Punishment may appear to be effective at first but then it can backfire in many ways. One main issue when dealing with punishment is that it can be too traumatic for certain types of dogs. Soft dogs, the ones that cower just at the sound of a more authoritative tone may easily get frightened and this may negatively affect the future bond.  Instead of obeying because the dog has an authentic desire to please the owner, these dogs obey out of fear. Such dogs may live a stressful life and they may send a great amount of calming signals when they deal with the owner in an effort to calm him or her down. Instead, if the dog is given a chance to prove itself without the use of punishment these dogs may bloom into great dogs that trust the owner and are eager to please.

• Dogs Associate it with the Owner

Another major problem is the fact that dogs learn to associate punishment with the owner.  In other words, they learn to behave in presence of the owner and when the owner is away they misbehave. So, let's say for instance that a puppy likes to dig out holes in the yard. The owner delivers a harsh punishment by spanking the puppy. The puppy stops digging and looks for something else to do, so he starts chasing some leaves. The owner thinks the spanking worked. The puppy is then left one day out in the yard for a good hour and the owner finds the yard resembling more planet Mars. The puppy has learned therefore to behave when the owner is around.

• Wrong Associations may be Made

At times, punishment may bring out defensive traits that wouldn't have come out if the dog was not punished. For instance, let's say an owner has a dog that tends to pull towards other dogs. The owner is tired of dealing with this issue so he decides to adopt a prong collar.  Every time the dog pulls to get to the other dog,  he feels the pain of the collar which pinches his skin. Since this dog is anxious in nature, the prong collar increases the dog's stress and anxiety level and soon learns to associate other dogs with pain, With time, the dog is more under control but is increasingly aggressive towards other dogs, while before just wanted to meet them to be friendly.

Owners at times are not fast enough to punish their dogs and therefore the dog ends up not knowing what he is being punished for in the first place. Not all dog owners know that in order to be effective punishments and rewards must be delivered in approximately half a second. Wait a little too long and you dog does not know what he is punished for.  The cliche' of an owner coming home and finding his favorite couch bitten to pieces and scolding the dog is big time wrong. The dog does not understand why his owner is acting so aggressively. What has he done? He cannot understand. All he was doing was wagging his tail and being happy the owner came home. Why is his owner acting so unpredictably?

Another consequence that may arise in dogs that were punished too much by their owners is that the dog will generalize their mistrust to all humans. In other words, if a dog is abused by a bad owner that relies too much on punishment this dog will learn to generalize that all humans and will therefore not trust anybody. This is why shelter dogs require so much rehabilitation: they have lost trust in all humans and it will take a lot of love and reward based training to let them bloom.

In other words, dogs that are punished often tend to close up with the end result that it will not propose many new behaviors. This may interfere with training, since in order to learn dogs often need to be encouraged to take initiative. This is why clicker training often helps reserved dogs to open up and take initiative.

Often dog owners who use punishment will feel the need to increase the level with time. For instance, the owner  that may punish by giving a spanking to a puppy that digs, may feel the need to escalate to kicking when the puppy is found digging again. The poor puppy then will start feeling increasingly stressed which interferes with the puppy's ability to learn something new. It is far more effective showing the puppy an area where it can dig and praise him for using it. This way everybody is happy.

As seen, punishment does much more harm then good. It is best to ignore unwanted behaviors so they extinguish themselves with time while rewarding the wanted behaviors. This encourages dogs to critically think and find out the most productive behaviors to engage in. This is why reward training techniques have become so popular today, and why the most up to date training centers use only reward based methods.