Why You Should Avoid Telling your Dog ''No''

It is not a much uncommon scenario: Rover waits for the owner to get up from table leaving a roast beef sandwich unattended for a couple of minutes. Thinking that the owner was abandoning the sandwich, as a good canine opportunist, he abides to the philosophy of ''capturing the moment'' and therefore decides to go for it.

The owner comes back only to find an empty plate and Rover licking his lips and looking at his owner to see if he perhaps has more. ''Noooo!'' screams the owner. The dog looks at the owner a bit startled and every thing ends there.

A week later, Rover is happy to see his owner after missing him for a good eight hours. When the owner comes home, Rover cannot contain himself and therefore starts jumping on him aiming to lick his face. The owner starts saying ''no'', but then Rover does it again and the owner gives in and says ''ok, you missed me, I love you too!''.

Rover's problems then gradually start to increase. When his owner is working on the computer, after a long day of work Rover has learned to paw at his lap. ''No'' says his owner, looking at him and pushing him away. Rover continues, and the owner continues saying ''no'' and pushing him away. The owner is worried why the dog does not understand ''no'' so finally enraged he screams ''No!'' I said no! You stupid dog, what is it that you do not understand?''. Rover startles and leaves the room with his tail between the legs and goes to nap in the other room.

These examples happen quite often and dog owners often cannot grasp what is going on. We will evaluate carefully the dynamics so to better understand what has happened exactly. 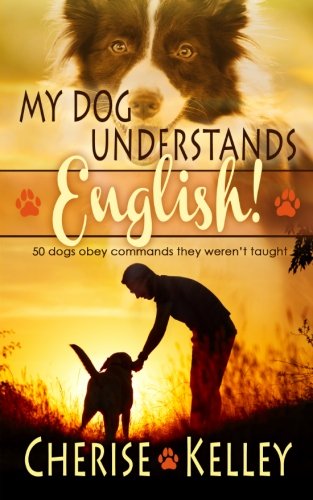 Why the Word No May Not Work

The word ''no'' is often overused by dog owners and what happens is that, with time, it becomes irrelevant to the dog. This in the dog training world is known as ''learned irrelevance''. In other words, since the dog owner says it over and over, like a broken record, the dog learns that it has no particular meaning. The word ''no'' is also commonly used a lot in human language and this adds to its irrelevance.

This ''learned irrelevance'' process is similar to why some dogs do not come when they are called. Owners use the dog's name all day long to an extent that the dog learns it has no meaning. It is a process similar to when you purchase a new refigerator: the first days its humming noise may sound as bit loud, but after some time you learn to accept and eventually learn to ignore it.

Things get even worse, if the word ''no'' has no meaning or actually suggests ''I don't really mean it''. As in Rover's case, the owner repeatedly tells the dog ''no'' when it jumps, but then the owner gives in. The message sent to the dog in this scenario is simply: ''Disregard my previous no, I didn't even mean it'' or worse ''my no really means that you can expect some attention and pats if you keep on insisting!''. A powerful word that therefore should extinguish the behavior of jumping is actually encouraging it, as ''no'' has become a prelude of attention and pats!

And of course, there is the ''no'' after the fact that may startle the dog, but the dog has no clue what it did wrong. In Rover's case, telling him ''no'' after he ate the sandwich will do no good. Since Rover was licking his lips and looking at the owner when he told ''nooo!'' he thinks that his owner is mad at him for simply ''licking his lips and looking at the owner''. It is a general rule that to be effective a dog should be told he did wrong withing a second. Since dogs live in the present they have a hard time recalling what they did a few seconds ago. So what does this ''no'' mean to the dog? Very likely the dog is confused as he has no idea what he did wrong. He may simply think that his owner is unpredictable at times, and has some odd fits of anger!

Finally, there is the ''no'' that acts as a reinforcer. Generally, when a behavior continues to take place despite a dog being told not to, there is some reinforcer at play. The reinforcer may not be as obvious as one would think. In Rover's case, after a long day at work, Rover seeks out the owner's affection. Anything will do as long as it is a bit of attention. When the owner tells Rover ''no'' he is looked at, touched and spoken to. This may be enough for Rover. But of course, when the owner increases the intensity of his ''no'' Rover gets all startled and scared. 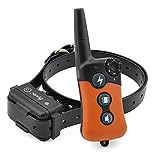 Signs the word ''no'' is not working and course of action

The cliche' of the dog owner claiming his dog knows the word ''no'' very well, but is simply acting stubborn is a very common one. As a general rule of thumb the dog does not understand the real meaning of ''no'' if the owner has to say it repeatedly, say it louder or accompany it with physical punishment. And worst of all, it is the dog owner's fault if ''no'' has not been explained thoroughly.

So what to do if a dog does not understand the word ''no''? Generally owners are better off starting off clean, that is starting all over with a new word that from this day on will clearly mean ''no''. Many trainers find the word ''eh-eh'' or ''ah-ah!'' more effective as it may grab a dog's attention more.

From this day on ''eh-eh'' or any other word used will be used consistently by all the family and it will have a real meaning. Best of all it will be used, before the fact rather than after. There is nothing you can really do realistically once your dog has gobbled up your sandwich or has urinated on the carpet hours earlier! And even more better, from now on, the ''eh,eh'' will tell the dog what not to do, but also what to do instead. So if the dog is jumping you would say ''eh'' eh'' and then ask the dog to sit. Once all four are on the floor the dog gets praise and a treat. In the dog's mind therefore ''eh-eh'' will mean ''oops! I got it wrong, ok, sitting is better!''

However, at times more clear commands are needed. It may be difficult for a dog to learn that ''eh-eh'' means ''leave that sandwich'' ''don't jump'' or ''leave me alone right now''. While generally it can be perceived as ''stop doing whatever you are doing or are thinking of doing'' some dogs do better with clearer circumstantial commands such as ''leave it'' for leaving things that can be eaten, '' off'' for not jumping up and ''enough'' for leaving the owner alone.