The first time I saw baby Canadian geese was in the side yard of where I used to work. In the springtime it would get warmer and they would open the side doors. That was where we would see the Canadian geese with their little goslings.

While they adults look nice, the goslings are absolutely adorable. I tried taking pictures with my cell phone, but the one that I had at the time was only about 2MP. That does not really provide you with a very good picture.

I had taken photography classes when I was a kid and I got back into it when I started bird watching in the late summer of last year. So this spring I went looking around the area to see if I could get some better pictures of some Canada goslings.

The Handbook of Bird Photography

This is an amazing book for the photos alone. However it is more than that it gives fantastic tips and advice. How to be in the right place at the right time. The recommended equipment, focusing methods and exposures to use.

On May 8th I noticed this gander hissing at someone when they walked by them. Which I found odd, as normally all the geese around here basically ignore you, even when you are about two feet away from them. Even more strange was it hissed like an angry cat, not honking like a goose normally would.

Then I noticed right behind him, by the shoreline, was a nest with an egg in it. For Canadian geese the eggs will take 25 to 30 days to hatch. I didn't know how long the egg had already been there, but I knew it would be late May or early June when the little goslings should appear.

Most of the time they are fairly docile creatures. However when they are protecting the eggs or their goslings they can become vicious. So if you see baby Canadian geese and you want to take pictures or videos approach with caution.

How I Found Them

When I went back the nest and egg were gone. I mentioned it to one of my fellow bird watchers and they said maybe the R.B.G. (the people who own the land) oiled the eggs to control the population. Another said maybe another animal got to the egg.

Luckily around a month later I ran into another bird watcher who told me that they had seen some goslings at LaSalle Park and Marina in Burlington, Ontario, Canada. I didn't know where it was but they offered to have me follow them in my car over there. They showed me the spot where they had seen them but there weren't any there that day. There were Canadian geese, some swans, and mallard ducks in the area.

When I went back the next day, they were there! I finally got to see the adorable little goslings again and this time I had a good camera to take pictures of them. I don't know why but just seeing them makes me smile. If you would like to have one of the pictures that I took I have posted them on my Zazzle store. Here is the link - Whatsittoyou's Zazzle store 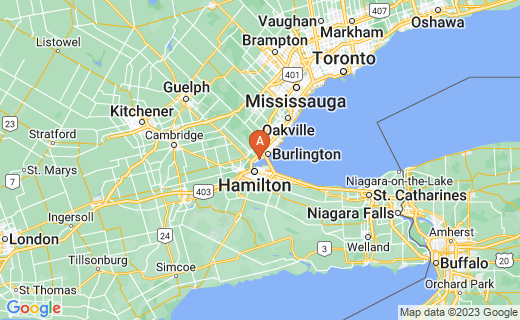 Perhaps you would prefer the artwork of a fellow Canadian, the world famous wildlife artist Robert Bateman. Below you can see some of his paintings and lithographs that are available.

What Do Canadian Geese Eat

Once I had found them I kept going back to watch them and to take more pictures. It is interesting to watch them interact with each other and the animals around them. Mom and Dad are always nearby keeping a watchful eye on them. If another animal or person comes too close they will start bobbing their head, then lower it, start hissing or honking, and then charge at them.

The cutest thing that I saw was when they three goslings did this themselves. There was a seagull, who was about 3 times their size, eating something nearby. Well they wanted to try eating it, so they charged the seagull and they actually scared him off! The seagull got up his nerve and tried to come back but they ran him off again.

For the most part I see them eating the grass, leaves, flowers, stems, and roots. They will also eat seeds and berries. They need to have a variety of choices as they are known to eat approximately 12 hours a day.

This is an excellent book for explaining how to incubate, hatch, and brood chicks yourself.

A great book for kids. A fun story, with nice pictures, and includes the facts.

Life Of a Canada Goose

There are typically 5 -7 eggs in a nest. Once they have hatched it will take 6 to 9 weeks before they are ready to fly. Sadly usually only half of the ones who hatched will have survived that long. This seems to be true of the family I have been watching. There were three when I started and now there are only two left.

However once they make it through their first year of life on average they will live for around 10 years, up to a maximum of about 24 years. They will usually stay with their family for a year, making the migration trips with them. During their second year they will find a mate. They are known to be extremely loyal and will mate for life.

While I love to see the little goslings, the adults can wreak havoc on your lawn. We learned this when we had a fire drill at work and had to use the exit door at the back of the building. When we went out that door you then had to walk along the side of the building where all the geese hung out. There were droppings everywhere and almost completely covering the lawn.

At work they tried buying a solid statue to keep them away, but it didn't work. They ended up buying Liquid Fence Goose Repellent which successfully kept them off of the lawn. Personally I don't really like the idea of making an animal sick, but that is what they choose to do. I wish they would have at least first tried a statue with a rotating head and moving it to different places every so often instead. 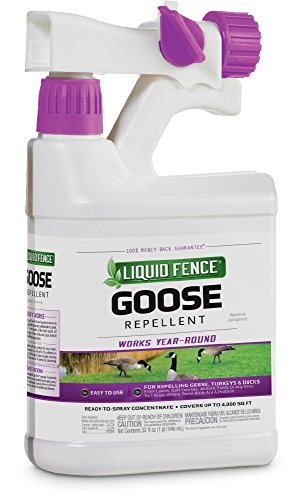 This works if you use it properly. You need to apply it, then cut your grass, and leave the cuttings on the ground. Once they come and taste those clippings they won't come back. You will need to apply it again the next year as there will be new birds to the area.

This is one way to deter them from going onto your property. It is more believable then the statues that don't have any motion. I would still recommend moving it to different places in your yard every so often to increase its believability.