Service and therapy dogs give veterans something to lean on.

Far too many soldiers return from the war with disabling injuries and disabilities that make it difficult for them to cope with the challenges of every day life.

But there is hope. Specially trained dogs of all shapes, sizes and color are helping these veterans in a wide variety of ways to give them the assistance they need to help them live a more full life.

This lens honors these canine heroes who give of their lives to veterans throughout the United States, and serve them unselfishly; providing them with much needed assistance, comfort and friendship.

New York's ABC 7 News reports about a new service dog program by Dogs for Deaf and Disabled Americans (AKA NEADS) of Princeton, MA. The dogs are raised primarily by prisoners, then trained for the specific challenges facing disabled veterans.

Organizations that provide veterans with service and therapy dogs. 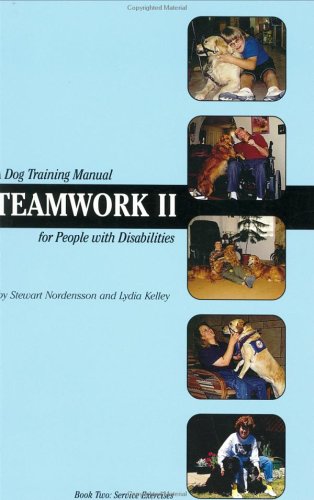 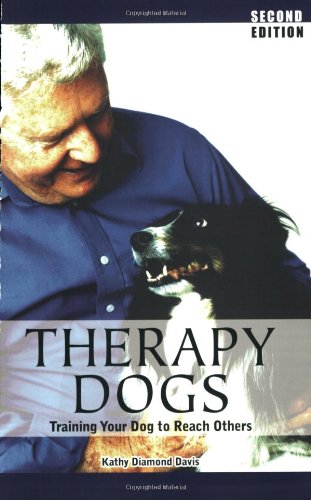 Therapy Dogs: Training Your Dog to Reach Others
Buy Now

Dogs are heroes in veterans eyes.

With a year-old golden retriever at his feet, Iraq war veteran Christopher Hill slept soundly through the night - something the muscular Marine staff sergeant hadn't experienced in four years.

Both he and Deuce are part of the Military Advanced Training Center, a department at Walter Reed that cares for severely disabled veterans.

(Photo by Alan Poizner for The New York Times)

Joe Keck is a soldier in the US Army who lost his left arm while serving in Afghanistan.

When Joe heard about the NEADS Canines for Combat Veterans Program while recuperating at Walter Reed, he requested that a Service Dog help him carry his text books and open heavy doors for him as he plans on returning to college. He also asked if his Service Dog could pick up small objects for him as it was difficult to do this with his prosthetic device.

Now Nolls, a big black lab, who was raised by inmates at the Hampshire County Jail fills the bill becoming Joe's extra hand.

Photo and story courtesy of Canines for Combat Veterans

Chris shares his story of PTSD and how his dog, Pele, helps him get through the day.

War dogs are veterans too.

Working alongside brave soldiers, K9 Corps have helped soldiers since WW I fight for our freedom - saving many, many lives, with no regard for their own.

Many times these dogs are wounded and in need of therapy themselves. In 2008, a new $15 million veterinary hospital for four-legged military personnel opened at Lackland Air Force Base, offering a long overdue facility that gives advanced medical treatment for combat-wounded dogs.

Over the years these dogs have given their lives to military service, while others return home to live out their life in the peace and comfort of their handler families.

Visit my Dogs of War lens and learn more about our canine military heroes throughout history.

This lens is brought to you by...

JohannTheDog.com - where you can shop for cool stuff for cool dogs.

JohannTheDog.com has put together, in one place, all the cool stuff you need for your dog.

And the best part is they donate 10% of their profits to dog shelters and rescues!