Some of the City Farms, Zoos and Wildlife in Britain and France

My selection of photo albums and videos of wildlife, zoo and farm animals photographed and filmed by me while on holiday in England, Wales and France.

A few of the videos are tongue in cheek (just for a little nonsensical fun) and include horse scratching its back and a penguin appearing to sneeze. Also filmed are hungry friendly sheep on horseshoe pass; filmed by me while on our way back froma holiday in North Wales.

City farms in England and France (and no doubt elsewhere) are working farms set up and run (usually located in the city) specifically as an educational centre for the public e.g. open to the public so that city dwellers can get a taste and feel of what life is like on the farm. City farms are often popular with school trips. For a small entrance fee (which helps with the running costs of the farm) the general public can wander around the farm to see the farm animals, and the vegetables; and learn more about farm animals and plant life on a small diverse farm holding. As with any other tourist attraction they often have the usual gift shop/information centre near the entrance where you can get more information; and the staff are invariably pleased to answer questions and give informative information.

When I get a chance I like to occasionally visit our local city farm in Bristol.

Locations of Some British Wildlife Featured in This Article 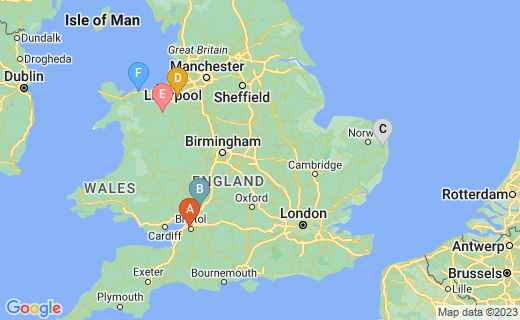 Haddiscoe Island and Oulton Broad, two places in the Norfolk Broads featured in this article.

Friendly sheep roaming fields and car park, and videoed while we took a break at the local café on the top of horseshoe pass.

South West England is generally quite hilly due to the Cotswolds (range of hills) along the English border with wales. South West England is also predominantly rural dotted with lots of towns and villages and just three cities, Bristol, Bath and Wells. Bristol also a County in its own right obtained County Status in 1373 awarded by King Edward III in recognition for the supply of ships towards the war effort during the 100 year war with France. Wells is the smallest city in England, only the size of an average town but has city status because of the existence of its Cathedral (Wells Cathedral) e.g. a Cathedral being a requirement for a town to obtain city status. Bath is a small city just 11 miles southeast of Bristol and Wells is only 20 miles south of Bristol.

The videos and photos of animals and wildlife in the West Country, all filmed and photographed by me include deer grazing in a park in Bristol, animals at Bristol zoo and birds at Slimbridge Wildlife wetlands, Gloucestershire.

While making our way towards an air display event in Bristol we passed these endearing deer and stopped for a few moments to watch them graze and capture them on film. Anyone who loves deer will love this video footage.

Animals and Birds at Bristol Zoo

The Commercial and Financial Centre of England

London the capital of England, and the financial centre of Britain, is in the south east; also in south east England are the commercial sea ports of Harwich and Dover; Dover being just 30 miles from Calais in France is the narrowest point between Britain and France. In contrast to the south west the south east is predominantly flat and relatively close to sea level.

The South East, with a lot more towns is more urban than the South West, one exception being the Norfolk Broads which is drained marshland near sea level consisting of a significant number of broads fed by rivers which ultimately drains to the sea at Great Yarmouth. The Norfolk Broads as well as being a main tourist attraction for hiring small holiday boats for the week to cruise the rivers and broads is also an ideal and natural wildlife habitat. The videos and photos in this section are all from holidays we've taken in the Norfolk Broads.

Victorian Windmill on the Banks of the River Yare

The Black Bulls of Red Mill are notorious for bullying innocent tourists staying at the Red Mill holiday home on Haddiscoe Island in the Norfolk Broads. Red Mill, which stands on the bank of the River Yare, being a derelict Victorian Windmill that used to be used to drain the water from the marshlands into the River Yare.

Never fear, if you cross paths with these bulls the farmers will come to the rescue and from them you will learn how to stand-up for yourself next time these bulls try to block your path.

All is revealed in the above video.

The Broads - A unique National Park: History Wildlife Recreation
A Kindle Edition of the Norfolk Broads, a unique National Park packed with wildlife and a popular tourist attraction; ideal for day trips and holidaying. I have hired a boat for a week a couple of times to navigate the rivers and Broads; and each holiday was breath-taking. And last time we hired for a week an old Victorian windmill on the Broads converted to a holiday home; situated right on the river Yare in the Norfolk Broads. The windmill, Red Mill is in an isolated location and surrounded by wildlife and tranquillity making it a most wonderful holiday experience.
Buy Now

The Midlands, as the name may suggest is in the Middle of England, and traditionally is the divide between the industrial north and the wealthier financial and commercial south. The Midlands have many industrial cities founded on sea trade such as Liverpool, ship building, industry like Birmingham or mining of natural resources such as slate and coal. The photos of zoo animals at Chester zoo in this article where taken by me while on a day trip to the zoo. Chester another city in the Midlands is just 30 miles from Liverpool.

In contrast to South Wales, North Wales in mountainous and for us to get there from Bristol we have to drive through horseshoe pass, a road that loops around the mountains in North Wales. In more recent years our main destination in North Wales has been Llandudno; and while holidaying in Llandudno we also ventured out on day trips to surrounding places of interest including on one trip a visit to the local zoo located on a mountain top overlooking Conwy Bay, and on another day a visit to Conwy Castle.

An entertaining video of apparently very hungry sheep on horseshoe pass in North Wales who are rather friendly with any passing tourist stopping off at the caf for a break; although of course they are well fed and in good health.

Feeding time for the Penguins at the Welsh Mountain Zoo above Conwy Bay in North Wales; and usually they follow the zoo keeper around the grass field in front of the tourist to be fed rather than the more conventional way of feeding penguins in the water.

Mountain goats I captured on film climbing the steep cliffs in the distance on the Cliffside at Llandudno, North Wales. It just seems remarkable how any animal can traverse such dangerous terrain quite effortlessly; although I appreciate that they are used to it and that it is their normal way of life.

While visiting Conwy castle in North Wales I captured these two rather friendly pigeons having a song and dance in one of the derelict towers of the castle.

Woodworking for Wildlife: Homes for Birds and Animals
This book features 30 woodworking design projects of nesting boxes and homes for 46 wildlife species, mostly birds; to attract wildlife to your garden and enhance the habitat.
Buy Now

Southern France, with good weather, has like anywhere else lots of zoos and wildlife parks so there's always plenty to see.

Although the one striking difference we find with zoos in southern France and Britain is how security and health and safety is relaxed in France so you can get much closer to the animals and often, as shown in the farm animals video here, when the animals are not dangerous the opportunity to be in amongst them.

This farm is part of a Tropical Flora Park open to the public in Southern France on the West Coast; in England such a farm open to the public for Educational purposes would be known as a City Farm. What makes this farm and the animals in it, particular special and spectacular is that they are not penned up but free to roam giving the tourist a unique opportunity to be there with the farm animals around them being able to touch them and hand feed them. 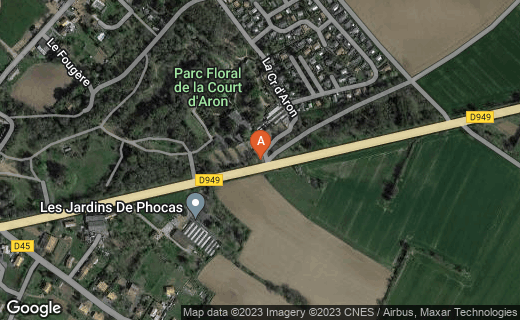 The Fun Side of Wildlife 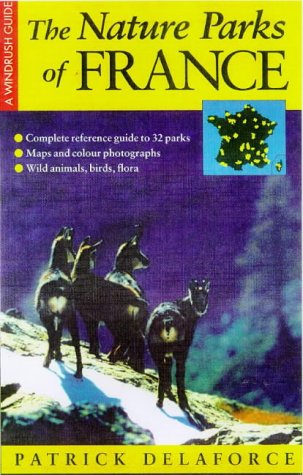 The Nature Parks of France
Guide to 32 National and Regional Nature Parks in France, with detailed maps, info and marked walks.
Buy Now

Below is a selection of animal and wildlife film clips which I put together, predominantly in post-production, just for a bit of fun so shouldn't be taken too seriously.

This is a short collection of film footage I put together from my travels in England and France with snippets of various farm and zoo animals, many captured in slightly unusual poses such as the fish with mouth open, the horse scratching its back and a penguin appearing to sneeze.

Just a fun video of a penguin who appears to be a bit sneezy and another one fascinated with washing.

Wildlife Pond in My Back Garden

Another tongue-in-cheek video; this time a video of yellow plastic ducks frequenting the wildlife pond situated in my back garden.

My Favourite Animal video is

The Full Story of Mistral the Swan

What Zoos Can Do: The Leading Zoological Gardens of Europe 2010 - 2020
With the changing nature zoos in the preservation of wildlife conservation and the importance role they play this book is packed with information on 80 leading zoological gardens across 21 European countries. Each zoo featured in this book is detailed over three pages which includes size of zoo, attractions and access with map.
Buy Now