It's said that one should not replace a lost pet too soon, because it will never live up to the first pet's memory. I got my second cockatiel over twelve years after my first one was stolen, and it still hurt me that he wasn't the same animal. In fact, it was the arrival of Angel after all those years that allowed me to mourn in earnest for Gabriel.

Not long after the adoption of my second feathered kid, I stood in the living room reading the contents on a CD case. My daughter put my bird on my shoulder. Out of habit, I reached up to scratch the bird's head. I was rewarded with a hard bite on the finger. The CD case fell and broke as I cried out in pain and shock and flung the bird down. My daughter and a visiting friend were astonished at my reaction, as was I, especially when from the depths of my soul I lamented, "It's not Gabriel!" and burst into tears. I cried for some time, and soon I was relating my memories of my beloved Gabriel on a website called "Tiel Talk."

There’s a Bird in My Room!

When I was a little girl, I wanted someday to buy caged birds and set them free. As a teenager, I compromised that child. Wild birds will sing, but not for your ears specifically. And they generally will not sit on your shoulder. So with anticipation I went to a local bird farm with my boyfriend Bob, where he got me the special gift of a gray cockatiel. I had already picked out his name. In my fantasy stories I had invented birds that functioned as angels, so I had bought a fake bird from Disneyland and named it Gabriel. The live version was even more beautiful than the fake one.

We had not heard of hand-fed birds, nor was Bob disposed to pay the extra cost for one. A man walked into a large flight cage, chased a bird down with a net, fished him out, and clipped his wings, impervious to his own bleeding from the bites of the terrified creature. That was Gabriel's rough start.

I would never fully get used to Gabriel's presence. In all the years I had him, I would say with wonderment, "There's a bird in my room!" It wouldn't be that way when I had a child. I wonder how Gabriel felt with all those humans around.

It obviously took a while for the cockatiel to grow accustomed to his new home. He never did warm up to Bob, although while I was away on a trip he befriended Bob's brother. With only that exception, he loved but two people, me and my dad. He would nestle up against my ear and gently nibble it until I petted or scratched his head. He loved to be stroked.

I fancy he could tell who was male and who was female and had clear ideas about our roles. He would sit on my dad's shoulder for hours on end, listening intently to everything my father said and whistled, never making a sound. Then, when he was on my shoulder, he would say the phrases and whistle the tunes Dad had taught him. Oh, what a repertoire he had! I don't know if I will ever recall everything he knew.

My father tried to teach my bird to say, "I'm Gabriel; I'm a nerd bird." But he refused to say the second part. Could there be a chance he understood it was an insult to himself? You might believe it when you've read the rest. Dad finally gave up on teaching him that second part, but the cockatiel readily learned "I'm Gabriel; I'm remarkable," instead. And he was remarkable, in my opinion. He had no hesitation in learning, "Hello, dumdum, what's your problem?" and greeting people that way regularly. My dad taught him to say when the dog walked into the room, "There's jealous Mitsie!" At the request of my sister, the philosophy major, he taught the bird, "I can talk. Birds can't talk. Let me out of this bird suit!"

It has been 20 years since he was taken away, so there is probably more he said that doesn't come to my recall now.

Gabriel knew a lot more tunes than words. He knew how to wolf whistle, and it was his preference whenever he whistled the "Charge!" tune to replace "Charge!" with a decisive wolf whistle. He whistled "Yankee Doodle," "Row Your Boat," "How Dry I Am," "Shave and a Hair Cut," and probably more. We started to teach him "California, Here I Come," but my father put a stop to it when he decided to move from California to Oregon.

Gabriel liked to dance and sing to music. He commonly lifted one foot up and down to the sound of his own voice, and sometimes cheeped wildly as he repeatedly "attacked" the talon with his beak. One friend said he was "casting demons out of his foot."

How Smart IS This Bird?

I used to tape a number of things in my room with my own narration. One was a reading of the gospel of Matthew with songs and musical accompaniment wherever they fit. During "For Unto Us a Child is Born," Gabriel joined in with a lively, rousing harmony. Another time, I taped one of my fantasy stories. In it, a stranger approached a castle. The guard called out, "Who goes there?" Gabriel whistled "Yankee Doodle." In the same chapter, a man with newly discovered magical powers had just turned himself into a hawk. He soared into the air, circling and climbing until--"crash! He ran into the ceiling. He had forgotten he was in a room in the palace, not out in the open sky." Gabriel chipped in, "Hello, dumdum, what's your problem?"

That all might be coincidence, but the following scenario really makes me think. In the spare room Dad used as his office, Gabriel sat on his shoulder and then climbed down on the desk. There sat a large ashtray full of cigarette butts. Gabriel picked up one, walked to the end of the table, dropped the butt over the side into the trashcan, and then returned for another. He repeated this action until he had emptied the entire tray. If only he had persuaded my dad to stop smoking, Dad might have lived longer!

Dogs live even shorter lives than fathers. Our Mitsie grew old and feeble, and at last was hit by a car and died. My father bought a new dog to keep my mother company. The new dog walked into the room. The bird began, "There's jealous--" and stopped right there. It seemed he knew it was a "jealous" dog but not our Mitsie. Dad taught him to say "There's jealous Cindy," instead.

Poor Gabriel must have wanted a mate. He expressed these feelings to the perch atop his ladder until it would make him bleed. The vet had me apply alum to stop the bleeding, but it never occurred to either me or the vet to remove the perch. I couldn't afford another bird. In my wildest dreams I imagined meeting a rich person who would bring a female pied cockatiel I would name Israfel, another angel name that I thought I had made up. I later discovered Israfel is famous in Muslim lore and mentioned in one of Edgar Allen Poe's poems.

Life with the Bird Lady

A woman was often seen with birds on her shoulders all about town. Everyone called her the Bird Lady. She had other pets as well. When I went away to college, I asked her to take care of Gabriel. I came back and visited my "child," and he seemed to be doing quite well. The Bird Lady said he no longer tried to bite strangers, and that he had even let a troop of visiting Boy Scouts pet him. But when I came back again, Gabriel was gone. The Bird Lady said her boyfriend had stolen him, along with some of the other animals she kept. I was never to see him again.

I don't remember what year I bought my present cockatiel, Angel. He looks just like Gabriel, except for three missing toes due to a run-in with a pet rat. He's a hardy little guy who has outlived two or three male parakeets and two other male cockatiels. He hates to be touched, although he will usually willingly get up on anyone's finger. He seems to like everyone, but only at a distance. He will wolf whistle (especially right after you do what he wants) and occasionally sing part of "The Mexican Hat Dance" and part of another tune I don't know the name of, but he does not talk. The poor thing would probably be tamer if his voice wasn't so shrill and loud. I can't keep him on my shoulder because his voice will hurt my ears.

Will I Ever See Gabriel Again?

Some pet websites feature tributes to special pets and a desire to meet up with them someday at a place called "The Rainbow Bridge," where animals are said to go when they die. Author C.S. Lewis argued that godly households, complete with pets, may continue to exist in the hereafter. (The Problem of Pain, Chapter 9--see ad below). On the website Christian Forums.com, the debate of whether pets go to Heaven raged for over three years, because the Bible says nothing about it one way or the other. I think it's reasonable to think that some animals, at least, are a lot like people and would be sorely missed by their owners if they are not in Heaven with them. I like to think that the dearest pets of my life, Mitsie and Gabriel, are there, keeping my dad company, because he loved animals so much and they loved him. And Gabriel, I think, would have a mate, because no one lacks in Heaven.

Ever wonder what goes on in a bird's head?

For those who have lost pets:

Lewis' books on pain and grieving

The Problem of Pain
Buy Now 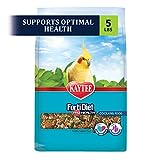