Groupers of the USA Atlantic and Gulf Coasts.

This page introduces a family of saltwater fish known collectively as grouper. Several species of grouper live along the USA Atlantic and Gulf coasts. The term grouper includes a wide range of species.

Among them are snowy, nassau, black, red, gag, yellowtail grouper and others.

The Nassau Grouper is tan with five dark brown vertical bars and a large black saddle blotch along its sides. Their coloration can change in response to their environment.

Nassau grouper occur in the South Atlantic, throughout the Bahamas, Caribbean and Gulf of Mexico. Nassau grouper are most common in the Florida Keys and Caribbean waters. 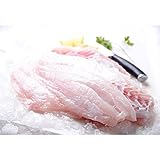 a small bowl; set aside.

Broil flounder fillets 4 to 6 minutes, or until fish flakes easily

with a fork. Remove from oven; spread with cheese

Broil about 30 seconds longer, or until cheese is lightly browned and bubbly.

Garnish with sliced lemon and parsley if desired.

You order an expensive meal of fresh grouper at your local restaurant or choose a gorgeous salmon from the market. Did you get what you ordered or a something else?

Americans have been shocked recently to learn that in many cases, meals at even top quality restaurants may contain counterfeit seafood.

David Price, a Ph.D. researcher from Florida State University, reported to the Georgia Senate Government Oversight Committee in November of 2007 on mislabeled fish. The expert found that DNA-tested grouper he purchased from Georgia restaurants turned out to be other species of fish over 50% of the time. 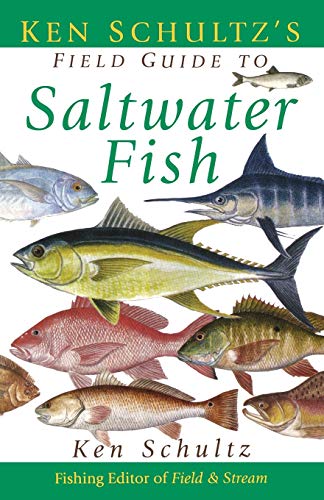 The Gulf of Mexico Fishery Management Council has voted to send Reef Fish Amendment 30B, which deals with gag and red grouper, to the Secretary of Commerce for approval and implementation. The Amendment addresses the overfishing status of gag and the recovered status of red grouper in the Gulf of Mexico, and is expected to become effective in late 2009 or early 2010.

In the meantime, the Council requested that NOAA Fisheries implement an interim rule to implement those portions of Amendment 30B that pertain to ending overfishing of gag, red snapper, greater amberjack and gray triggerfish as quickly as possible. The interim rule, which can only be used to address those provisions that deal specifically with overfishing, is expected to become effective by January 1, 2009, and will put in place temporary regulations until Amendment 30B can be fully implemented.

The interim rule will:

* Set the recreational gag bag and possession limit tot 2 per person, per day. The aggregate bag limit will remain at five.

* Charter boat and headboat operators who possess a Gulf reef fish permit must comply with Federal regulations those reef fish species experiencing overfishing (gag, red snapper, greateramberjack, and gray triggerfish) regardless of where the fish are harvested, if those regulations are more restrictive than state regulations.

The interim rule will eventually be replaced by Amendment 30B, which establishes a recreational grouper aggregate of 4 fish with a 2 gag and 2 red grouper bag and possession limit. It also includes a recreational closed season for all shallow-water grouper from February 1, through March 31. Additionally, charter and headboat operators who possess a Gulf reef fish permit must comply with Federal regulations when more restrictive than state regulations, for those reef fish species experiencing overfishing (gag, red snapper, greater amberjack, and gray triggerfish), regardless of where the fish are harvested.

On the commercial side, Amendment 30B reduces the minimum size limit for commercial red grouper to 18” and repeals the commercial February 15 to March 15 closed season on gag, black grouper and red grouper. Instead, a January through April seasonal area closure is established at the Edges 40 fathom contour, a 390 nautical square mile gag spawning region northwest of Steamboat Lumps for both the commercial and recreational sectors.

The regulations are necessary because the latest stock assessment completed under the Southeast Data, Assessment and Review (SEDAR) program, indicates that gag are undergoing overfishing. The Magnuson-Stevens Reauthorization Act of 2006 mandates that once a stock is determined to be experiencing overfishing, the Council must take action to end overfishing immediately.

Snowy groupers inhabit deeper waters than most other groupers.

These fish are sometimes caught by longliners pursuing tilefish.

Snowy grouper fillets are prized as a delicacy.

Scamp Grouper are found from North Carolina to Key West, and in the Gulf of Mexico including the southern portion of the Caribbean Sea. This species of grouper may live up to 30 years, reaching a length of 42 inches and weighing around 30 pounds. The scamp is the smallest of the shallow water groupers.

Marbled Grouper usually weigh from 5-25 lbs. In spite of its somewhat different appearance than other groupers, this is an excellent table fish, comparable with other groupers of its size.