Mixed breed dogs can be called a number of different names, as they are not a breed, they do not have one standard name. You may hear mix breed dogs being referred to as mixed-breeds, mutts, mongrels, and crossbreeds.

Mix breed dogs are the most commonly the effect of unwanted and unexpected litters. In many cases, the dogs end up in shelters and pounds. And sadly, but more commonly euthanized.

Mixed breed dogs can make great pets, as in most cases they get the genes from both, or all, the breeds involved in its making. And, most of the time they inherit the good stuff versus the bad. (But, of course, that is not always the case.)

Many mixed breed dogs have great temperaments. You may, also, find that many of these dogs are easily trainable, as well. Sometimes, these mongrels may have behavioral concerns, but with time, care, love, and training, you can easily turn them around.

You may think that the mutts at the animal shelter are there because they're bad and uncontrollable, but in reality, they're there because they didn't have the right owner, at first. Yes, there truly is one right owner for every dog. The right owner would have worked with the dog's jumping problem, or corrected the digging and excessive chewing concerns. But, most of the time, they take the easy route, and surrender the dog.

When attempting to classify a mixed breed, they tend to fall into three major categories: lab mix, shepherd mix, and terrier mix.

You Lab mix tends to encompase any black or yellow short haired dog.

You shepherd mix tends to include any short to medium haired black and brown dog.

But, you terrier mixes, tend to be a tad more complicated as terriers can range from small dogs with wire hair to medium sized dogs with short hair. Most terrier mixes tend to have some Jack Russell, Boston terrier, rat terrier, and other true terrier breeds in them. But, a lot of the time, any small dog mix or a mixed dog, in general, can just be classified as a terrier. Because there is such a variety of small dog breeds, your "terrier mix" can range in all sorts of sizes, colors, temperaments, and so on...

It's rather sad when people start calling mixed dogs "designer breeds," where in reality, you're just paying a pretty penny for a mixed hybrid dog. Not a breed, as no dog registry will register these dogs. Well, the Continental Kennel Club may, but they're not a true dog registry, as the AKC, UKC, or the Canadian Kennel Club.

A real breed must have a standard. So breeding a poodle with a yorkie gives you a poodle/yorkie mix, not the fancy "Yorkiepoo" that people will pay $600 or more for.

These, so called, designer dogs, can be found at tons of shelters and rescues worldwide, and they'd be gracious if you brought them home to love and care for. But, people insist that these labradoodles are special...

In reality it's truly you're choice...

But remember, when you check out a little of the cute goldendoodle, and notice that part of the litter resembles a poodle and part resembles a golden retriever, that's a mixed litter. It has no standard. It is not a breed. 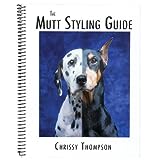 Pictures of the "designer dogs" can be found at flickr.com.