A White Fluff of Fur ~

Noela (shown here) came into our lives in 1984, a gift to my husband. We had just moved to Missouri from California, taking four of our horses and giving away the cats at the barn, we also had a little Poodle named Pippa, but sadly she died before our move. We had wanted so much for her to experience the Ranch in Missouri...after losing Pippa we thought we'd never get another dog, at least not soon.

Note ~ Sadly I have seen this page stolen to be used on various sites not related to Hubpages.

Scraper Protection: If you see this page anywhere else on the Internet besides here..PLEASE contact me...Thank You ~ Delia Pacheco

Christmas Shopping at the Mall

is where we saw this tiny White Fluff

We had settled in at the new house in Missouri, and soon after built a Barn for the horses...however we missed having a cat and dog...there the story begins.

Christmas of 1984 came, we went to a Mall in Kansas City to shop for the Holiday. While at the Mall the girls and I went into a Pet Shop looking around, and there she was, staring at us...a white ball of fluffy fur, with a button nose and black eyes, she was a Maltese puppy. We asked to see her...they placed her into our arms, and our hearts became warm with love.

There never was a thought about buying a puppy, we thought of adopting.

I have to say, we fell in love with this little angel. The kids went and looked for their dad to show him the puppy. I asked my husband if he would like her for a Christmas gift. He looked at our daughters and they said, yes daddy, yes, please! And there we were walking out with an expensive purebred Maltese puppy.

It took us forever to get out of the Mall because everyone walked up to us asking to look at her, you actually could not tell her front from the back.

We registered her with the name Countessa Noela, affectionately called her Bubela. A bouncy happy, cute puppy. She enjoyed playing on the red-yellow carpet from the former house owners who was a loyal Kansas City Chiefs fan...yep, the carpet was removed!

About a week later the puppy got sick. We called the Pet store and they told us to take her to their Store Veterinarian, which we did. She had a very bad case of puppy mill sickness.

The Vet called us and said he would take her home with him to treat her...interestingly enough we found out later she was a puppy mill bred dog, that she had been sick before at the store. This very Vet had taken her home before to treat her.

After a week she came home to us feeling better.

Our oldest daughter found a black and white kitten at the neighbors barn in a nail box. She brought her home and named her Oreo.

Noela got along with the new kitty, they played together and enjoyed each other’s company. Unfortunately almost a year later Oreo was hit by a car and died, this just after we brought her home from being fixed.

As Noela grew bigger I would take her down to the barn while feeding the horses. Her white fur would be covered with shavings making her look funny and unhappy, that is until I brushed her out...and what a job that was. I really was rethinking about bringing her down to the barn, at least inside where all the shavings was.

She loved running in circles on our property of 2.5 acres of grass, her hair blowing in the breeze, it was a hoot to see this...a real joy. 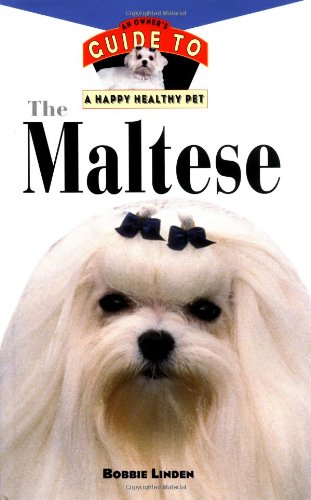 The Maltese: An Owner's Guide to a Happy Healthy Pet (Happy Healthy Pet, 31)
Maltese are elegant, yet fearless little dogs. With their long silky coats, these dogs require a lot of grooming. Bobbie Linden, a Maltese breeder and columnist for the AKC Gazette, turns her love for, and knowledge of the breed to the care of this feisty dog.
Buy Now

How can you Not love that Face...

She was such a cute dog, so good and so smart, always followed us around. Having many different looks with her haircuts, my favorite being "the puppy cut"

She always knew exactly when her master was coming home from work, sitting on the top of the stairs patiently waiting for him. We taught her not to come into the kitchen while we ate, she always laid right at the edge of the carpet watching us, and when she didn't hear the fork on a plate anymore, she'd try to sneak in. 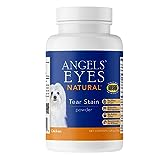 By 1988 we learned that the plant my husband was working at was closing, we were devastated. All our work to make this place the way we wanted... and again we had another job transfer, only 5 years in Missouri...now on to Wisconsin.

It was hard on all of us, even the daughters and the animals, hubby was already living in Wisconsin and I had the responsibility of selling the Ranch, downsizing horses, household items and all that went with moving. Both our girls did not want to move again, one was going to graduate the other was already out of school...I actually didn't blame them.

I found a Horse transport company that was willing to take the horses, me and the dog..I was so happy Noela didn't have to be shipped on a plane, and glad to be with the horses and dog for the whole trip, that really pleased me.

Since we didn't buy another Ranch, I had to find a private boarding facility for the horses, which fortunately was near our new house. Arriving late at night we took the horses to their barn, then went to the new house...Noela seemed to adjust immediately at the new place.

Long hair did not make her happy

even for a Maltese

One thing Noela didn't like was her hair getting long and into her eyes...she was always the happiest while clean shaven with a puppy cut, and I thought she looked the best in that cut as well...it made her look young.

She actually didn't like going to the groomer for a hair cut...I believe she got nicked several times causing her pain...when she came home she'd run circles around the house with happiness, rubbing on a carpet trying to get the ribbons out of her hair...she always smelled sweet, fresh and clean.

Thank You for having been in our lives

It was almost Xmas time and we were going to Kansas for the Holiday. We left her with the Vet and she assured us she'd take good care of her. When I called the clinic to see how she was doing, the Vet said, unfortunately Noela had another seizure and advised us it would be best to put her down...she came into our lives Christmas 1984 and went to doggie heaven Christmas Eve 1998.

How Blessed we where to have had her in our lives, she truly enriched us with her presence.

Big Dog or small Dog - what do you prefer?

Many small breeds of dogs...which do you prefer?

Do you have a preference of a small Breed?

Save a dog from a rescue-shelter

There are so many cute small breed dogs to pick from... easier to keep and maintain.

Where to get one...rescue facilities, specific breed rescues, or at a local facility.

Personally I will never buy from a Pet Store again!

Below are just a few small breeds to pick from.

All Photographs and story text is protected

copyright and all rights reserved

This was an enjoyable and cathartic story to write, bringing back good memories of our time together with Noela.