My Buddy, My Dog Jackson Blue

Linda Hahn is an excellent writer and a passable researcher! She has a blog, too!

Shoebox puppy he was at first, just a sleepy little love. Then, when he recovered from the teen-aged girls he'd been hanging with, my dog Jackson was my little puppycat. Sweet, but all mouthy biting loving. Four and a half years later, Jackson Blue still expresses love by pretending to bite my hand.

Then we hit the Tasmanian Devil stage hard. For a while, I thought my little puppycat was delivered straight from hell!

Now he is a good dog, a wonderful dog, a little character!

Jackson And His Best Buddy, Pepe'

This is my dog playing with his best buddy, Pepe'. It is definitely a love match.

Jackson is a Queensland Heeler - Australian Shepherd, dingo, and dalmatian.

Jackson loves to run and chases jackrabbits whenever possible. He herds kitties when they will allow it. He is a passive little guy, but loves to play with his dog buddies.

Are not all dogs descended from wolves? 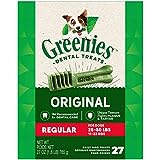 My sweet little puppycat turned out to be allergic to flea bites. This ultimately caused a secondary skin infection and lowered his immune system's ability to function. Everthing was making the dog miserable; and each problem had to be fixed.

The fleas had to go, antibiotics treated the infection, and healthy dog food helped him recover.

I've tried it all - Frontline, flea bath, oil in his diet, expensive dog food. My boy is allergic to flea bites says the vet.

I have focused lately on getting his skin healthier. I mix an egg with his dry food, half cooked from the microwave, otherwise it is too gross. Also am brewing my own cedar-cide by boiling cedar chips in water for about an hour. It agrees with his skin and adds a bit of oily sheen. Much better than his usual dry skin. The fleas will avoid the stuff.by jumping off when they make contact. I don't know if it kills them or not.

I have been cooking for Jackson a couple of months and adding Brewer's Yeast. The flea problem is still not solved, but Jackson is healthier, bright eyed and playful.

5. glasses, both prescription and reading

7. 2 baked potatoes, hot off the stove

8. 2 beautiful pork chops, including bones (this was very hard on the master of the house)