Parc Ornithologique du Teich in southern France near Bordeaux is the main holiday review feature in this article, although I also showcase the ‘city farms’ at Parc Floral et Tropical and Le Cheval Parc. Parc Ornithologique is a most wonderful bird wildlife park well worth visiting, especially if you enjoy wildlife wetlands like Slimbridge in Gloucestershire, England.

City Farms in Europe are open to the public and run like small farmsteads specifically for the educational benefit of people who live in cities; giving them an opportunity to see first-hand and get close to farm animals.

Wildlife Bird Parks and City Farms Reviewed in This Article 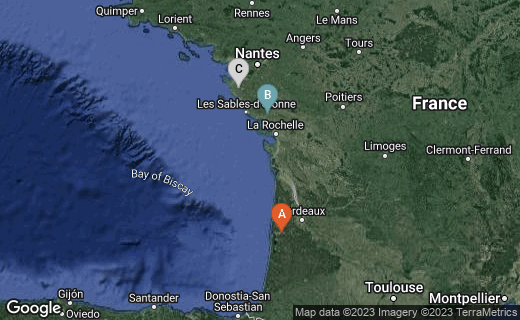 Fantastic Bird Park, worth an afternoon to meander the public footpaths and stopping at the hides and viewpoints for great photography opportunities.

Ideal place for a visit and spend a tranquil day meandering around the flora and fauna, viewing the wildlife; finishing with a tour of the city farm.

Horse Park with regular shows; also incorporates a city farm for tourists to view farm animals between the shows.

Wetland Birds: Habitat Resources and Conservation Implications
This book gives insight into the ecology of wetland birds, identifying their patterns of habitat, food and choice of breeding sites; giving a greater understanding of the potential and limits of wetlands as bird habitats as wetlands continue to decline.
Buy Now

One of the places we visited during our holiday in southern France was Ornithological Park du Teich, Bassin D'Arcachon near Bordeaux.

It was a great day out which I would recommend to anyone who loves birds, wildlife and nature. As with Slimbridge in England, Parc Ornithologique du Teich is a wildlife wetlands open to tourist which provides natural habitat for indigenous and migratory birds and other natural wildlife.

Below is a short video I made of our visit to this most wonderful natural bird park.

Brief Intro to the Bird Park at Teich in France

The Ornithological Park in Teich is part of Arcachon, not far from Bordeaux in southern France; and if you've been to the Wetlands for Wildlife bird sanctuary in Slimbridge, Gloucestershire it's quite similar. The park in Teich which has been open to the public since 1972 is a well preserved natural environment ideal for the 300 species of birds that thrive there. The wetlands of the bird park which consists of swamps, mud-flats, humid meadows, and ancient fishponds is an important migratory route for these European birds.

Slowly walking the park stopping off at the numerous hides and other observation spots en-route can be a pleasurable well spent half-day out. To full walk is about three miles return for the less ambitious there is a shorter route of about a mile distance.

In your walk you are likely to observe the usual array of birds typically seen in a wildlife bird sanctuary such as storks , ducks, swans, herons, the Black-winged Stilt or Common Stilt (Himantopus himantopus) and the Little Egret (Egretta garzetta

Great Photography Opportunities of Birds and Other Wildlife

Near the start of the walk you can see the storks nesting in the trees, there are several good observation points for this, and being the south of France you are almost guaranteed good weather making it a good opportunity for photography.

For a bit of Latin the storks belong to the Ciconiiformes family and are exclusive to the Ciconiidae sub group; and in laypersons terms storks are large wading birds with long legs. They have long necks and long stout bills.

Storks populate most of the world; preferring drier habitats to other closely related birds such as the herons, spoonbills and ibises. However, unlike other birds they don't have a syrinx and are therefore mute; making bill-clattering an important part of their communication at the nest site.

Most Stork species are migratory and on their return they do like to reuse the same nests, some of which can be huge; and they also tend to be monogamous. They generally soar using thermal air currents, or glide, rather than fly to conserves energy; and their diet mostly consists of insects, earthworms, frogs, fish, small birds and small mammals.

Close up of Storks Nesting at Parc Ornithologique Du Teich

Fantastic Video Opportunities of Birds and Other Wildlife

On the day we visited the Bird Park storks were nesting, and from a suitable vantage point I was able to set up my camera to briefly film them, as shown below, before we continued exploring the rest of the Park. Anyone with a good camera will be in for a treat exploring this Natural Bird Park and will be sure to get some fantastic photos or video footage.

A Park of Natural Beauty

Another Park we visited on holiday in southern France is the Parc Floral et Tropical. This is a Floral and Tropical garden Park, which attracts a lot of wildlife including fantastic dragonflies and for a rare treat the resident black swans. This spectacular park , in the Vendee is further north than Parc Ornithologique Du Teich so if on your holidays you don’t get as far down as Bordeaux to see the Bird Park in du Teich but happen to be staying on the Vendee coast then this is a good park to visit as shown in the video below which I filmed during one of our holidays in the area.

A Park of Diversity

The city farm at Le Cheval Parc is primarily a horse park in the Vendee so there is less opportunity to be interactive with the farm animals as you are at other ‘city farm’. Nevertheless, if you happen to be on holiday in the Vendee Coast and want a day out the farm animals are a side attraction, the main event being horses and riders performing to the public so it stills makes for a great day out as this video made be me shows.

Do You Frequent Wildlife Parks

How Often Do You Visit Wildlife Parks?

Lagoons for Laypeople - Wetland Wildlife
DVD with stunning cinematography, straightforward narration and on-screen notes provides a great understanding and insight into wetland wildlife of Lagoons, what makes these lagoons work and the importance to protect and preserve them.
Buy Now