After losing his hind feet in an accident, Oscar, a beautiful black cat, received implants that allow him to run and jump just like a regular cat.

This ground-breaking surgery saved Oscar from being put to sleep and allowed him to resume a normal life. The surgery also taught the doctors quite a bit, and so it will also improve life for other animals, including humans.

Oscar's Story - How He Became Bionic

A beautiful black cat lived in England. His name was Oscar.

When he was only a couple of years old, his owners let Oscar outside and he was wandering around the English countryside.

Like most cats would, he wandered into a corn field, probably looking for mice. The corn field was being harvested though, and one of the passing combines ran him over and cut off his hind paws between the ankle and the foot.

No one knows how long he laid there, it could have been hours but eventually someone passing by spotted him and they managed to find his owners' house. His owners rushed Oscar to the vet. They thought he would have to be put to sleep, but after giving him painkillers and cleaning him up, the vet suggested the owners contact a ground-breaking veterinary surgeon who might be able to help.

Considering he was hit by a massive harvester, Oscar was extremely lucky to have only lost his hind feet at the ankle and he was young and healthy, so he was a good candidate for a surgery to replace his feet. This other vet was working on developing prosthetics for animals and might be willing to consider developing new feet for Oscar.

After studying the cat's bones and doing lots of tests, the surgeon decided he would try to help him.

The surgeon created feet that mimicked the natural feet of a cat. Then he drilled holes into Oscar's ankle bones to connect titanium rods covered in a specially designed material. The titanium rods stayed connected to the bones, then the feet were attached.

Now Oscar is back to running around and doesn't even seem to realize he is impaired. 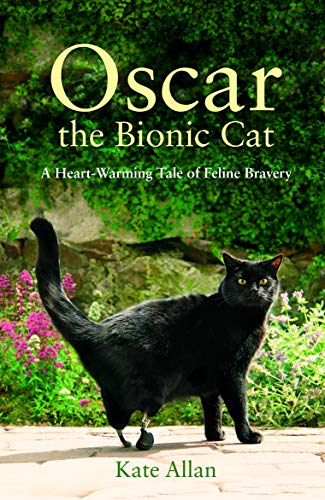 Oscar: The Bionic Cat
There is now a book out about Oscar the Bionic Cat. Get it and read his story.
Buy Now

Oscar's story is incredible, but he wouldn't have had to go through all that pain and suffering if his owners had kept him indoors.

Cats allowed outdoors on average die years earlier and may suffer horrible accidents. Oscar could have been thrown where no one could ever find him and he could have died alone, suffering.

Please, if you care about your cat, keep them indoors where they will be much safer.

He is the first animal to have 2 bionic leg implants.

He is also the first animal to get implants in moving joints.

The Bionic Vet is a TV show about the vet who fixed Oscar and saves other animals. It's no longer on TV, but you can watch it online.

The first episode features Oscar and the behind-the-scenes story of his incredible feet, as well as a dog with crippling arthritis so bad that one of his paws collapses. Click through for other available episodes.

Oscar Can Now Use His Hind Paws

A year after his surgery, Oscar is using his prosthetic paws as though they are his original paws. He prances and kicks and runs on them, and gets to live like a normal happy cat.

Boing-Boing the Bionic Cat
This is an adorable fictional book series about a boy who is allergic to cats, so his professor neighbor builds him a bionic cat. This is the first book in the series and their adventures are great stories for kids in grades 2-4.
Buy Now

Oscar Walking in the Garden 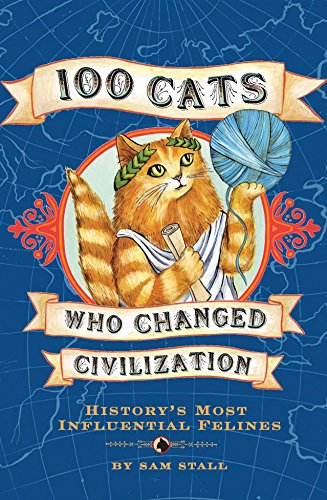 100 Cats Who Changed Civilization: History's Most Influential Felines
This book is full of short stories about amazing cats who have changed our world. They are history's most influential felines.
Buy Now