When we can, we rescue as many cats as we can.

I used to have a neighbor who worked for a Vet and when I would catch and partly tame the outside cats - she would take them to work and get them "fixed" and their shots for free.

We would then let them loose again outdoors as there are just so many cats that no one needed/wanted another one.

But, at least these cats that we were able to help were not out making more kittens and were much healthier and happier as they had no need to fight or roam around.

They just stay close by and have been adopted by the whole neighborhood.

At the very least, get them "fixed" if you can

We take care of 21 cats altogether, they have all been "fixed" and had shots.

One of them is an old gentleman cat that has been my friend for years. His brother (Who was also "fixed" and had shots) just died a few months ago (late Winter 2008-2009). They did everything together and even hunted together. They lived outside and had 3-4 homes where they visited. Now, with his brother gone, he spends most of his time in my yard and on my porch.

He is a sweetie, but would never want to be indoors. He is happy outside, but I do worry about him. He is about 8 years old or more, so I guess he can take care of himself and he is very smart.

Some of the other cats are spread out between 3 homes. We tried to catch the old Momma to have her "fixed" but she was just too wild and eventhough she let me feed her for 10 years, she never let me pick her up or hardly even touch her.

She is gone now, but she knew I would make sure her babies were okay and every year she brought them to me.

Funny, she wouldn't let me pet her but she gave me her babies and would watch me play with them.

When they got old enough, she would just not come back for a few days to let them depend on me and me to take them away. Then she would come back to get her dinner on the porch.

She must be gone now because I haven't seen her in a few months.

Are you helping to curb the problem ?

It's Spring again and the time of year that cats are really strutting around looking to make some kittens.

Are you doing your part to stop the over population of stray cats by having them "fixed" ?

At least have your own cats done - and if at all possible please do the same for a few strays too by helping your area's effort or by donating to your local shelter for them to do it.

Even if you can't help with rescue...

You CAN help with prevention !

This is important and it can start at home by getting your indoor cats "Fixed" so if one should get outside, it doesn't add to the problem of too many strays !

Please copy the link to my page here and pass the link on to others to help spread the news:

Stuff for cats - both indoors and outdoors

Go Pet Club Cat Tree, 50W x 26L x 72H, Beige
Cats like to climb, hide and need to scratch so give them their own spot.
Buy Now 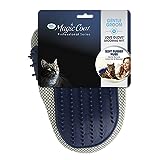 Four Paws Magic Coat Professional Series Love Glove Cat Grooming Mitt
Cats need to be groomed often if you want to keep their fur off of your furniture.
Buy Now

Merry Pet Cat Washroom/Night Stand Pet House, White
This just might help those who like their cat to be in their room, but not on their bed.
Buy Now

Tell us about your stray cat rescue efforts