The cuckoo bird is more often heard than seen. The familiar "coo coo" sound is usually associated with the little bird that pops out of the Black Forest cuckoo clock to call out the time. But there is more to the cuckoo bird that meets the eye. It is a brood parasite. It does not make its own nest and lays its eggs in the nests of other bird species. The responsibility of parental care lies solely on the unsuspecting foster parent who will incubate and hatch the egg and raise it as its own. The young cuckoo chick will instinctively throw out host eggs and other hatchlings to get all the space in the nest and food for itself.

Listen to the call of the cuckoo bird

Not all cuckoos are brood parasites

There are 142 species of cuckoos but only 40 percent are brood parasites. The non-parasitic cuckoos build nests, lay plain white eggs, incubate them, and rear their young as expected of birds. Brood parasites, on the other hand, never learned to build their own nests. They are on the lookout for host nests that have eggs that resemble their own. The cuckoo incubates its egg inside its body for an extra 24 hours to ensure that it will hatch first as soon as it hijacks a nest, eats or throws out the host egg and replaces it with its egg. The cuckoo bird then takes off to repeat the same strategy in another nest. Bad bird behavior does not stop with the mom. The hatchling will toss out any object that touches it in the nest, like eggs and other hatchlings. The unsuspecting foster parent is left with rearing and feeding the cuckoo bird at the expense of losing its own.

Survival of the fittest - How the cuckoo population survives

This video captures what brood parasitism is all about. The female cuckoo raids a nest, eat some of the eggs of the host bird and lays its own eggs in the nest. The poaching female cuckoo bird then takes off and leaves the host bird of the nest to do the mothering duties. Barely 24-hours old, this blind cuckoo chick instinctively knows how to get rid of competition by rolling any remaining host eggs or chicks over the edge of the nest. Here it is using the indentation on its back to heave the egg out of the nest. This way it gets all the worms and food for itself. Somehow, the baby cuckoo chicks manages to fool the host birds to care and nurture them as if they are her own. This may seem to be self-serving but it is nature's way to allow the cuckoo population to thrive at the expense of the host eggs.

Cuckoo birds are able to mimic the pattern and color of the eggs of the host nests they are victimizing. This way, the egg can just be dropped into an unattended nest and blend in with the other clutch of eggs. The unsuspecting foster mom will not know any better even if the egg is larger than the rest. How is it possible that the host mother cannot recognize a foreign egg? This is one of the oddities of nature.

Why Evolution is True - mimicry: the nefarious cuckoo

The Common Cuckoo (Cuculus canorus) formerly known as the European cuckoo is a brood parasite that prefers to lay its eggs in the nest of smaller birds, like the Eurasian Reed Warblers, Dunnocks and Meadow Pipits. Its choice of nest is based on the color of the host eggs which matches her own. It replaces one host egg with one of her own and lays 4 or 5 eggs more at 48-hr intervals each in a different nest.

The Great Spotted Cuckoo (Clamator glandarius) lays its eggs in the nests of starlings and magpies but unlike the Common cuckoo, it does not throw out the host eggs. However, the young magpies usually starve to death as the cuckoo chicks usually monopolize the food. In the summer, the spotted cuckoo migrates to the warm open country of southwest Europe and western Asia and winters in Africa.

The Pallid Cuckoo (Cucullus pallidus) lays its eggs in the nest of honeyeaters, woodswallows, whistlers, and flycathers. Its eggs usually resembles those of the host eggs and the unsuspecting host will incubate and hatch the eggs along with its own.

Why Evolution is True

Cuckoo chick ejects host egg and hatchling out of nest

This video is heartbreaking to watch.

A Bronze Cuckoo bird growing up in a Golden-bellied Gerygone's nest.

These photos show host moms feeding a variety of cuckoo chicks who have outgrown them. Since the cuckoo chicks grow in leaps and bounds, the job of feeding these voracious interlopers is a daunting task. This is comical, yet so tragic.

This Common Cuckoo fledgling is at least four times the size of the little Willow Warbler foster mom. The warbler does not seem to mind feeding this monster kid. This is mother's instinct at its best.

A Yellow-plumed Honeyeater (Lichenostomus ornatus) is feeding this growing Pallid cuckoo chick who doubled its size in 5 days. Pallid cuckoos have a liking for hairy caterpillars and larvae of other insects.

This picture says it all! The over-sized Pallid cuckoo is still squatting in the Yellow Plumed Honeyeater's nest and being fed by the dedicated little foster mom. Since the honeyeater mother is small and can only fetch so many insects at a time, she will have to make several trips to satisfy the hunger pangs of the Pallid cuckoo chick.

A group of cuckoos are collectively known as a "cooch" and an "asylum" of cuckoos.

Cuckoo is slang for a foolish or crazy person.

Cuckoo is slang for a foolish or crazy person.

Take a quick poll about the cuckoo bird

Given that the mother cuckoo bird does not build its own nest, drops off its egg in another bird's nest, eats the host eggs and even throws out the other chicks out of the nest, and let the foster parent rear its chick-

What is your impression of the cuckoo bird now?

Fun cuckoo bird products for you 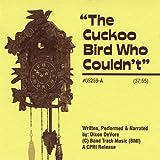 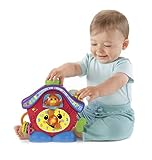 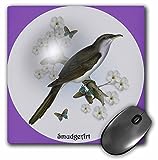 The plaintive sound of the two-note cuckoo bird call is immortalized in all cuckoo clocks, whether these are mechanical or battery-operated. The quartz-driven modern day clocks have digital recordings of the cuckoo calls.

Parasitic Birds and Their Hosts:

Deception at the Nest

Say Goodbye to the Cuckoo:

(Bird Families of the World)

Cuckoos, Cowbirds and Other Cheats

Handbook of the Birds of the World, Vol. 10:

Cuckoos, Cuckolds, and the Invention of Monogamy

Let's hear it from you. - Nature versus nurturing

Brood parasites like cuckoo birds and cowbirds pawn off the responsibility of rearing their young to the host parents. Why is the foster parent so accepting of the imposter at the cost of her own hatchlings? Why is the biological parent off the hook so easily. Is this nature's way of saying only the fittest survive?

Leave your thoughts here before you fly off.