Tilapia: 5 Things You Didn't Know About This Fish

Mary is a tilapia farmer in Brazil. Through her articles, she shares insights and tips to make your farm more profitable.

If I ask you about tilapia you might say something like, “Oh tilapia, is one of my family's favorite fish to eat”. It is true that it has seen a surge in popularity for a few reasons.

Firstly is because of the cost, tilapia is a less expensive option compared with many other fish.

Secondly, it is popular with all family members because it doesn't taste too fishy. Some fish are quite strong and for some people too strong. This is not the case with tilapia, it has a less fishy taste so even the kids enjoy it.

But it may surprise you to know that there is more to tilapia than just a meal.

How do I know? We have a small tilapia farm here in Brazil. We farm it for the local community and also sell to larger buyers from the state's capital.

When the fish is collected by a our larger buyer it is taken to a factory where it is processed into fillets, packed and shipped out.

So what do they do with the excess fish waste?

Tilapia as a Bio Fuel

Normally bio-fuels are produced from maize, sugar cane or soybean crops which are grown on land that could be farmed for food crops for human consumption. When there are people who are going hungry, one has to question the morality of growing crops to power cars and other vehicles.

This is one of the reasons projects like this one in the Central America are encouraged by many environmentalist and charities.

The remains of the processed tilapia are pulverized and used to make bio-fuel. In the country of Honduras, a company called Aquafinca, which supplies 25 million kilograms of tilapia to the US, have built a special processing plant for the fish waste. They produce 15,000 liters a day of bio-diesel which they use for their company vehicles, and to produce electricity for their operations.

After the fish is crushed, methanol and caustic soda are added. This mixture is filtered and the glycerin which is removed is sold to soap and cosmetic manufactures. The bone meal is used in pet foods, and sold to garden centers.

There are similar plants, in other parts of the world which also use fish viscera as bio-fuels including Brazil and Vietnam. 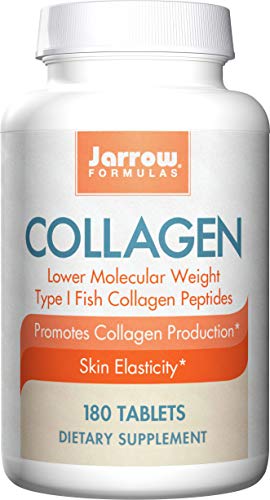 The injections of collagen many people have could have come from tilapia. It is fast becoming a popular choice as it readily available, and fish collagen is more easily absorbed than collagen from an animals such as cows. Alternatives were found after BSE (bovine spongiform encephalopathy), or mad cow disease, as it is more commonly known, was discovered.

The collagen is not only in the form of injections but also as a supplement and in moisturizers and facial creams.

Yes you did read the title correctly. In some countries, fish oils, including those from tilapia are being added to orange juice to increase the levels of Omega 3 in the diet. Tilapia is a rich source of Omega 3 and along with other fish such as sardines, and anchovy are now added to popular juices. One such brand is the popular Tropicana Orange Juice.

As someone who has scaled many tilapia in her life, I can tell you that the skin of this fish is not only robust but quite beautiful. This and the ample supply are just two of the reasons, it is being used as a material for everything from jackets to jewelry. Do you fancy wearing a tilapia bikini?

This is a popular emerging market as a by product of this commercially produced fish.

Tilapia are marvelous for clearing algae in lakes and ditches, and in some parts of the United States they are released to do just that. However, it is worth noting that left to their own devices, tilapia can begin breeding at 4 months and they are prolific breeders. What can occur is an over population of fish in a short amount of time. You will then end up with stunted fish and a body of water which can become full of algae due to the fish excrement.

The way to combat this is to allow fishing. If a lake is full of tilapia and dragged with a net, it is unlikely you will be able to clear it. These fish are resistant and can live in temperatures up to 40°C (104°F). They also can survive in very little water and one of their favorite tricks is to hide in the mud to avoid capture. Only through draining a lake or allowing a ditch to dry out can you be assured of removing all the tilapia.

Natural predators such as birds which eat fish will remove many as well.