Tilapia - Fish Farming in the Philippines

Tilapia are some of the most farmed ("cultured") fish in the world--right up there with carp, catfish, trout, and salmon--and are considered the fifth most popular seafood eaten in the U.S.

During a trip to the Philippines a few years ago, I saw various methods of fish-farming--in particular, the methods used for raising and harvesting (and cooking!) these interesting fish. The up-close photos of these critters and their ponds here were taken during that trip at my wife's cousin's farm in Pampanga Province on Luzon Island.

Aquaculture is important in many countries, particularly in Asian countries such as the Philippines--the protein provides a needed addition to otherwise protein-limited meals.

This website provides some information and additional resources for those interested in aquaculture and tilapia in particular.

Get the Treatises on Fish Farming Technology So You Can Harvest Your Own Tasty Meals!

Fish Farming Technology
This excellent reference on Fish Farming Technology covers much of what you need to start and operate your own fish farm -- and tilapia being one of the fish that can be raised with the methods described in this book. The book's 81 papers and abstracts from a fish farming technology conference cover the planning, set-up, and building of holding tanks and large ponds, the filtration systems, powered aeration systems, feeding systems, and harvesting techniques. Discussions of the needs of various fish types are also included.
Buy Now

Want to See These Fish Moving (and How They Are Farmed)? Check Out These Vids!

Read Up on Tilapia (and other) Aquaculture and Farming!

There are lots of references out there to help you build your own aquaculture or mariculture enterprise. I've compiled some of those I believe are useful in that endeavor. After working at a university marine laboratory and helping them to build some large-scale aquaculture/mariculture tanks and ponds, I've seen the capability of these structures.

But they are delicate in other ways. If you don't have the water filtered just right, or if you don't have the right food or feeding routine, the fish won't thrive. Also, you may find yourself with algae problems or predator problems. But the references provided here will steer you away from making mistakes if you study them and follow their advice! 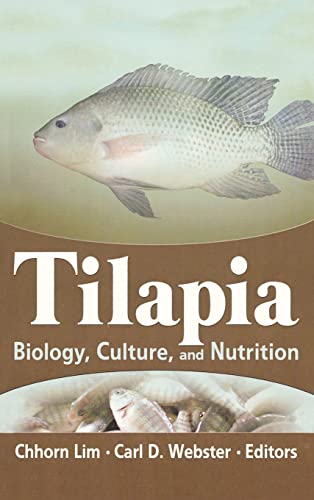 There's good reason to want to raise or farm tilapia--they have a fine-tasting, flakey meat; they are relatively easy to raise or farm; they are more robust and prolific than other species; and, they've been farmed and harvested for nearly 2,500 years (lots of experience out there raising these fish!).

I've worked as a research aide at a university marine laboratory where we tested various methods of aquaculture and mariculture.

As you can see from the photos here, the tilapia ponds shown are natural-looking (sort of dug out of rice paddies that may have been there before the ponds were lined and filled with water). Also, the tilapia farms shown in the lake of the Taal Volcano are enclosed in underwater cages to keep the fish contained.

When I worked at the marine lab, we built holding tanks that were perhaps 6 cinder-blocks wide by about 30 cinder-blocks long and 5 cinder-blocks high. These "tanks" were then painted on the inside with a quick-setting resin to make them more water-proof. Then, a recirculating, water-filtration system consisting of three plexiglas 40-gallon aquariums filled with gravel and carbon chunks was mounted on one end of each tank. Water was directed from a main source into the filtration systems before being allowed into the tanks. When the tanks finally filled within about a foot of the top -- where the recycle outlet for the water going back into the filtration system was -- the "fry" (juvenile fish) were added to the tank.

We would feed the fish some commercially-available pellets about once or twice a week, and over a period of a few months, we watched as the fish grew to their adult size. Of course, along the way, we'd sample some of the fish to measure them and check for their health to adjust their feedings and water quality.

For a small setup... for instance, in coordination with a hydroponics garden or similar venture, you could probably use tanks originally intended as a horse or cattle trough or as a water-storage tank.

With a little research through the resources provided here, you might have a fine way to grow some protein -- that doesn't make noise like chickens or cows, but is similarly tasty.

Another View of a Tilapia Farm Pond, Mabalacat, Pampanga, Philippines

Checking the Fish Size by Harvesting with a Net

Yum! Grilled. With a Bit of Sauce and Garnish!

Want to See Tilapia Being Cooked? Check Out These Vids!

How Do You Like Your Tilapia For Your Meal?

NOTE: All photographic images in this website, with exception of those obviously in the Amazon, eBay, YouTube, and similar sections, were shot on my own camera by me and are thus mine. Likewise, the narrative is original and based on my experiences. Your mileage may vary.