I just love watching whales! We have 45 species of whales, dolphins and porpoises in Australia, all of them beautiful enough to give you goosebumps, but surely the whale is the most magnificent.

From June to October we can see the whales migrating from their summer feeding grounds in the Antarctic to the warmer waters off the Australian coast. Their path is the same each year and I pack up for a couple of weeks to watch these majestic creatures.

One of the more exciting treasures of the whale watching season is looking for Migaloo (white fellah), the only documented white humpback whale in the world.

Find out more at Migaloo and Bahloo Sightings

But we have the White Whale in Australia!

Migaloo regularly travels along the Australian east coast during the whale migration season.

He's become a national treasure and so he should, what a sight it is to see him!

He's so popular with whale watchers that we have been asked to stay a good distance back while we admire him.

Each year most of the large whales in the southern hemisphere follow a general migration pattern.

Summer is spent in the cold waters of Antarctica, where they feed on enormous quantities of the prawn-like krill.

In Autumn, as the temperature falls and ice begins to form on the sea surface, the whales begin their northward migration to more temperate, sub-tropical (in some species, tropical) waters to give birth and to mate before returning to Antarctic waters at the end of Spring. 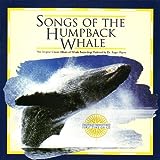 The Music of Whales

Humpback whales have been described as inveterate composers, and that's a lovely way to think of their underwater communication.

I don't know what they're saying to each other but the sound relaxes me.

Humpback whales sing some of the most beautiful songs on Earth

Whale numbers are up!

This humpback is almost flying over the water.

The whale numbers are right up this year! Commercial whaling devastated so many species but the Humpbacks have recovered to about 15,000. That's really strong growth and so heartening,

You can book a cruise with Port Macquarie Whale Watching Adventures for close up encounters with Orcas, False KIller Whales, Pilots, Minkes and Brydes. Keep an eye out for Migaloo!

For whale spotting in Victoria, see the Southern Right Whales down at Warrnambool Whale Watching and look for Wilma, Victoria's favourite whale.

June, 2014 and the Wales are visiting Melbourne

Sometimes they arrive in my bay

My hometown, Melbourne, is the most southerly on mainland Australia but we miss out on a lot of whale migrations because of our large bay.

The whales have to make a special effort to enter the very narrow heads of Port Phillip Bay so visits from these beautiful creatures are few.

I hope some come calling along the beaches in June this year!

Wilma is Victoria's most popular whale and you can see her down at Warrnambool.

She's easy to recognise, her tail fluke is injured. Poor old Wilma may have been attacked by a shark and part of her fluke bitten off or she may have been injured by a ship's rudder.

Last year there were two new whales who calved, named Big Lips and Lots of Dots. Both of them can be identified by their distinctive markings

There's a wonderful whale viewing platform at Warrnambool, a wide wooden walkway that's also wheelchair-accessible. You'll be treated to a wonderful site of the whales swimming close to the shore and it's truly an exhilarating experience to see these magnificent giants of the deep up so close.

Southern Right Whales are called "Right Whales" as they were the 'right', meaning the 'best', whales to slaughter

They are large and slow, contain a great deal of blubber and oil and float on the surface when killed.

Sadly, these majestic animals are still being hunted. It's called "research".

How much research has to be done? Surely there's been enough by now to stop this slaughter!

The video to your right is shot in Hervy Bay, Queensland and, while showing you some splendid whales, also gives the message to stop the killing.

Have you seen a whale close up?

All comments are greatly appreciated. You don't have to be a whale to leave yours