Andrea Mantegna at the Court of Gonzaga Marquis of Mantua 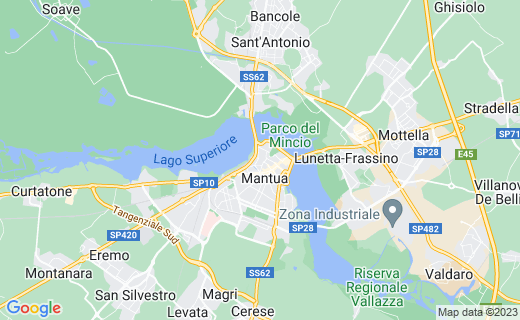 The Small Centre in the Lombardy’s Countryside Sung by Virgil

Mantua is a small town lying on the quiet countryside of South-East Lombardy, in Northern Italy, the territory that the Latin poet Virgil, born in a village nearby there, had sung with languid verses in his Eclogues, around 38 b.C. during the turbulent years of the Roman Civil War.

The city, which is now, with its gem Sabbioneta, in the list of Unesco’s World Heritages, had its golden age between the XV and XVII centuries, under the rule of the Gonzaga family, lords, then marquis and at last dukes of Mantua. In that period, Mantua was one of the most refined courts in Europe, admired for the splendid cultural life which attracted there the great names of the Italian Renaissance, such as Tiziano, Leonardo, Correggio and the architect Giulio Romano, author of the Palazzo Te.

That golden age, doubtless, would have not been so bright without two fundamental characters, Ludovico Gonzaga and Andrea Mantegna, a paradigmatic example of a Maecenas and his protected artist.

The Palazzo Ducale in Mantua was the residence of the Ganzaga for nearly four centuries. It is one of the largest royal palaces in Europe, maybe overcome, for covered surface, only by the Vatican Palaces. Really, it is a true “city-palace”, constituted by several buildings joint together and enlarged during the centuries, such as the Palazzo del Capitano and the Castello di San Giorgio.

Andrea Mantegna had entered the Ludovico Gonzaga’s court in 1460, after three years of pressure by the Marquis to have him as the court painter in Mantua. The artist, coming from a very humble family, had been trained at the workshop of Squarcione in Padua (who was not, says Vasari, the best painter in the world) and had studied the works of Giotto and Donatello. Squarcione was used to adopt his poorest pupils, probably to exploit their gains later, and so he had done also with Andrea Mantegna, the unique great artist come out from his workshop, who did not hesitate to sue him. In Padua he had also frequented the workshop of Jacopo Bellini and he had married his daughter, the sister of another great exponent of the VenetianSchool: Giovanni Bellini. He was 29 when he arrived in Mantua and had already distinguished for the paintings of the Ovetari’s chapel in the Eremitani church in Padua.

Ludovico Gonzaga was 48 year old. He had been educated at the “Ca’ Zoiosa” (something like “Joyful House”), the school, wanted by his father Gianfrancesco, managed by the pedagogue Vittorino da Feltre according to the purest humanist ideals of the age and frequented by the boys of the Italian princely families, but also by talented students of poor origin. The Marquis had been able to juggle between the ambitions of Milan and Venice and had had the honour to host the Council convoked by the pope Pius II in 1459, to launch a new crusade against the Ottomans after they had taken Constantinople. This earned him the appointment as Cardinal of his son Francesco, though he was only 17 year old. Following a shrewd policy of relationship, in 1493 he had married a girl of 12 years, the daughter of a powerful German family, Barbara Hohenzollern, who will give him then children. But he failed to give bride one of his daughters to the first-born of the Francesco Sforza, Duke of Milan, because of a hereditary malformation of the spine which plagued several members of the family.

Mantegna had not an easy character, but the Marquis Ludovico was always protective and condescending towards him. He rewarded him generously for the works which had to bring prestige to his court and to the city, starting a tradition which will lead the family to constitute one of the richest art collections in Europe (the Celeste Galleria), able to compete with the collections of the Medici and the popes. This collection was after dispersed all around Europe and then in the museums all over the world, because of the financial difficulties of the Gonzaga. Nowadays there is nearly no trace of it in the Mantua’s Palaces. In fact, Mantegna has been working for 50 years at the Mantua’s court and the only signs of his work (but signs which are considered his masterpiece) are the frescoes of the Camera degli Sposi, in the San Giorgio Castle, commissioned to him by the marquis in 1465. Before these frescoes he had painted some canvas for the chapel of the castle, now conserved at the Uffizi in Florence (the so called Triptych of the Uffizi) and at the Prado (the Death of the Virgin). In the Death of the Virgin it is shown, through a window, the real landscape which probably could be seen from the chapel: the lake with the bridge of San Giorgio.

The Portrait of a Court

The frescoes of the Camera degli Sposi (the Newlyweds’ Room) are the tribute of the artist to the family of his patron, which is represented in its entirety, both indoor in a private scene (the north wall of the room) and outdoor in the official occasion of the meeting between Ludovico and his son, the cardinal Francesco. But it is at the same time a realistic and rare representation of a Renaissance court, a sort of snapshot of a family life. In the north wall, the Marquis is figured in dressing gown, the dog crouched under his chair, in the instant when he turns towards his secretary, who brought to him a letter, traditionally thought to be the notice of the election of his son Francesco as cardinal, but there is controversy about the exact historical event at the origin of the painting. His wife Barbara is sitting near him, in a central position, as the fulcrum of the house. Around her, some of the sons (behind her is Rodolfo or, less probably, Francesco), the nana and the most relevant participants to the court’s life. The man with the black hat is perhaps the pedagogue Vittorino da Feltre.

The fresco on the west wall, known as The Meeting, shows the Marquis greeting his son Francesco, at the centre of the scene, who looks here quite older than a 17 year old boy, as he appears to be in the beautiful portrait dated 1461, when he was elected as cardinal. The scene is a kind of a symbolic group photo and it is more complex than it may appear. It represents the offspring of the Marquis, with the family branch destined to the ecclesiastical career (Francesco and his frail nephew Sigismondo, future cardinal, who holds the hand of his brother Francesco), his successors at the helm of the city (Federico, wearing wide dresses which hide the hump, at the right side and Francesco II) and the relations with the European royal families (the emperor Frederick III and Christian of Denmark). The background is the city of Rome, to point out again the relation with the city of the Pope (it may also mean a wish to the cardinal Francesco to become pope).

The frescoes on the room’s walls are the realistic photograph of a family portrayed by the painter in his daily and yet historical moments. However, Mantegna gives vent to his creativity on the ceiling, where he conceives an architecture which simulates a dome with an “oculus” (a hole) in the centre, in the same way as the Roman Pantheon. The oculus is open on a blue sky, crossed by the clouds, a circle of curious characters, seen from below, overlooks by a balustrade: three girls who seem to have fun, another (maybe the Ludovico’s wife Barbara) with a black servant, winged cherubs, a peacock stretching the neck. This bizarre representation anticipates the swirling dome of Correggio in the Parma Cathedral.

Ludovico Gonzaga died in 1478 in an epidemic of plague. His successor was Federico. He was beloved by the people for his affable character, but he died still young after only six years of rule. Some critics date in this period the famous Dead Christ (now at the Brera Gallery in Milan), absolutely original because of the peculiar perspective, which renders the plasticity of the body, and the three saddened faces, seen foreshortened in the upper left corner. The perspective of the body is perceived the same from every point of observation. The dating of the painting is uncertain, but this work shows some similarities with the San Sebastiano of the Louvre (dated 1482-1485), for the chromatic flattening towards the grey, which gives the sense of the death, and the way of putting the faces observing the scene in a corner.

The successor of Federico, Francesco II, was attracted by weapons more than by the arts. In fact, the Marquis is figured kneeling in armour in the painting which celebrates his win in the Fornovo battle (1495) against the French army, portrayed so well – says Vasari – that he seems alive. But the humanistic tradition of the family is carried on by the wife of Francesco, Isabella d’Este, considered the most cultured woman in the Italian Renaissance, who had taken to Mantua the team of the artists and “intellectuals” who followed her in Ferrara (among them, the expert in oriental languages Paride da Cesarea). Isabella had his own ideas about the art: in fact – it seems - she had refused to appear in the Madonna della Vittoria with her husband (the woman kneeling on the right side is St Elizabeth).

Isabella d’Este appreciated the works of Mantegna, but she did not believe him quite capable in the portrait, preferring the soft volumes of Leonardo. She ordered to Mantegna a couple of paintings of mythological subject, probably projected by Paride da Cesarea: the Parnassus and the Triumph of Virtues, now conserved at the Louvre. The canvas were destined to the private study of Isabella d’Este, where she has set her wide collection of antiques. Especially in the Parnassus, with the aerial dance of the Muses, the result is gratifying, attesting that Mantegna, who was in his turn a keen lover of the antiquity, had executed the commission with a personal involvement. 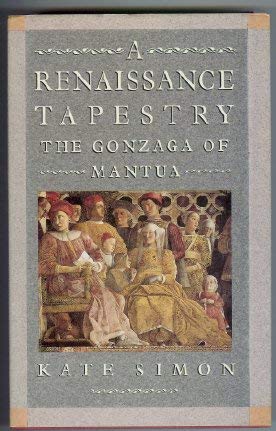 A Renaissance Tapestry: The Gonzaga of Mantua
Buy Now