My 3 Best Lenses For Concert Photography

All photos by Chris Desatoff

There is no single best lens for live concert photography, but these are the three best lenses for beginning music photographers. Many other lenses could be selected, especially for pros on a big budget, working larger venues and shooting from a distance. But for the beginner who's mostly shooting local bands at clubs, parties, and small concerts, these should be the first three lenses you buy. And for most local shows, these are the only 3 lenses you will ever need.

For those who need to know, I used a Canon EOS 50D for most of my work, with a Canon Rebel XT for backup. I actually still have the XT and use it for my personal photography. It doesn't have a bazillion megapixels, but it doesn't really need them.

Who Am I To Offer Photography Advice?

My name is Chris Desatoff, and I had a photography business for a couple years (photocat808 llc). I mostly shot local punk, rock, and metal bands in Hawaii. I've probably fired off over 50,000 shots of musicians at parties, small clubs, big clubs (including Hard Rock Cafe Honolulu and the old Pipeline Cafe that was featured in an episode of Hawaii 5-0), and music festivals (the biggest I did was Cornerstone '98).

That doesn't mean I'm an expert or anything...not by a longshot. But I am able to talk about this from personal experience and not just from what I've read on the Internet. I was a working photographer. Bands were paying me to shoot them, and digital concert photography was my thing.

I've had over 100 photos published, more than half of those were spread over several issues of HM Magazine, which boasted national circulation. Hard Rock even used one of my shots in their annual corporate mag (so I've heard...I never actually received a copy).

So, you know, I'm not the best by a long shot, but I am an actual photographer -- not just some poser freelance writer with no experience making crappy Internet articles to try to sell stuff on Amazon.

These were my main lenses, and if I went back to shooting bands, these are the lenses you'd find in my gig bag.

This lens right here was my workhorse. The Sigma 18-50 makes a great multi-purpose lens. It focuses fast and tight. Since it's a macro, minimum focusing distance is never really an issue. The lens is heavy. I mean, it's a pro lens with continuous f/2.8 aperture (wide open). But you get used to it. In fact, after a while all other lenses feel like cheap toys in comparison.

You will love this lens.

This lens is good for just about everything, and you'll likely find yourself using it for all your photography -- not just the concert stuff. The focal range is almost exactly the same as your standard kit lens (18-55mm), so it's pretty versatile. But that super-close focusing distance makes for some fun shots.

Even though I haven't done concert photography since 2010, I still use this as my primary lens to this day.

This lens produced my signature shots. I loved working up close and personal with local musicians. Most of the guys I shot let me get right up in there on stage with them for at least a song or two, if not the whole damn set.

That's what I loved about punk bands -- about being in a punk band in my youth and about shooting punk bands in my...non-youth -- there's no hierarchy...no untouchable, celebrity rock stars with security tackling fans who get too close. Half the time there wasn't even a stage. It's just you and me and 100 of our closest friends slamming up against each other, having a good time.

Anyway, this fisheye was an old one that I bought back in my 35mm film days. This model is designed for full-frame cameras, so when the new digital models all came out, I was delighted that it would still work with the new gear (God bless EOS).

Since most of the newer digital cameras have cropped sensors, you lose the periphery of your lens' field of view. With the fisheye, what this did was to make the bubble effect less pronounced. So now it's a subtle fisheye effect, which actually provided a pretty unique look to my photos. Add to that the fact that I would shoot from much closer up than most of the other guys I'd rub elbows with...and I had my own style.

I'd plant that fisheye right up on the drums, literally under the hi-hat. Then I'd get right off to the bassist's right side and the lens would be practically rubbing right up against the bass' volume and tone knobs. Add in bounce flash off the low ceilings in the small clubs, and I was a happy camper.

You gotta have at least one fast lens to really call yourself a photographer, right? And the 50mm is a classic first pro lens. Just get the f/1.8. It's way cheaper than the f/1.4 and way WAY cheaper than the f/1.2. I've had both the 1.4 and 1.8, and I'd be perfectly satisfied with just the 1.8 again.

I played around with a doubler on my 50 in the past, but it's not really that great. Just save your money and get a longer lens when the time is right.

This article and the accompanying photos are copyright Christopher Desatoff 2013. Just so ya know...

What Else Did I Have In My Camera Bag? 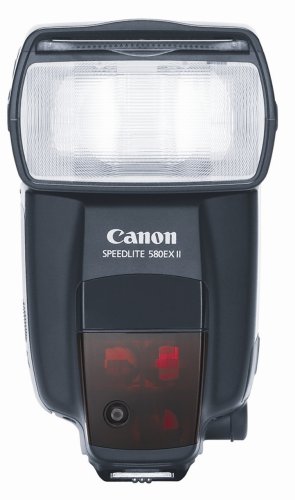