Frank Lloyd Wright had an amazing ability to make art out of ordinary objects and materials. He was inspired by nature & geometric patterns and tried to achieve simplicity, unity, and harmony in his designs.

He designed private residences and public buildings with every detail in mind. Landscape, structure, fireplaces, windows, furniture, lighting were all components of a unified environment.

Frank Lloyd Wright at a Glance

Click on the small link to be taken to the Frank Lloyd Wright Wikipedia page.

Frank Lloyd Wright (born Frank Lincoln Wright, June 8, 1867 - April 9, 1959) was an American architect, interior designer, writer and educator, who designed more than 1,000 structures and completed 500 works. Wright believed in designing structures which were in harmony with humanity and its environment, a philosophy he called organic architecture. This philosophy was best exemplified by his design for Fallingwater (1935), which has been called "the best all-time work of American architecture". Wright was a leader of the Prairie School movement of architecture and developed the concept of the Usonian home, his unique vision for urban planning in the United States.

read the rest of the Wikipedia article

The Frank Lloyd Wright Preservation Trust held it's 39th Annual Wright Plus Housewalk in Oak Park, Illinois on Saturday, May 18th. It was a chance for people to tour inside 9 private homes designed by Frank Lloyd Wright and his contemporaries as well as 3 landmark Wright buildings.

For information head over to gowright.org.

FLW designed a boathouse for the University of Wisconsin in 1905. He felt it was one of his greatest designs but when the school didn't take on the project he never got to see it built.

Fast forward to 1997 when a few men from upstate New York, who came across the plans at a conference of Wright scholars, wanted to revive the project. Further work had to be done to make that happen. They enlisted the help of Anthony Puttnam from Taliesin Architects, an apprentice of Wright's, who took the sketches and worked out the final details so it could be built.

102 years after it was designed, on Friday, September 28th, 2007, Frank Lloyd Wright's vision became a reality. The project was completed and opened to the public in Buffalo, N.Y. on the Niagara River.

You can read about the project and check out a few videos at the wrightsboathouse.org website.

Frank Lloyd Wright in the Midwest

Frank Lloyd Wright built in 33 States of the US, most notably Illinois, Wisconsin, Michigan.

Frank Lloyd Wright in the West

Frank Lloyd Wright in the East

When I was in school for architecture one of my professors was Grattan Gill. He was an apprentice of Frank Lloyd Wright. Grattan is one of a small number of Wright's students from the 1950s still actively practicing architecture. He taught a class called Frank Lloyd Wright: A Life's Work. Who better to teach such a class than one who learned from FLW directly. Since I was in the class my uncle thought he should stock me up on books and videos about Mr. Wright and some of those are shown below.

Great Frank Lloyd Wright Books - They are all on my bookshelf

Frank Lloyd Wright and the Meaning of Materials (Architecture)
This book includes sections on wood, stone, brick, concrete block, metal, concrete, and glass and how FLW utilized them.
Buy Now

Wright, Frank Lloyd
This book talks about Wright's life growing up and his studying architecture. It then moves into a look at many of his most famous buildings.
Buy Now

More books from my collection

Lost Wright
This book talks about all of Wright's buildings that are no longer around. Some of them include the Imperial Hotel in Tokyo, the Midway Gardens in Chicago and the Larkin Administration Building in Buffalo NY.
Buy Now

Usonia: Frank Lloyd Wright's Design for America
This was written by a man who grew up in a Usonian house. It talks about FLW's ideas for regional planning and his vision for America.
Buy Now 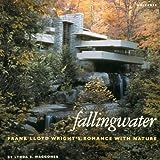 Fallingwater: Frank Lloyd Wright's Romance with Nature
As the title suggests this is about one of FLW's most well known buildings, Fallingwater, a home built for the Kaufmann family in the 1930s.
Buy Now

These were my textbooks - If they were chosen by Grattan they have to be good.

Frank Lloyd Wright: His Life and His Architecture
Buy Now 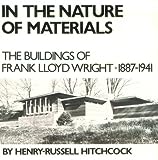 In the Nature of Materials: The Buildings of Frank Lloyd Wright 1887-1941 (Da Capo Paperback)
Buy Now 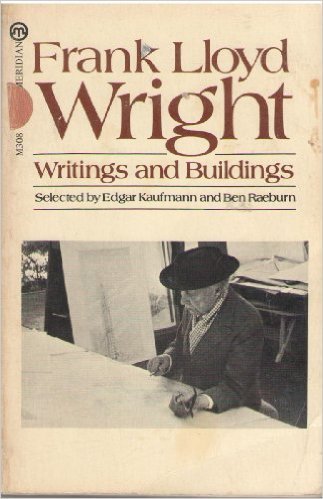 Frank Lloyd Wright: Writings and Buildings
I scanned my copy and put the image on Amazon. You can see it if you click on the link.
Buy Now 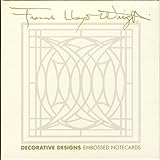 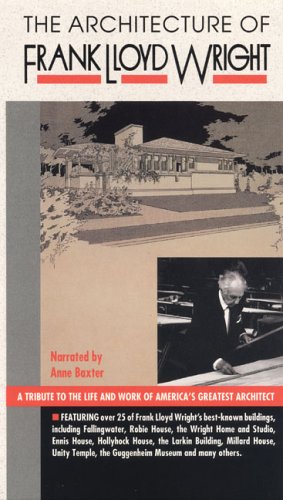 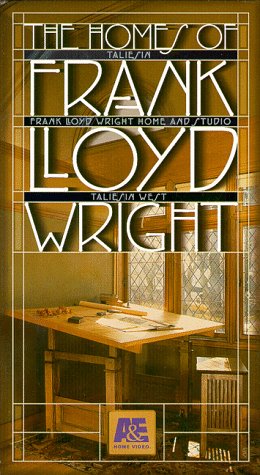 The Zimmerman House was one of the homes that Grattan brought us to. We were in school in Rhode Island so two houses in Manchester, New Hampshire were the closest Frank Lloyd Wright buildings for us to visit. Unfortunately I can not find my photographs.

The other house was the Kalil House, a private residence that is not open to the public. We were able to go in since Grattan knew the owners. I'm very sad to say that I have no photos to share. 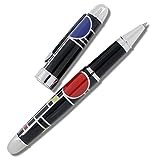 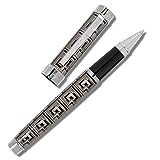 For those future Architects

Frank Lloyd Wright was introduced to Froebel Gifts when his mother bought a set for him at the Centennial Exposition in Philadelphia in 1876. They were developed by Friedrich Froebel in the 1830s to help children learn about geometric form and design. Wright was fascinated by them and much of his work as an adult was influenced by the geometric shapes he experimented with as a child.

Hands-on learning that will provide years of enriching play.

Taliesin West was the Winter home, school, and studio of architect Frank Lloyd Wright. Taliesin is a Welsh term meaning "shining brow". Taliesin West was literally built from the desert floor on the brow of a hill in the Sonoran Desert...

P.S. If you buy something from this page...

... you'll automatically be making a donation to The Acumen Fund, working to solve global poverty.

Are you a Frank Lloyd Wright Fan?