Some Of My Glitch Art

What Is Glitch Art?

At first glance, many people probably won't like glitch art. To them, it may just look like someone took a picture with a broken camera. What makes it art is the fact that it's not taken with a broken camera, much like how a painter may paint a realistic piece that looks like a photograph.

I've been making glitch art for a little while (I mostly databend, which we'll get to later), but I never really decided to show it to people until now. I've gotten a lot of positive response and I've decided to talk a little bit more about what it is that I do.

I want to let you know that anywhere "GΔRRΣ††" is mentioned, that's me. For more of my art, please scroll down to the bottom of the article where I have included a list of links where you can view more of my art (and keep up with my new art).

One Of My Glitched Videos

More Of My Databending Glitch Art

A glitch is a fault in something. It originally started as a fault in electronics, particularly computers, but now-a-days people use it to describe a fault in anything from computers, to video games, to even nature. However, according to John Glenn (who coined the term): "Literally, a glitch is a spike or change in voltage in an electrical current."

Art is widely accepted as a way for someone to create something that conveys a feeling/emotion. That could be visual art like a painting, a performance art like dance or theater, audio art like music, or any other activity that can be used to convey a feeling or emotion.

Different types of Glitch art are:

All of the pictures that I posted here that cite GΔRRΣ†† as a source are all databent images. Databending is when you open an image file (.jpg, .gif, .tiff, .bmp, .png, etc) in a text editor (Notepad, Wordpad, Notepad++, TextEdit, etc), and then mess with the coding.

Everything on a computer is a program. Images, videos, video games, applications, they're all programs. Everything has to be broken down into binary code for a computer to be able to read it.

When you open an image in a text editor, you don't see binary code, but you do see a form of code that computer can read and convert into binary. Databending is learning to manipulate that code to change the image in a way you want to.

Anyone can open an image up in Notepad and mess with the code to glitch out an image. If you don't know what you're doing, you'll mostly end up with corrupted images that can't be read/opened by the computer, or you may just have jumbled glitch art (which can be aesthetically pleasing and awesome as well), but there is a skill involved to making glitch art, and learning about the code will help you manipulate the images in a way that YOU want it manipulated, instead of just random edits that cause random changes in the image.

A song built using sonification of images and executables (not by me).

1. can be done by opening an image file in an audio editing program such as Audacity, and listening to it! I've found that larger files provide longer and more interesting audio clips.

2. can be done by saving the file as an image extension. Often times this corrupts the file and it can't be opened, so it's not often that you see images made this way.

Hex editing is where you actually get to play with the binary of a file! All you need to do is find a hex editor, open a file in it, and start messing with the code!

This is something that is best used if you already know binary. Knowing binary will allow you manipulate the code in ways that you want it, instead of just random edits causing random results.

You can hex edit an image, a game, or any other file to create art. One very popular way people are making hex edited glitch art is by hex editing NES (Nintendo Entertainment System, the first Nintendo console) ROMs (emulators) and then taking screenshots. Personally, I don't do this because so many other people do, but it's a fun place to start learning!

Datamoshing is kind of confusing. It involves video codecs and how they communicate with each other.

This isn't something I do (yet), so I'll leave it up to an expert to explain it to you (and he will also show you how to do it!). 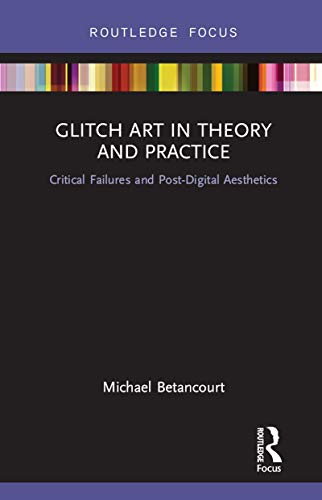 Links To My Glitch Art

More Of My Own Glitch Art