: moving in a smooth and attractive way

: having a smooth and pleasing shape or style

"Gracefulness, or being graceful, is the physical characteristic of displaying "grace", in the form of elegant movement, poise, orbalance. The etymological root of grace is the Latin word gratia from gratus, meaning pleasing. Gracefulness has been described by reference to its being aesthetically pleasing.Gracefulness is often referenced by simile, with people often being described as being "as graceful as a swan", or "as graceful as a ballerina". The concept of gracefulness is applied both to movement, and to inanimate objects.Gracefulness is sometimes confused with gracility, or slenderness, although the latter word is derived from a different root, the Latin adjective gracilis (masculine or feminine), or gracile (neuter) which in either form means slender, and when transferred for example to discourse, takes the sense of "without ornament", "simple", or various similar connotations." Wikipedia

There are a lot of things that one may consider to be graceful and just as many definitions or rather beliefs in so far as to what some believe the definition of what is considered to be graceful.

The key to make this a successful project is to capture images that transmit a sense of gracefulness to anyone admiring the pictures.

Dancers doing their routine with graceful forms, smooth looking nature scenes, swans resting peacefully on a smooth lake, flowers gently swaying in the breeze and so many other things are great subject matter that are usually thought off as being good representations of gracefulness.

These as well as many others similar subjects are the bulk of what you should focus on capturing with your photography.

Other things or tools that can be used which help make your scenes seem graceful are smoothing filters that render the edges of any scene as smooth round lines and slightly throw the subject out of focus yet make the scene appear as "soft" and "smooth".

They can turn out very pleasing images if used correctly and applied to the right subject matter. They work well with strong colors but better with pastels. They can be used with a cluttered backdrop but are much better with an uncluttered one.

Have you ever thought of doing a project like this one?

Other ways are to use soft lightning and using a diffusing element placed in front of the light source helps considerably.

Do not underestimate the power of a good soft light to make your images seem soft and graceful. Do not use a strong light source. Instead focus on getting light that is bounced from a white surface then falls on the subject.

Overcast skies work very well to diffuse the light and soft shadows aids the effect even more. If suing reflector try to use a gold colored one since its reflected light is softer than a bright silver one for example and it also cast a soft gold tone to the scene.

Other seldom looked at graceful subjects are birds in flight. Some of these winged creatures are often observed gliding through the air in very graceful motions.

Unlike hummingbirds whose wings speed is better suited or another project, any bird that has the ability to glide on air currents is a good subject to capture with your photography for this particular theme.

Aim to capture such images against an uncluttered backdrop like a blue sky devoid of nay clouds or other "eye hindrances".

Butterflies are similar subjects so long as you can capture images that isolates them against a backdrop free from distracting elements. Photographing butterflies in flight is best done by using a very low angle and taking their pictures from below while looking up at them. 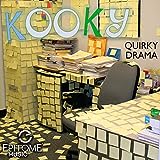 If you have the opportunity of capturing some underwater scenes like dolphins as they gently glide in the water then do so.

Their images are usually graceful looking as they make their way and seem to effortlessly "fly" through the water while performing awe inspiring acrobatic maneuvers.

You may even be able to take some dolphin pictures when on the prow of a ship as they seem to seek cruising ships and gracefully play along the sides of it.

Some photographers take exceptional looking images of models dressed in elegant attire as they move underwater.

The flowing of the dresses and often just as graceful poses makes them excellent subjects to also include on this type of photographic project.

It is worth it to look at any photographer's site that does this type of imagery.

The majority of these images are suitable for a fine art gallery, for the greeting card industry and to use in a photographic publication or eBook. Just remember to ensure that any photograph is directly tied to graceful theme and collaborates the essence of the theme.

In a way your images should not only be of subjects that can be considered graceful but your images must also show a passion for the subjects and how you approach their picture taking.

Do not confuse being graceful as being the same as slow. There are many animal species whose movements are very slow and deliberate like many species of chameleons. This is not the same.

Your subject's movements should be quick, they must be agile and appear to move effortlessly through their medium.