The Green Movement and Design

The Green Movement has swept our nation and globe in a whirlwind of new ideas and old habits.   The green movement in this country is not something innovative; it was begun by Transcendentalists, in the 1860s, largely led by Henry David Thoreau: “Nature is full of genius, full of the divinity; so that not a snowflake escapes its fashioning hand.” It is from Thoreau’s love of nature that America finds its roots in environmentalism.  Although, it was not until the 1970’s that this country began a tree hugging crusade into advocating preservation of our environment.  The current Green Movement is full of history, and has reappeared in society in a status quo position today.  The Green Movement and its effect on design and art in all aspects can be traced to the inspiration of Art Nouveau and Psychedelic art periods, two short yet profound eras of our time.  One can surely see the social reactionary/rebellion and artistic similarities of these previous eras and notice the coinciding time periods of the environmental time line itself.

It seems humans instinctively revert back to nature when technology bombards our individual lives.  The Green Movement may have roots in our history, but it exploded into our mass global society as soon as Al Gore uttered “Global Warming” and its effects in his movie, An Inconvenient Truth. Millions of Americans began to “go green” in an effort to reverse the effects of years of pollution and wasteful habits.  Consumers began to purchase things based on eco-friendly benefits rather than aesthetic qualities.  Designers and companies began to re-invent themselves and design began to go into a new and fresh direction.  Nature and green began to flood the artistic world, including the world of graphic design.

Due to the Green Movement, artists began to implement nature into every field of art and design, from traditional art, architecture, furniture, graphic design, fashion and advertising…not unlike art nouveau did when the world reacted against the industrial revolution.  As quoted from an online article, “A Brief History of the Green Movement”: “But American citizens have taken it upon themselves join a global movement, to learn more despite the gridlock in Washington; to conserve, to drive the development of eco-friendly consumption, to buy hybrids or use mass transit, even to telecommute. More and more people now recycle, compost, “go organic”, grow gardens and understand the connection between saving money, improving health and helping the environment. More people are interested in technology and efficient living than ever before. And more and more people are becoming curious about the natural world in all its majesty and strangeness.”  It is a revolution to return to a simpler way of life, but as an aesthetically and consumer driven society we have found a way to have our cake and eat it too.

Design fueled by the Green Movement uses organic and free flowing curvilinear lines and colors, shades and tones found in nature.  Most commonly greens, blues and browns are used in addition to a large number of trees, globes, leaves and abstract images of objects found in nature.  Recycling and conservation are the main themes of these images, but most of all the idea of worshipping nature and all of its magic is prevalent as well.  The inspiration of the Art Nouveau and its plant-like and natural forms can be seen, the psychedelic periods way of using art as a political message is also apparent.  Photography, collage, painting, graphic design and typography, and company logos all incorporate these principles into a visual icon of the Green Movement itself.

The calming tones of green and nature are the identifying feature of this new wave of design, but it is the political message behind it that has stirred a nation of Americans to demand it as the main artistic theme behind their purchases.  From reusable water bottles and shopping bags, to organic or hemp clothing, whimsical household eco-friendly objects and food packaging.  All carrying the unified reminder of a eco-conscious back to nature world.  Unlike the fleeting design periods of art nouveau and psychedelic rebellion art, mass media has latched onto the Green Movement with a fierce grip.  Americans that used to make fun of the “hippy weirdo” have thus becoming that in themselves, if only because everyone else is doing it.  Our nation is consumed with organic and sustainable living and everything it signifies.  It is a hope redeemed in our ever-increasingly technological computerized world full of cell phones, social networks and gadgets galore.  We have etched out a part of our world and past that we want to hang on to.  A simple and carefree world that wishes it could just leisurely picnic in a meadow full flowers and surrounded by trees, stopping only to skinny dip in the nearby water hole.  So no matter how many people we text or email, no matter how rushed and over stimulated our lives become, we can be surrounded by beautiful things, inspired by nature in the art and products designed by environmentalism.  While design may influence society most of the time, society has now dictated design. 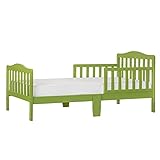