How to Photograph in the Desert

"A desert is a barren area of land where little precipitation occurs and consequently living conditions are hostile for plant and animal life. The lack of vegetation exposes the unprotected surface of the ground to the processes of denudation. About one third of the land surface of the world is arid or semi-arid. This includes much of the polar regions where little precipitation occurs and which are sometimes called "cold deserts". There are a number of ways of classifying deserts including by the amount of precipitation that falls, by the temperature that prevails, by the causes of desertification or by the geographical location of the desert.

Deserts are formed by weathering processes as large variations in temperature between day and night put strains on the rocks which consequently break in pieces".Wikipedia

Photographing a desert is not difficult. What is difficult is working under the harsh conditions that a desert may present not to mention the ever presence sand that can instantly ruin your camera gear if you are not careful and take precautions.

But nevertheless if you have an opportunity of taking some pictures in a desert you should not miss the chance since you can get very pleasant images so long as you do things right and use your creativity.

If you have a desert location near your home or plan on visiting one there are some things to do before you even take your gear out of the bag. Deserts can be beautiful but they can also be quite deathly.

Thought this was interesting? 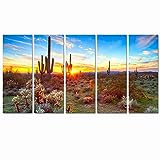 One of the first things that you should do is to research the location. I don't mean taking a glance at a map, you must research access roads, weather patterns, best light times, interesting details and so on.

Next you should plan and prepare a good itinerary including arrival times and departures schedules or if you plan on staying the night to take some awesome night shots, be prepared with the right gear including reliable methods of reaching someone in the event of a misfortune like if you get lost or your way in breaks down.

Next get a good up to date paper map. GPS's sometimes don't work and the batteries can die on you and as strange as this may seem. They can often be out of date and unreliable. Roads which it may have shown may not exits anymore. Look out for landmarks and mark them on the map and give a copy of the map to someone who will stay behind so that all times someone is aware of where you are.

Among the gear should be some lint free rags and pressurized air so that you can safely remove sand particles from the lenses as well as any that may get into the body and mess up the digital sensor of film plane. Make sure you have enough batteries, film or memory cards and a reliable data storage piece of equipment too.

Just as important is clothing. Deserts can change from really hot to almost freezing over night so the right clothing is a must. It is best to take layers instead of one main outfit. Layers helps you put on or take off thus helping your body adjust.

Even if you are thinking that there is nothing to photograph in a desert but sand you can still capture good images by focusing on ripples in the sand, angles and corners often formed when sand dunes meet as well as other interesting details found when you get down to the ground.

Other scenes can be accomplished by focusing on trees and any vegetation that most deserts have including silhouettes.

Pay attention to small critters that often inhabit deserts like scorpions, crickets, lizards and beetles as well as snakes.

Capturing sunsets is always a good choice in photos since there is usually nothing to impede your view.