How to do a Fresco Painting

What is a Fresco?

The word fresco (afresco in Italian) comes from the Italian word for fresh. It is applied to this particular technique of painting because the paintings are done on plaster that has been freshly applied to the wall to be worked on-on the same day that is still wet. Some parts of the painting are done a secco, which means on dry plaster, but most of the work is done on wet plaster. Some people make the mistake of thinking that a fresco is simply any painting that is done on a wall. This is not the case.

The technique dates back to the Ancient world. In the Middle Ages, its popularity declined, however, it is thought to have been resurrected again in around 1300, as it was the easiest, cheapest and most permanent way of decorating vast spaces and monumental architecture. The permanence of the paint is due to the chemical reactions between the plaster and the paint as will be explained later. 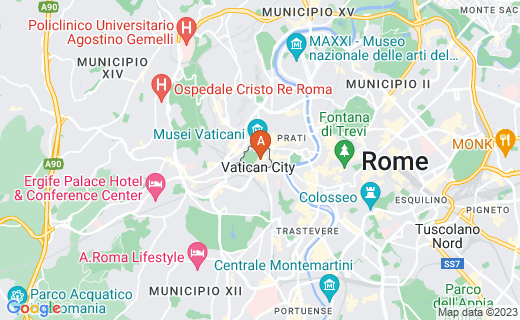 This is the most famous chapel of the Apostolic palace where the Pope lives. It is located in Rome, Famous for its Renaissance frescos.

What Materials are Used in a Fresco?

Michaelangelo is probably one of the most famous artists in history who employed this technique. His frescos in the Sistine Chapel of Rome, aside from being the most famous frescos in the world, are testament to the longevity of the technique, having being completed in 1512. They took four years to complete. Restoration workers in Rome have used analysis to find out the materials that Michaelangelo used for his fresco work. These materials included the following:

The painter then had to paint onto the wall before the plaster dried. For this reason, the plaster could only be applied little by little. So the painter would apply the amount of plaster he anticipated he could finish painting within the time it took for the plaster to dry- for example, within that same day or before a certain time of the day.

The actual design for the fresco has to be done in advance on a large sheet of paper. This design is referred to as a cartoon. Different artists transfer the design in different ways. It is thought that Michaelangelo placed the paper over the plaster and used a tool to poke small holes in the paper, along the lines of the design. Charcoal or some other powdered pigment was then heavily applied to the paper, so that it seeped through the holes, leaving behind a tracing of the design. This specific technique was useful for tracing fine details such as facial features. In English, it is often referred to as pouncing.

Another technique is to trace the contours of the design using a piece of wood or some other appropriate tool, incising the design into the plaster. This technique is usually used for the main lines. Michaelangelo mixed ground pigments with water to paint his frescos. On initial application, the pigments look transparent, like water colour. However, as the plaster dries, a process called carbonation takes place. The process involves the combination of carbon dioxide in the air, with the lime in the plaster to form a hardened surface of calcium carbonate. The process causes the particles of pigment in the paint to be cemented in place, becoming a permanent part of the wall. The technique is extraordinarily stable, as is evidenced by the many Italian frescos still looking bright and beautiful after almost 2000 years.

In 1400, an Italian painter, heavily influenced by Giotto called Cennino Cennini, wrote a handbook for artists in which he described in detail exactly how to paint a fresco. The basics from his description are laid out below.

Set up the required scaffolding if you are working on a large, high area and ensure it is safe. Prepare the wall by using a pick axe or similar tool to scrape the surface, making it rough so that the plaster will stick.

Prepare a quantity of “rough plaster” which is made of a mixture of large granules of sand and plaster. Smooth the mixture onto the surface of the wall and let it dry overnight. This layer is called “arriccio.”

Mapping or Cartoon and Intonaco

In Cennino Cennini’s day, artists would map out the painting by hand, sketching out the main shapes onto the arriccio using a red/brown pigment. This section is called the sinopia. The purpose of the sinopia was act a guide to the artist, but it was also often used to give the patron of the piece an idea as to what lay ahead. You don’t have to use this technique. It is much easier to use the cartoon on top of the freshly applied plaster and lime mixture.

Prepare the intonaco plaster and lime mixture. The mixture should contain more lime than the preparatory mixture and less sand. Apply a thin layer of lime to the wall, bearing in mind that you have to finish that section in the time it takes for the plaster to dry. It is a good idea to lay out enough plaster for about a day of work and add more on the adjacent section once the first section is done. A day’s work is called a giornata. In some frescos, you can actually see the dividing lines between the giornatas.

The technique described previously, using a cartoon and scoring or pouncing a sack of carbon or other pigment through the holes in the cartoon so that they left an impression behind was used later, in the 15th century.

Only certain types of paint and certain colours are good for fresco painting. This is because whatever paint is used has to be chemically stable. Earth oxides and minerals like yellow ochre, terraverde, charcoal black, red and white are suitable. The painting should be started from the top down, mainly because paint drips. It is very difficult to correct mistakes, so you have to be 100 per cent confident in what you are doing. Paint is applied in layers and areas that need to have a relatively uniform colour, like the sky, need to be done all at once as it is very difficult to match colours once dry.

When paint first goes on to the wet plaster, it looks translucent. Paint can actually be mixed to get varying colours by applying it in thin layers. It is important to work as quickly as possible because there is only a two to four hour window within which the plaster is wet enough to paint easily. Once it dries, it is extremely difficult to paint and match colours.

Once dry, the finishing touches can be applied. In Michaelangelos time, this time was often used to apply very fine details to facial features or to apply decorative elements like gold leaf. Anything added a secco would not last as long as the rest of the fresco as any paint would not have had the chance to form chemical bonds with the drying plaster.

If you are planning on working on a fresco for yourself or someone else, it is important that you have either had professional training, or have done sufficient research and practice. Fresco painting requires a lot of skill and that you work very fast. It requires you to have the ability to plan and think ahead in terms of mapping out your painting onto a large surface and the placement of your giornatas around general shapes which work with the composition of the piece. Knowledge of how to mix plaster with lime and what proportions to use is also very important and beyond the limited scope of this article.

Why did you search for or read this article?

Why did you search for or read this article? 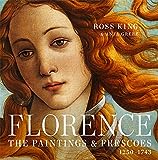