Vincent Van Gogh was born in 1853 in Holland, one of six siblings. His father was the Reverend of a Protestant church and religion was clearly a very big influence in Van Gogh’s life and paintings. He moved around Europe a lot trying to find somewhere to fit in, and had a number of different jobs before attempting to make it as an artist. Throughout his life, Van Gogh continually wrote letters, mainly to his brother, and it is through Van Gogh's letters that we learn so much about him. In total, it is estimated that he wrote between 800 and 900 letters. While he is now know as one of the greatest Impressionist painters, during his lifetime he only sold one painting (Red Vineyard at Arles) and was supported financially by his younger brother Theo Van Gogh.

1. An interesting fact about Vincent Van Gogh is not that he suffered from poor health. Which he did. Or even that his mental problems may have led him to cut off his ear. Which it did. An interesting fact about Vincent Van Gogh is that his epilepsy, caused by a brain lesion, caused by an overuse of absinthe, was treated with a medicine that many believe made him see yellow spots. Others believe that it was the lesion itself that caused him to see yellow. This may be why so many of his paintings use many yellow shades or include yellow spots, for example, Starry Night or Sunflowers.

2. You can’t talk about Van Gogh without mentioning that he cut off his ear. In itself this is not an interesting fact; everyone knows that Van Gogh cut off his ear. There are several common misconceptions surrounding this fact: One is that he cut off the entire ear, when in fact it was only the lobe (which is still pretty disgusting), the other is that he cut it off because he couldn’t sell his paintings. In fact it had nothing to do with that. Van Gogh was heavily influenced by another Impressionist artist, Paul Gauguin. They even lived together in the South of France. One day he turned on Gauguin and chased him through the house with a knife. Many believe it had something to do with a prostitute, to whom Van Gogh sent the piece of his ear lobe which he cut off later that day

3. One of Van Gogh’s most famous works, Starry Night, was painted while he was staying in a mental hospital (then known as an asylum) in Saint-Remy De Provence in 1889, sometime after the ear incident. This was not the first time that Van Gogh was hospitalised, he had been admitted after cutting off a part of his ear, but this time he committed himself into the hospital. His mental illnesses had begun to get the better of him and it wasn’t just the epilepsy he had to contend with, he also suffered from delusions and psychotic attacks as well as very possibly being bi-polar.

4. Another interesting fact about Van Gogh is that he didn’t start painting until he was 27, having spent his life before that failing as an art dealer and immersing himself in religion (failing also as a minister). Eventually he decided to teach himself to draw and started out by painting generally dark and depressing pictures of peasants and peasant life, the most famous of these paintings is The Potato Eaters. It wasn’t until he moved to Paris in 1886 and met other famous Impressionist artists (such as Claude Monet), combined with his new love for Japanese art, that he began experimenting with a more colourful palette.

5. Vincent Van Gogh died in 1890 after shooting himself in the chest. He was overcome with despair and hopelessness, feeling like a burden to his brother Theo who had been there with him through all the torrid times with his mental illnesses over the last few years. The suicide attempt didn’t kill him immediately, and it took two days until he finally died, feeling as though he’d failed at everything he had put his mind to (including committing suicide). Theo Van Gogh had collected the majority of his work after he died and then when Theo died six months later, his wife took the collection and Van Gogh's letters and had them all published. If only he had known how popular his work would become. 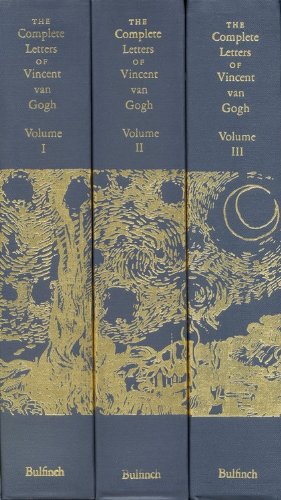