Bad news for fans of Western art began last year when the Phoenix Art Museum announced that after 37 years of hosting the Cowboy Artists of America Western Art Show, the Museum would not be hosting the show this year. The gist of the problem was that the show was not generating the revenue that it once had. Now, it's only logical that a Museum has to make good financial decisions to have it's doors remain open, BUT when articles in The Arizona Republic began appearing that it was time for Arizona to shed it's cowboy image past, because Phoenix had become a modern urban city, "them is fighten words" to many of us Arizonans who love nothing better than Arizona's Western images and history.

To hammer the point of how urban Arizona has become, it was insinuated by several reporters that our politicians had shed their bola ties in favor of silk ties and suits, so it was indeed time for Western Art to go... Yikes, how I long for good old Barry Goldwater on some days. Our official Arizona Historian, Marshall Trimble, is still smart enough to wear boots, hat, jeans and a bola tie, and he looks downright handsome.

The Cowboy Artists of America began in Sedona Arizona in 1965 with four original members to "promote the culture of the old West." They met at a local western bar and created a proud legacy and accomplished their mission of promoting art featuring cowboys and the Western Heritage of life on the range. It is to be noted that in 1965 there were 13 Western shows on Primetime TV. It's true that Americans fell in love with the characters on "Bonanza", "Rawhide", and "Gunsmoke." These shows were gone by the end of the 1970s, but someone must still watch them, because they continue as reruns. It was the contention that because we no longer promote Western Movies and TV shows, America isn't into the American cowboy. Obviously, the writer who made the observation, didn't think about the popularity of the remake of "True Grit."

The museum began as a non-profit in 1960 with the help of Barry Goldwater and H K Machennan. In addition to displaying paintings by Western artists such as Lon Megargee, the museum has a fine collection of saddles, spurs, lariats, saddlebags, and other Western memorabilia from rodeo cowboys, as well as Hollywood cowboys and those heroes of the West, the working cowboys. A favorite display is Gene Autrey's saddle and silver tack.

There is a fine series of historical dioramas, a rock and mineral collection and downstairs there is a life-sized replica of a Western town. The displays include many antiques in their appropriate settings such as a kitchen, a parlor, a drugstore, a saloon and so on. In the new addition building, visitors will see Native American artifacts as well as a fine display of items from the many guest ranches that operated in the Wickenburg area.

A favorite event that is now in its 11th year is the Cowgirl Up show that includes 58 women's Western artists. The show includes all medias and is a major fundraiser for the museum. The show runs from mid-March through the first or second week of May. I've attended the past six years and have been delighted to see how popular the show is and how many pieces displayed have been sold.

The Museum continues to receive great ratings on the popular travel web sites, so someone else out there still appreciates Western art like I do.

From October through April the Museum features history lectures called Tuesday Talks, and a community favorite is the Museum Book Club which features both fictional and non-fiction discussions on books about the West. Call the Museum at 928-684-2272 for times and details.

The Museum has a website with information on current exhibits, upcoming exhibits, volunteering, special events and membership. Dos Caballeros Museum is located at 21 N Frontier Street, and is open M-Sat 10-5 and Sun. 12-5. It is closed on major holidays. Be sure to check out the wonderful items in their Museum store. 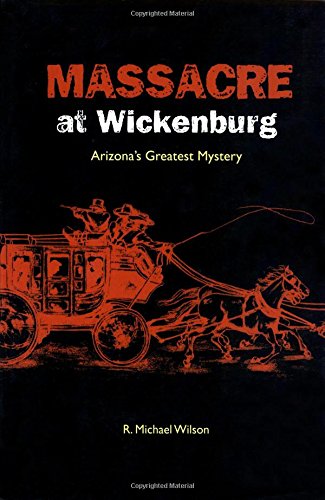 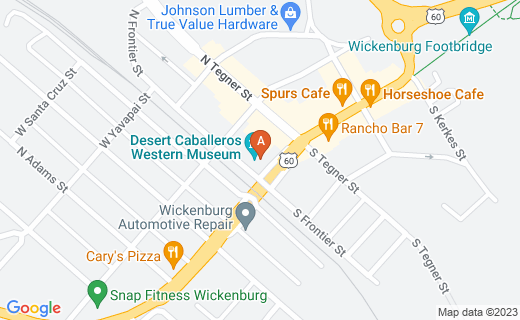