As I've noted in other hubs about art (Collecting Art is a Labor of Love and Huacas, Molas and the Native Art of Panama) I enjoy collecting art and when I travel, I try to pick up something unique to that area.

Many years ago my husband flew out to California so he could help me move. It was April 1982 and I was being discharged from the Navy. He had already been transferred to Virginia the year before and I was finally joining him.

Leaving San Diego early one morning, we made our way east, stopping in Arizona to see some of the Grand Canyon and tour around a little. It was so many years ago that I don’t remember where we stopped but we went to one of the reservations. It was there that I bought my sand paintings.

Using Sand Paintings in the Southwest

Sand paintings are associated with Native Americans in the southwest, most notably the Navajo. These were created for healing rituals and were destroyed afterwards because it was believed the paintings were toxic, having absorbed the patient’s illness.

There are 600 to 1000 different traditional designs for sand paintings that are known to the Navajo. Natural materials were used in making the colored sand: crushed gypsum (white), yellow ochre, red sandstone, charcoal and a mixture of charcoal and gypsum to make blue. Cornmeal, flower pollen and powdered roots and bark were used to add other colors.

Around 1945, sand painting became a permanent form of art for commercial sale. A Navajo named Fred Stevens (Grey Squirrel) is thought to have developed a method to “permatize” the sand paintings so they could be sold. 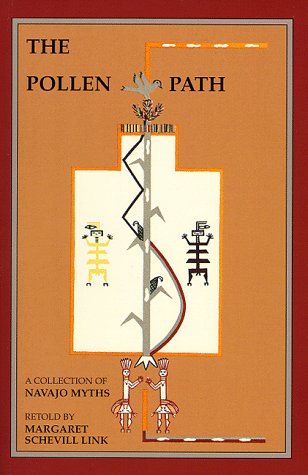 Corn, squash and beans are the “three sisters” of Native American crops, being among the first crops domesticated by ancient Mesoamerican societies. Corn provides a natural pole for bean vines to climb while beans fix nitrogen on their roots. The vines also help stabilize the corn plants, making them less vulnerable to blowing over in the wind. Shallow-rooted squash vines become a living mulch, shading emerging weeds and preventing soil moisture from evaporating, thereby improving the overall crops chances of survival in dry years.

Rainbow girl appears in the myth, In the Garden of the Home God, which tells the story of planting the three crops and honoring them and the rain, sun and moon. The story appears in the book,The Pollen Path: A Collection of Navajo MythsBy Margaret Schevill Link, Joseph Lewis Henderson.

Sand painting in other cultures

Sand painting is not unique to Native Americans.

Tibetan Buddhist sand paintings usually composed mandalas, Sanskrit for “circle.” The basic form of most Hindu and Buddhist mandalas is a square with four gates containing a circle with a center point. Each gate is in the shape of a T. These mandalas, concentric diagrams, have spiritual and ritual significance in both Buddhism and Hinduism. The mandalas are created over the course of several days but are destroyed shortly after completion. This is done as a teaching tool to show the “impermanence” of all things.

Aboriginal Australian art covers a wide variety of media, including sand painting. This indigenous art form has a history dating back more than 30,000 years. It was – and still is – used to mark territory, record history and tell stories.

In 15th century Japan, Buddhist artists practiced the craft of “bonseki.” They sprinkled dry colored sand and pebbles onto the surface of plain black lacquered trays and used bird feathers to create seascapes and landscapes.

I have a fascination with knives. I’m probably one of the few people who carry one around and have lost a few at airports when I’ve forgotten to take it out of my purse.

About five years ago, my husband and I went to nearby Cahokia Mounds to a Native American art show. As I passed one table, I noticed this knife. When I picked it up, it had a nice feel to it. Not heavy but substantial. The curve of the antler fit my hand perfectly as I held it.

I was tempted to buy it but didn’t really have the money to spend on it. I can’t remember what the man was asking for it, I think around $200. I went back several times to look at it, each time picking it up, feeling the smooth bone, running my finger along the flint blade.

After about the third time I looked at the knife, the man asked me what I would be willing to pay. I told him I had only $100 to spend. He offered to sell it to me at that price, saying it was obvious the knife and I had a “connection.” I was grateful for his offer and happy to bring home my beautiful knife.

If you find yourself at an art show and a piece of art "speaks" to you, listen to your heart. Buying art should be a heartfelt process, not one based on investment only.

Read about some of the other art pieces I own in Collecting Art is a Labor of Love and Huacas, Molas and the Native Art of Panama.