Kawika is the President of an up and coming new business in the Pacific Northwest that specializes in various drone operations.

All Successful Drone Pilots will Crash and Learn

I purchased an Inspire 1 - brand new. It cost me money I didn't have so I told myself I wouldn't crash it even though everyone said that I would. It's common knowledge - and very little you can do about it.

The first day, I was so freaked out that I would crash it that I literally flew a few feet off the ground, forward and backward in a straight line. I was so relieved when I placed it back into its case in one piece. It's like throughout the entire flight my butt and jaw muscles were clenched tight and only when it was back in its case, was I able to relax.

I was unable to fly for a week because of other commitments but as soon as I had a free day, I was very excited to get out to a large open field. I knew that trees were the drone's worst enemy, so I made sure that I had an open area the size of a football field that was clear of trees.

The first battery load, I took it slow and just hovered and moved around cautiously to get used to the remote. Now, the last device I used with a similar remote that was fashioned with two joy-sticks was an RTC radio controlled off-road racer.

Juxtaposed to the RTC racer, it wasn't long before I was flying at 50 mph and the field that was the size of a football field quickly shrank to a few seconds long in either direction. My wife - as she usually does - tried to get me to slow down and be more cautious but I was already hooked by the drone's speed and agile maneuverability. I was hanging 180-degree vertical turns and diving into a speeding straight-away with such confidence. The speed, the bird's adroitness to cover my flaws and shortcomings in experience propelled my ignorance further into thinking that I was 'all' that.

After the crash, I was very quiet because I knew that I flew recklessly and needlessly risk my drone and new business. However, I was very happy that I had the foresight to recognize that I needed a little insurance to help me should I suffer a crash. I purchase a product called DJI Care which insured repairs or replacement to my drone if I ever got into a crash. If you are a new pilot or an existing one, I would suggest getting this affordable insurance to the longevity of your business or hobby.

If crashing is inevitable, this will be your best friend. 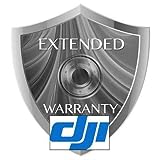 My Inspire1 After Crash Effects

A Myriad of Drone Technological Advances

Drones have become very popular over the past few years since 2015. Applications in photography, surveillance, mapping and even farming, to name a few, have become the new frontier for business start-ups and to further increase the business acuity in these fields.

Traced and recorded paths of the drone

Before you Fly do a Check-up from the Head-up

* After going through your pre-flight equipment checklist, be sure to do the most important check which should be your mindset.

* Your flight plan should never be to go and dawdle around in the air, you should have a specific flight plan to accomplish specific things.

* When you fly, be sure to have a checklist of maneuvers that you want to improve or practice on. Decide ahead of time when you want to video or snap a picture instead of just running your camera praying and spraying.

It all begins with the mindset that we are going to race ovals around the park just to open it up and send it wide-f'n-open down the field with little purpose or design of what my intentions were for the drone. Heck, if it's a toy for you and your intention was to do just that - or racing - then, carry on dude.

But if your intentions when you first bought your drone was to employ it into bringing another income into your family, then you need to stop and adjust accordingly.

You know, my wife is good at reminding me and cautiously bringing me aware of what might happen - she is the advocate of Murphy's Law. On that dark day just before I crashed my Inspire Drone, she came up beside me and asked me to slow down and make a video clip of the building that was nearby. But, I brushed her off and said I wanted to see how far I could push the bird... well, now that I'll be grounded for some time, I certainly wish that I had listened to her... as usual when something goes wrong I always have the comfort of knowing that she tried to bring me to my senses.

If I had taken a step back and thought that I should get used to flying the drone in the manner that I had originally intended it for, I might be flying past the two-hour mark of actual flight time. But, I didn't, and the result was not so well received. I had a lot of time to re-play that day of the crash in my mind and I knew that I let my emotions govern my flight activity that day.

Taking advantage of my grounded time, I studied and prepared for the Part 107 Commercial Pilots Test. This way, while my bird was being worked on I could at least be licensed to fly commercially when I got my drone back.

Checking Your Drone at Lift off

Here is a simple checklist to keep in mind to ensure that all your flights are safe - with the goal of your drone returning safely from a flight without incident and prepared for the next flight.

How many days after getting your drone did you crash it?

Crashing Your Drone Will Make You a Better Pilot