How to Shoot a Strong Portrait

"Portrait photography or portraiture is photography of a person or group of people that displays the expression, personality, and mood of the subject. Like other types of portraiture, the focus of the photograph is usually the person's face, although the entire body and the background or context may be included." Wikipedia

A large number of photographers focus on portraits and since people like seeing themselves this is no surprise.

However if given the choice of taking a regular portrait or making a statement instead, most would probably agree that making a strong statement in a portrait is better and can make the person behind the shot seem mysterious, more beautiful and interesting than in real life.

After all, at times, some photography is used to change the way others see you and how you see yourself.

For a portrait to look intense and mysterious while at the same time appearing to be exotic you really need to be creative with your lighting, angles and perspectives.

This does not mean that color should not be used, but if you compare two shots side by side you will probably be surprised as how a black and white shot looks to be better in more ways than one when compared to a color portrait. 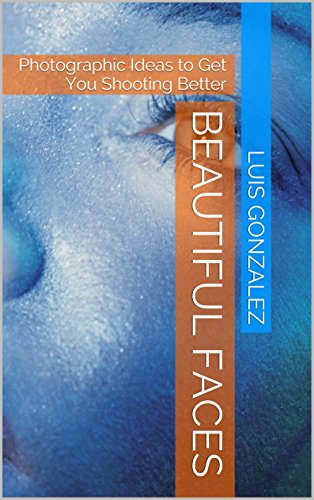 Why is working the light so important for portrait photography? Because shooting what can be called a strong portrait needs to have an air of mystery and portraits that are very well lit do not often possess this quality.

You need to play with shadows as much as to have the main portions of the face illuminated.

Just as important is having a strong backdrop like a totally dark one.

You need to isolate the face area and let nothing else distract the viewers from it.

Did you understand how to turn a head shot into a dramatic portrait?

But using light is not the only thing that makes a strong portrait. The model needs to be able to model gestures that appear as if challenging you, or looking seductive with a hint of defiance.

The face should fill almost the entire frame and the eyes need to be super crisp. Even small blurred areas will destroy the effect.

Do not worry if portions of the face are not visible or withing the confines of the frame or even obscured by the hair, hands and so on. Hinting often works better than a full reveal. The mind knows the parts that are not being shown are there and we unconsciously fill in the gaps.

Another thing that enhances the overall pleasantness of the shot is to use a beauty dish. A beauty dish is not something that many starting photographers know about but it has become a stable for studio shots where people are the main subjects.

A beauty dish is simply a shallow parabolic disk that attaches to a light source. There is a plate covering the flash head and this causes the light to reflect back into and out to the sides of the main dish.

Because the light from the dish wraps around the subject, it has the ability of creating good contrast and plus it can highlight angles.

You should also have in hand a catch light; a catch-light is a light source that causes a specular highlight (round spots) to show up in a subject's eye in the photograph. This brings the subject's eyes to life. If looking at a portrait and the eyes fail to "pop out" then they may seem lifeless and dull.

One of the first things a viewer will notice about a portrait, whether consciously or subconsciously, is how the subject is placed within the borders of the image. Is the head of the subject high or low in the frame? Are the eyes located in the middle of the frame?

These are elements that play on the mind's eye, and which contribute to how favorably a portrait is perceived.

Most professionals agree that when doing a head shot the subject's eyes, and when including portions of the shoulders, should be located approximately in the top third of the frame.

You may even experience a visual discomfort when you look at a portrait where the eyes are located halfway down the frame.

You may, albeit unconsciously, also try to imagine raising the subject so that it is more in tune with how you look at someone's face. 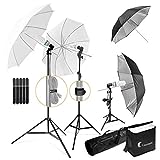 None of what has been mentioned already will work if the model cannot pose properly. Often when the subject is focused on the camera and thus the photographer, he or she will fail to give you a dramatic look.

It is often better to "trick" the subject and snap the shutter when he or she "forgets" that you are there.

Try to avoid shooting when the subject appears stiff. There are many good techniques to have a model relax such as asking them to look down, take two deep breaths and then immediately look at the camera.

A stiff pose will show and it is most always an unnatural look that viewers can easily pick up on.