It was on July 21st, 1946 that Picasso's love affair with the ceramic medium began, all on a chance visit to the local fair. At the fair Picasso noticed the works of Madoura potters and asked Georges and Suzanne Ramie, who operated the studio, to provide him with the opportunity to work with ceramics and the rest is history.

The Madoura studio and Picasso together produced 4,000 different plates, bowls, vases, pitchers, and other forms in limited editions ranging from 25 to 500. Picasso’s involvement in producing the objects varied. Sometimes he made the clay molds used for designs, while other times he painted on plates or pitchers taken from the drying racks. Picasso and Madoura’s artisans then finished the prototypes and produced the editions, each distinctly identifiable as coming from the imagination of Picasso.

People interested in collecting these original works, which are selling at auction for over a million dollars, seek to purchase collections edited and produced with exclusive rights by Madoura Pottery, such as these Picasso ceramics. These works are both marked and stamped on the underside of the base, indicating the ‘Edition Picasso’ & ‘Madoura Plein Feu’ from which this piece is derived, along with the edition number.

Picasso had such a passion for the medium and certainly enhanced his skills as an artisan as can be seen in the craftsmanship that has lasted over 60 years, both in value and beauty. As Georges Ramie states, “he gave himself up to it heart and soul, with that tireless vehemence he brought to everything, the indomitable ardor of those vocations that are all the more fruitful for being slow to appear. And it was from that moment- and thanks to the prestige of the work Picasso was yet to do- that ceramics, which many had always considered a minor art, began to enjoy an eminence hitherto unsuspected and now universally admitted” (pg. 17). A wonderful balance between tradition, innovation, partnership and creativity, it is not hard to understand why Picasso’s ceramics are so universally collected and cherished.

For works made with such skill and passion, it is interesting that Picasso’s ceramics were overlooked throughout his career and have only recently been collectable within the last 15 years or so. The fact that they were created in mass editions and readily available to be put in homes rendered them suspect in the art world. Picasso for all of his prestige and artistic reverence couldn’t dissuade the snobbery surrounding ceramics, as they were (and often are) viewed as an illegitimate art form.

The Picasso ceramic editions did have their collectors however, as the British actor Richard Attenborough who began collecting them in 1953 wrote in an essay: “It was this thoughtfulness [of being affordable] which enabled us, during the restrictive currency regulations of the 1950s, to make our very first purchase. It was an ashtray costing 30 francs.” Today that ashtray is easily worth a few thousand dollars and it is thanks to the exhibition, Painter and Sculptor in Clay that appeared in 1998 and 1999 respectively at the Royal Academy of the Arts in London and the Metropolitan Museum of Art in New York.

The exhibition Painter and Sculptor in Clay created an acceptance of the ceramics and gave them exposure to the art world with other Picasso ceramic-heavy exhibitions soon following. These exhibitions helped to drive the market, making Picasso’s ceramics a hot commodity. This can be seen in the historic Christie’s Picasso Ceramics The Madoura Collection sale that raked in over $12.5 million in 2012, and every other Picasso ceramic sale since with the latest one in May of 2014, Important Ceramics by Pablo Picasso from Sotheby’s totaling over $2.35 million. If these auctions and sales are any indication, then these creations that Picasso labored over with such love and intensity will never slip off the radar again. Especially since they now have an exclusivity attached to them as they can no longer be made and are limited in availability.

The location of Vaullauris in Southern France 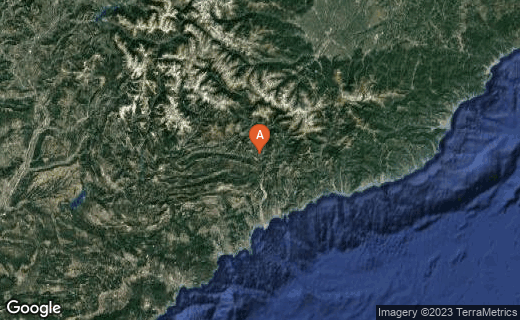 Vallauris is a small commune in the Alpes-Maritimes department in the Provence-Alpes-Côte d'Azur region in southeastern France.