Postage Stamp Art the World Over

Rick consumes current information about science, technology, culture, and the ways our lives and world keep changing, and shares insights.

All About Postage Stamps

The art of postage stamps varies widely around the globe, from the stars and stripes found so often on United States stamps to the soccer players of Brazil, and from the profiles of Queen Elizabeth on British stamps to the rare colorful birds of Costa Rica. The postage stamps of the world in fact depict just about anything the enquiring human mind might find of interest.

But let’s begin our discussion here at home (my home, here in the U.S., that is). Who decides what gets put on U.S. postage stamps? Well, of course, just like any other major decision by any quasi-governmental bureaucracy, it's done by committee! But that's really only part of the answer.

Stamp art may be suggested by anyone, from schoolchild to doting grandmother. Throughout U.S. history, stamp design suggestions have come from every conceivable corner of American society. Suggestions for stamp designs are gathered and reviewed by a design committee within the Stamp Services division of the United States Postal Service (USPS), and a rough working roster of future stamp designs is formulated annually.

Once a likely subject is selected for consideration, art directors then begin to review and select potential artists, photographers or illustrators for the creation of the required art. Those artists create a number of ever-more-refined studies or sketches, until the final layout, configuration and art are approved.

As one might expert, artists are often more ideally suited to one specific kind of art or illustration than another. The various annual Duck Stamps produced by the USPS — which bear a large face value because they also serve as duck hunting licenses — are almost always created by the nation’s very best wildlife illustrators. For its continuing series of stamps keyed to the various Chinese years (like the Year of the Hare and the Year of the Rat), the Postal Service chose a distinctly Asian style that employed the fine paper cuttings of an Asian artist. For a recent series of stamps dedicated to the works of interior and furniture designers Charles and Ray Eames, crisp photographs of their creations against a bright white ground were selected. Because U.S. postage stamps enjoy such wide circulation (and live on for decades to come in collections of stamp lovers), artists are extremely gratified and honored to be asked to create the art of a U.S. stamp.

Almost Anything (or Anybody) On a Stamp

Generally, the subject matter for stamp art ranges through people, places, things and events. U.S. postage will typically not bear the likeness of any living being, but will instead display illustrations of such famous and influential personages as explorers, Presidents, inventors, musicians, movie stars, social activists, Nobel Prizewinners, foreign heads of state, writers, artists, and so on. All 50 states of the U.S. and all of its territories have appeared on stamps, as have their flags, state flowers, and state birds. So too have most major cities throughout the country.

Mankind’s many inventions from steam engine, light bulb, automobile, telegraph, telephone, television and radio through mobile phones, computers, hula hoops and beach balls, have appeared on stamps. Each passing Christmas is noted not only by a religious stamp, but also by a non-religious selection of Santas or toys or ornaments. Kwanzaa and Hanukkah and Eid merit their stamps as well. Most events — from the founding of the Boy Scouts to a state sesquicentennial to the Annual United Way Fund Drive — are commemorated, fittingly enough, by Commemorative Stamps, of which the U.S. typically creates several dozen each year.

The U.S. also occasionally engages in joint stamp issues with other countries — a notable collectible example was with the U.S.S.R. on joint Apollo-Soyuz stamp designs.

Though printed less frequently, Definitive Stamps — those with a definite monetary value, and usually bearing animals or objects or symbolic graphics — are printed in much greater quantities, as they are used for extended periods of time. (You yourself may have a single left-over 3-cent or 10-cent or 37-cent US stamp lying unused in an old desk drawer.)

Should you ever have an opportunity, browse through a friend’s stamp collection or a USPS stamp catalog someday. You will see the full panoply of American history, society, culture and personality, played out at miniature scale. The quality of stamp art is quite often astounding. 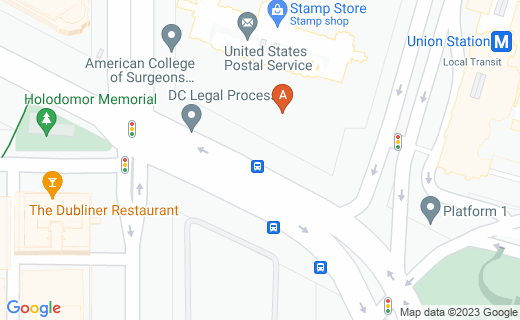 But for a true expansion of the mind, venture through a philatelic shop (a store that deals in stamps and collecting paraphernalia) or scan a world-wide stamp collection. There you may find:

• the tigers, tapirs and civets of Afghanistan;

• the colorful butterflies of Antigua & Barbuda;

• the geodes and crystals of Australia;

• military ranks of the Ajman State;

• the flowers of Canada;

• triangular stamps of the Republic of Dahomey;