The (Street) Art of Stencil Graffiti

Taking Art to the Streets

Stencil graffiti is growing in popularity worldwide. This street art can be a few simple words, or a grand scale art piece. Because it is cheap, quick, and easy, this style of graffiti has grown tremendously. Often the stencils express political and social opinions of the artist, or are simply images of pop culture icons. Stencil street art adorns public areas around the world. It has become part of urban living.

Love it or hate it, stencils aren't going away soon.

Because stencils are prepared ahead of time, and spraying (or rolling) over them is quite quick, a street artist can make a detailed piece in seconds. And now, with the use of computers, it is easier then ever for street artists to create their masterpiece, often using familiar symbols and faces. This has all lead to an increase in the activity, exposing it to more and more people each day.

Stencil graffiti includes images or text cut into paper, cardboard, plastic, or other material such that, when painted over, the image is transferred onto the surface.

Political issues of the specific time and region are often the subjects of stenciled street art...a bit like political cartoons. 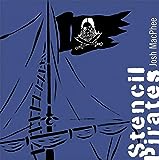 Stencil Pirates is the first comprehensive book dedicated to stencil street art. Included are artist profiles, an in-depth history of stencil graffiti, its political context, and how stencils fit into the larger pantheon of street expression. Also here are a detailed “how-to” manual with designing, cutting, and painting tips from the artists, as well as 20 perforated cardstock stencil templates for readers who can’t wait to hit the streets.

These videos show a lot of stenciled street art. They show you some of the most famous marks, and even let you see them being created. Also, learn a bit about the artist themselves, like Banksy, and others.

Your Thoughts... - Anyone can vote!

What is your opinion of grafitti overall?

A World of Graffiti

These books have a lot of information on stencil graffiti and amazing photos of art from around the world. They'd make a great gift. 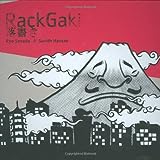 Graffiti Planet: The Best Graffiti from Around the World (1)
Buy Now 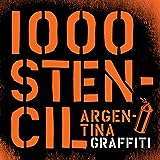 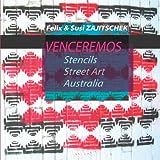 Banksy is probably the most famous stencil graffiti artist - certainly the most famous in England. His work can be seen all over London. Often incorporating rats and policemen into his work, Banksy art is quite the socio-political commentary. He is an elusive artist who maintains his anonomity quite well. Banksy's website gives us an insight as to what he is thinking, and keeps us informed on his lasest ventures. He has also struck Palestine, and America.

A London wall upon which a mural by the legendary graffiti artist Banksy sits, sold on January 14, 2008 on eBay for $407,000. Buyer must pay to remove the wall. Check out the whole story:

Ever since anonymous spray-can art began appearing on city walls in New York and Philadelphia in the late 1960s, graffiti has been a ubiquitous presence in the urban landscape, its artists largely unsung heroes. As hip-hop culture spread from America, graffiti became a worldwide phenomenon, emerging in the 1980s as the symbolic artistic language of young people everywhere and one of the most potent influences on youth-oriented marketing and design. With more than 2,000 illustrations by over 150 artists from all over the world and interviews with many of them, this visually arresting book is the most comprehensive survey of graffiti art ever published.

Organized by the elusive Banksy, and held May 3-5, 2008, a dark and dingy tunnel underneath an old train platform at Waterloo Station in London was transformed.

Dozens of street artists from around the world contributed to stenciled masterpieces. In addition, it was open to the public to add their stenciled pieces.

How to Create a Stencil

(Art in Photo by Banksy)

Depending on the desired result, there are different ways to make a stencil.

A computer can be used to help make detailed designs, designs with downloaded fonts, or designs from photos. If you wish to simply draw a graphic by hand, that works too. Also, photoshop shapes are a stencil waiting to happen.

In order to make a design from a photo, you will need a photo editor that allows you to adjust the threshold, and brightness and contrast of the photo. Basically, you want to get rid of the unneeded background of the photo, giving you just the subject you desire. Then adjust the contrast and brightness, or adjust the threshold, of the picture to the point of having a picture that is two colors - black and white - and still recognizable. Make any needed touch-ups, or adjustments to keep there from being areas inside of holes (that would fall out of the stencil). You could also preform this step while cutting, but it may be more difficult.

Add a border around the picture and print. Once printed, just put your stencil over the item you wish to use as the stencil...cardboard, paper, thin plastic, contact paper, whatever. Next you must cut out the design. An x-acto knife is best as it makes a clean cut and is easy to work with.

To use the stencil, hold or tape to the surface, and spray or roll paint over it. Remove the stencil (by lifting off, not sliding). If it needs any touchups, use your finger or a brush. Tada!

Stick Your Two Cents In

What do you think of graffiti?

Watching a video is the easiest way to get a grasp of how these stencils are made. I suggest the first one, as it is a great step-by-step. The second video is a great explanation on how to print the stencils very large using multiple sheets of paper that you can line up.

The shapes tool in photoshop, and the fact that so many amazing shapes are available for free to download, are ideal for stenciling. Download some free shape sets and see the versatility they lend you.

From Around the World

Worldwide, these limited color graphics are marking a time and a place, giving commentary on it as well. They are leaving their mark on the world, making a strong statement. 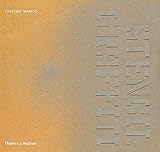 City streets abound with billboards, posters, and corporate advertising that almost invite a subversive response ...and increasingly are getting one. Many of today's graffiti artists have adopted the stencil and spray can, and are using the street as a giant creative forum for their arresting artwork. "The image," says San Diego artist Shepard Fairey, "is integrated with the texture of the street." This book showcases the work of the originators, the innovators, and the new generation who, as UK artist Nylon puts it, are "breathing life into derelict spaces." Stencil graffiti is beginning to filter off the street too, as artists are inspired to use stencils on canvas, clothing, and metal. Tristan Manco has chosen over 400 of the most visually exuberant, subtle, and creative examples of the genre from cities all over the world. With subject matter ranging from the political to the poetic, from the funky to the frankly curious, stencil graffiti is graphic innovation on an international scale. Inspirational in form and content, this book is an essential record for everyone with an interest in design or in contemporary urban culture. 405 illustrations, 400 in color.

An x-acto knife is the best way to cut a stencil. The razer edge makes the easiest and cleanest cut.

These sites provide many fonts that work well for stencils. From military style, to pixelated fonts, to modern and gothic, hundreds of fonts lend themselves to stenciling.

Barack Obama has brought in a whole new wave of street artists. His grassroots popularity led to some amazing stencils.

(and earn money doing it?)

And, if you were interested in how to publish a page like this, it is really quite easy. Just Click Here to begin...open a free account and start your own "lens" here on squidoo on any topic of your choice.

I am in no way encouraging you to vandalize or cause damage to other people's property. This lens is for the appreciation of street art, and for the use of its style in legal mediums. Stencil your own property or inside your house. Stencil on your bench or picnic table. Stencil on wood and hang it. Stencil with permission of the owner. Stencil your kid's bedroom. Do not stencil on public property or other people's property who did not give you permission.