The Benefits of Teaching Men How to Quilt

Is there a typical quilter?

I have attended and shown my quilts in many quilt shows. It never fails. Someone will approach me and say, "My grandmother use to quilt. She had those big frames that hung from the ceiling and she did all her work by hand."

Of course the inference here is if you use the machine any place on your quilt - it's not a real quilt. But, that's a topic I'll address later.

When I hear those "fond memories" my mind usually mumbles to itself, "Good grief, was their granny the last widow of the Confederacy?" And, then I slap my brain back to reality.

With that said, that one image IS the stereotypical image of the typical quilter.

Take me for example. I started quilting in 1986. I was a young lass of (mumble, mumble) years old. Being a true Southern gal at heart, I am a girly girl. I was young, thin, I did the hair thing, the make-up thing and the jewelry thing. I was not into doing the "wearing patchwork, quilted clothing" thing.

So, in the beginning, it took seasoned quilters a while to take me seriously - until they saw my work. Bringing home a Best of Show ribbon from one of the best shows in town kind of cinched the deal.

Well, then who quilts? You just might be surprise.

Of course, women make up a large percentage of the quilters, but they're not just grannys sitting at home passing time waiting to die. Sure you have grandmothers who quilt. But, they are active, young grandmothers. Some still work, others may ride motorcycles, own their own business - you get my point - they lead a full life.

There are also young wives, professionals, college age ladies, and even younger girls.

Recently I was delighted to discover a USA astronaut promoted the art of quilting by making a quilt block in space while on the space station.

So, it's not really a far stretch to imagine and find men in quilting. Actually there have been men participating in quilting far longer that people would realize.

Even in the Amish and Mennonite communities it wasn't unusual to find the men of the community involved in quilt making. In the off season of farming, they might become involved in some form or another with quilting.

When the older men began to slow down and turn more of the farm chores over to younger men, the older men might be found participating in quilting by doing things like cutting out the fabric patches.

First, let see what a guy has to say about reasons men should quilt.

Tim rides a Hog and is CFO of Accuquilt. He has 10 reasons or "benefits" for guys to quilt. One reason - you get to tell buds you hang out with a room full of women. (The "strippers" he refers to is the method of cutting fabric into strips for quilts.) 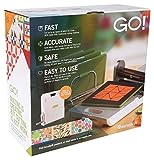 My Experience with Teaching Men to Quilt

I personally have taught men to quilt - two in fact. My ex - husband and my current husband have been my students. Both have been entirely different experiences.

In the case of my ex-husband, let's call him Gomez, it was almost a case of self preservation or maybe sanity on his part. It started during the first Gulf War in the 1990s.

I had been hired by a local quilt shop to hand quilt a quilt top that would hang in the shop as a sample for one of the upcoming classes. I had the quilt in a frame that was setting in my den and I was quilting on it when the bombing in Baghdad began.

Who can forget the live coverage from CNN reporters Peter Arnett, Bernard Shaw and John Holliman as they hunkered down in a hotel in Baghdad and gave live details as the bombing commenced. It was the first time war was brought into our homes live - 24 hours a day in harrowing, gory detail.

As I sat there putting stitch after stitch into the quilt in the frame, Gomez was pacing the floor, watching the unfolding war and popping Rolaids like they were M & M's. Finally, he stopped pacing, looked at me sitting at the frame and asked, "How can you do that with all of this going on?"

I thought a moment and answered, "How can I NOT do this now? I'm doing this because it's soothing and calming and gives me a sense of normalcy in this upside down world right now. You should try it - it might help."

He was game so I put together a block for him to practice quilting stitches on. The rest was history so to speak. He graduated to piecing tops and quilting them.

So, big benefit here for a man to quilt? Maintaining his sanity during a time of crisis.

Gomez worked in the engineering field, so he tended to make quilts that were graphically geometrical in design.

We became known as the husband and wife quilting couple in our local community. At the time men were just beginning to get their feet good and wet in the quilting scene.

I discovered the advantages of having a spouse who shared my avocation. Unlike many other quilters whose husband's might resent or even become angry over their spending on quilting tools, books and fabric, a quilting husband spends on the same things and will attend quilt shows alongside you. I knew of quilters who would hide fabric and other purchases and gradually bring them out. So, benefit of having a quilting spouse: they shop with you.

I always jokingly say my marriage went south because of a discovery I made as a genealogist. Gomez, a die hard Southern boy was operating under the assumption his people spontaneously progenerated from the red clay soil of the South. He didn't cotton to the fact they were actually carpetbaggers who came South from Pennsylvania after the Civil War. I don't think that's one block he'll be putting in his diary quilt should he ever choose to make one.

My Next Male Student

I remarried in 2003. I call him my Tall & Handsome. I should also add intelligent and talented. When he first attended college he entered as an art major before switching over to business. But, that should also tell you something else - he is an artist at heart.

When we first met I was having a hard time getting back into quilting after my divorce - almost the quilter's version of writer's block - quilter's block. How about that pun?

But, my husband had seen my quilts and encouraged my to continue my work. He did everything he could to be supportive. I had one quilt in progress so I became determined to finished it. I had started a series of sampler quilts called the Maverick Quilts and the first one was unfinished. When I finished the first one, I dedicated it and gave it a name that honored him.

Maverick I - To New Mexico

Now It's His Turn to Quilt

After seeing me quilt more and more, T & H (my husband) got the bug. I wasn't surprised given his background and knowledge in art. I knew he had done some work in stained glass and I told him there were stained glass quilt patterns. Ah, more draw and appeal.

He was ready to take the plunge.

So, we designed it using EQ7. Take into account the pictures from the design will not reflect the fabrics in the quilt, but will give you an idea of how the designs look when using the quilt design software. The design uses two blocks repeated to make the overall design called the Tennessee Waltz. There is a star block and a snowball block.

Working on the Project

We began working on the project when T & H had some time off during one holiday season. He was a determined and quick study. He was determined to learn how to thread the sewing machine, use a rotary cutter, fussy cut fabric and do anything he needed to do to learn to piece a quilt top. He learned to fussy cut because in each center of the star blocks are perfectly centered dream catchers.

His second project was a beautiful wall hanging with art deco fabric. He worked independently on that project.

The benefits? How can you not grow closer in the hours you share sitting side by side working on a project? Spending the hours talking, laughing. Those are called quality hours.

And when you finish something, a share excitement and pride of accomplishment in teamwork.

South by Southwest and Tall & Handsome

Men are contributing more and more to quilting. Whether it be through remarkable quilts, innovations in sewing and quilting machines, gadgets and tools, fabric designs or publishing, men are large contributors to the modern quilting community. They have many ideas to offer and quilting can only benefit by welcoming men into quilting.

I have taught men in my life to quilt. Even though he has been my student, my current husband has enriched my quilting life. It is a wonderful experience to share something I love with a spouse who enjoys and appreciates it also and who appreciate the tools of the trade. Some of our most enjoyable days are days spent in our "quilt studio".

If only other couples could be so lucky.