There is not – in any culture, anywhere in the world – a more perfect and elegant symbol than the Chinese Yin Yang. Even if you aren’t aware of its meaning, you can infer it, and its symmetry draws a natural interest, maybe even a fascination. Children and adults alike, intelligent and educated or not, are drawn to this design.

Compare it to other well-known symbols. The two fingers of the peace sign? Or is that a “V for Victory” sign? The extended thumb and pinkie of the Hawaiian “hang loose” sign? What’s the connection between that image and its associated idea? The only symbol that comes close to having a universally intuitive meaning might be the circle with the slash meaning “Not Allowed” or more simply, “No.” But that’s relatively modern; its forerunner had to be a simple “X” crossing out another image. Many symbols are cultural specific, like the American thumb-to-tip-first-finger-circle “OK” sign that in Brazil means something rather nasty. There is one symbol, actually more of a single-finger gesture, that is probably common to all cultures, but it certainly lacks elegance. The dollar sign is known worldwide, and the Coca-Cola logo is reported to be the most universally recognized product identifier, but both of these could have easily been some other design bombarded into the world’s consciousness.

So why is it such a strong symbol? How did it originate and become popular? Ahhh, within the answers lie the magic.

The symbol is thousands of years old. It came from China, where some quite smart people observed the daylight shadow of a single upright pole through the year and correlated it with the nighttime positions of the star constellation known to us as The Big Dipper.

In the springtime, the handle of the Dipper points to the East; in the summer, South; in the fall, West; and in the winter, North. By marking the spiraling position of the shadow in the circle around the pole, they determined the yearly cycle is just a few hours longer than 365 days, and also that the tilt of the Earth is 23 26' 19''. Using the sunrise and the position of the Big Dipper, they identified the Vernal and Autumnal Equinoxes (essentially equal amounts of day and night) and the Summer and Winter Solstices (longest and shortest days.) They divided the shadow circle into twenty-four “pie” pieces, and drew six concentric circles around the pole. Using the markers of the daily shadows, they separated the year into two halves from the Summer Solstice to the Winter Solstice. By contrasting the colors of the two halves, you have the original core of the modern Yin Yang symbol. The shadow plot spirals a bit more steeply (and it is clockwise, btw), but it is clearly recognizable as the basis for the modern symbol. Perhaps this is why it draws the interest of so many people from so many cultures: there is something recognizable in it, something universal: the planetary rhythm moving through the cosmos. In other words, in it somehow we sense something magical.

The modern symbol – and by modern I mean the last few dozen centuries - is drawn with curves gentler than the planetary plotting, and there are smaller circles of opposite color within each side. How did that evolve? In a word, beautifully.

Traditionally, the lighter color area represents more sunlight and is called Yang (Sun). The darker color area has less sunlight (more moonlight) and is called Yin (Moon). Sunlight is considered masculine (active and warm but can burn) and moonlight feminine (more subtle and reflective, cool but can light the way). Yang and Yin, masculine and feminine, male and female: one cannot exist without the other. Man can’t be born without Woman, and Woman can’t give birth without Man. The growing sunshine (Yang) begins at the Winter Solstice (shortest day), so the Winter Solstice is marked on the shadow plot with a small circle of Yang (the lighter color, usually white.) The Summer Solstice is marked directly opposite on the shadow plot with a small circle of Yin (the darker color, usually black.) Poetic, yes? It gets richer.

The ancient Chinese believed the world was created by the spontaneous separation of amorphous ether into heaven and earth and all that exists within both. Everything – Heaven and Earth, dark and light, cold and hot, good and evil, weakness and strength, love and hate, male and female, life and death – exists only in relation to its opposite. Without down, there can be no up; without pain, there can be no pleasure.

Note that this paired existence is seen as a complementary duality, two parts of a single whole, and not an opposing dichotomy of polar opposites. When viewing human life, of course one half of pair is preferable, such as love over hate, good over evil, etc. However, when viewing existence – heaven and earth and all that exists within both, physical and spiritual, there is no value assigned to either half of a pair. All opposites are considered necessary for existence, the other side of the coin, so to speak. This idea leads to an acceptance of the spiritual work laid before each of us in the necessary efforts against all kinds of pain and evil instead of wasting energy being frustrated with and angry at the struggle itself.

This idea is carried further: both halves of a pair are in constant flux, each half ebbing and flowing, eternally seeking balance. Within each there is a small part, a seed, a kernel of the other. Do not manly men have some character traits considered feminine? And vice versa? And do not men and women struggle to balance their energies? Day becomes night, night becomes day, in constant flow from one to the other.

The Yin Yang symbol represents this idea of duality, of shared existence. Yin, the darker, solid color on the right, symbolizes the feminine, passive essence; Yang, the lighter color on the left, symbolizes the masculine, active essence. Within each, there is a part of the other. Entwined, they define each other. Each depends on the other for its own existence and expression. Their curving tadpole-like shapes imply movement, and as they chase each other and the other part of themselves, they achieve a precarious balance. Together, the form a perfect circle and represent balance, harmony, unity, the universe, and eternity.

The ancient Chinese saw the concepts of Yin and Yang throughout nature. For example, the feminine essence Yin is also symbolized by rock, and the masculine essence Yang is also symbolized by flowing water. Rock and water each have their own kind of strength: rock can change the direction of flowing water, and flowing water can change the form of rock. In nature, as a whole, both forces exist in equal amounts; neither is greater, and all is complementary, as it must be.

See? The ideas behind the symbol are beautiful, and symbol’s expression of them couldn’t be more elegant.

I have seen, by the way, a tattoo of the Yin Yang symbol with a man’s initials on one side and his wife’s initials on the other side. “Harmony between me and her,” he explained. “Means more than a gold ring I could take off my finger.”

The Yin Yang symbol is everywhere . . . 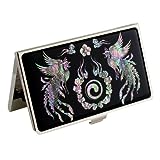