My grandpa loved gardening. I learned much from him. To this day I enjoy puttering around in our garden, growing plants for beauty and food.

A good friend of ours gifted us with a beautiful arrangement of blooming tulips when she and her husband recently came to have dinner at our home. She has been known to bring the same flowers in the past and she knows that tulips are among my husband's most favorite of flowers.

The memories of this latest gift will linger longer than most because in addition to photos that I took of them, the tulips were in a vase of Val St. Lambert crystal.

The crystal vase did look prettier than normal and it was heavier, but no further thought was given to the container of tulips as we had additional company that night and it was simply placed on the buffet in the dining room adding much to the décor for that special evening of dining, friendship and fun.

Of course I had to fill the vase each day as cut tulips are thirsty drinkers of water. As the tulips continued to open and droop such as is their fashion, they became even prettier as the days passed.

The photos pictured here are those very same same tulips.

Finally the day had come to put the tulips onto our compost pile and wash the vase. It was then that I discovered the additional gift of that evening...the fact of the vase being an expensive crystal Val Saint Lambert creation. Thank you Pat!

Val Saint Lambert is a well known crystal manufacturer which originated in 1826 in Belgium and which has been creating beautiful crystal pieces ever since that time. It got its name of Val Saint Lambert due to the fact of it first being created in an abandoned abbey of that same name.

The abbey was undoubtedly named after St. Lambert who was a bishop in the City of Maastricht in The Netherlands and who was killed in the year 705. Maastricht is only a couple of miles from the border of Belgium. So much for that brief history lesson!

This post commemorates that most thoughtful of beautiful gifts and will offer lasting views of the tulips for a much longer length of time than their brief sojourn from bulb to plant to glorious bloom would otherwise entail because of these photos taken in the days following that most generous of gifts.

For one period of our lives, my husband and I attended many different fundraising balls and gala occasions in Houston.

On several occasions I could not attend one of those festive events and we had several good friends who were "approved dates" for my husband. We have kidded about the "approved date" list for years. Several friends happily volunteered to be on that special roster.

One time our dear friend Pat who was widowed at the time accompanied my husband to a Symphony Ball. The flowers adorning all the elaborately decorated tables that particular year were tulips which was when she first learned of my husband's fondness for that flower. She never forgot and has subsequently gifted us with those flowers numerous times.

The youthful lady pictured above was my paternal grandmother as a young girl. This was her confirmation picture.

From the time I first remember her she lived in a home on a lake in Okauchee, Wisconsin. Her husband had built that home for her as well as a string of cottages that were utilized for rental properties.

My grandparents had terraced the hillside going down to the lake with rocks and had many perennial plants sowed into the ground there and also up around the house. Apparently in its day, it was quite the showplace as viewed from the lake.

Needless to say tulips and other bulb plants like iris were among the mixture of plants.

Tulips in northern climates like Wisconsin bloom in the Spring of the year. In fact sometimes their foliage peeks through some lingering snow on the ground and they are often some of the first bright colors forecasting the end of a blustery winter and warmer days ahead. Thus, they are not only welcomed for their unique beauty but also as a harbinger of other flowering plants that eventually brightened the landscape.

My mother tells me that her parents also always grew tulips at their home in Milwaukee. She often proudly took the first big bouquet of tulips to her school teacher in the Spring of the year from cuttings in her parent's yard.

Wisconsin to Texas and Back

I had grown up until the age of just turning 13 in Wisconsin before my parents moved our family to Texas.

After getting married my husband was promoted and it necessitated moving from Houston to central Wisconsin where we lived for about 4 years before getting transferred back to Houston, Texas. He was in the paper distribution business at the time and Wisconsin happened to house the home office for the company. He returned to Houston to run the local division of the paper company after having been on the corporate marketing team.

What does this have to do with tulips?

My grandmother shared some of her tulip bulbs with us and we planted about 75 to 100 of them which became a bright red spot of color in our backyard each Spring.

Tulips are bulbous plants that rapidly spread in the ground and need to be thinned out every so often or the blooms get smaller as the bulbs become crowded. Prior to leaving Wisconsin, we had shared hundreds of these tulip bulbs from my grandmother with neighbors and friends.

By now there should literally be thousands of tulips in the Wisconsin Rapids area of the country that stemmed from my grandmother's home on Okauchee Lake.

Unfortunately where we now live in Texas, tulip bulbs do not naturalize and spread with the resulting new blooms each year without a great deal of effort. One would have to dig them up after they bloom, store them and refrigerate them for several months prior to planting each year to give them that dormant period that they require.

For us it is simply easier to purchase blooming pots of tulips or bouquets each year and enjoy the brief but brilliant splash of their colorful company.

When my husband lived in Iowa as a youth, he and his family often visited Pella each Spring as there was an annual Tulip Festival held there.

Pella, Iowa is a cute little town that also features some windmills. 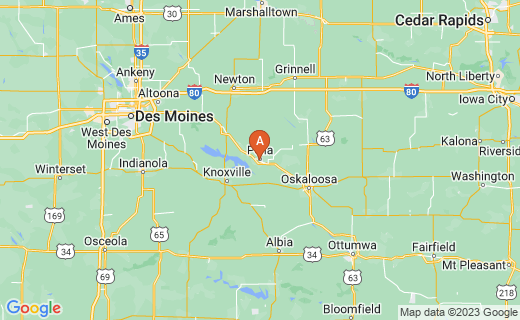 Most people associate the country of Holland with tulips and for good reason. Millions and millions of tulips are raised commercially in Holland and exported all around the globe. It must be quite a sight to be visiting there when the fields are ablaze with blooming tulips of various sizes, shapes and hues.

Tulips actually originated in Asia before spreading to other countries in Europe and beyond. They come in many different species and sizes as well as colors.

Tulips can be found almost year round as the bulbs can be forced to grow by simulating the natural growing environment which includes periods of cold and dormancy in addition to the correct fertile soil conditions, moisture and light.

Hope you liked this tribute to our friend Pat who gave us these gorgeous tulips in a Val St. Lambert crystal vase pictured in this post and which also generated some memories for us of the near and distant past.

Which are your favorite flowers?