Android tablets can sometimes be the cheaper alternative to ipads. There are many different kinds and sizes of android tablets. Common sizes range from 7 inch to 10.1 inch. There are tons of different brands such as Google Nexus, Samsung, Asus, Acer, Coby Kyros, and more. Some tablets are budget tablets while others are viable alternatives to the ipad. Budget tablets are nice for surfing the web, checking your email, and playing some games but they don't have much storage. High end android tablets can be used for all sorts of things such as office work, digital painting, playing big games, watching movies, video conferencing, and pretty much most things a PC can do. These tablets also have more storage, usually 16 or 32 GBs. The main high end tablets are Samsung, Google Nexus, Asus, Sony, and NVIDIA Shield. I own an Asus TF300, a 2012 Samsung Galaxy Note 10.1, Samsung Galaxy Note 8, and a Samsung Galaxy Note Pro 12.2. They are my high end tablets and I do most of my work on them, especially the Note Pro 12.2. The other tablets, I use for taking with me for sketches and quick color studies. The Note 8 is really nice for that. 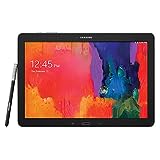 Samsung Galaxy Note Pro 12.2, 32GB (Wi-Fi), Black
This is my main workhorse tablet now. I really like the bigger screen because it is easier to draw and paint on it. Also it works great with the Splashtop Remote Desktop HD and doesn't crowd the PC desktop icons together because it has a bigger screen.
Buy Now 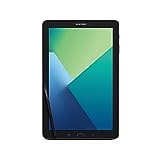 Samsung Galaxy Tab A SM-P580NZKAXAR 10.1-Inch 16 GB, Tablet with S Pen (Black)
This is the latest model of a Samsung Galaxy Tab A. It is more portable than the Note Pro 12.2, but still has a fairly large screen. Make sure you get the version with the S Pen.
Buy Now

A Word About Styluses

Now that I've discussed different types of android tablets, I'd like to talk about styluses. My first tablet was a resistive touchscreen and I found a stylus for it with a pointed hard plastic tip which was perfect for drawing. However, when I got a capacitive touchscreen tablet (which most tablets have now) I was very disappointed when I tried to draw with the big rubber tipped styluses. I couldn't draw accurately at all with them. So I went on a web search mission to find a better stylus. I stumbled across a video for a stylus used for writing called a Dagi stylus. These styluses were developed for writing in asian languages using Chinese and Korean characters. However, many artists started using them to draw on their computer tablets. The stylus has a metal spring on the end with a plastic disk attached to it. The stylus glides across the touchscreen and draws an accurate line. They worked great for drawing! I was thrilled to find them. Now I've found out there are some more styluses that work the same way called Adonit Jot and another called Musemee Notier. I haven't tried these, but I've read good reviews about them. 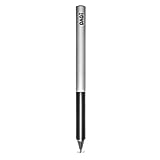 Dagi P701 Stylus Touch Pen for iPad Air/2/3/4, iPhone 4/5/6/6 Plus, Galaxy S6/S6 Edge/S5/S4/S3, Galaxy Tab, Kindle Fire, Nexus (Black/Grey)
This is a nice stylus to draw with on tablets that don't have custom made styluses such as the Asus or Nexus brands.
Buy Now

For a while I used my Dagi styluses on my Asus TF300 tablet for digital drawing and painting. I could also use them on my Samsung Galaxy Note 10.1. However, the Galaxy Note has an accessory called an S pen. This stylus only works on a Samsung tablet or phone and is designed for writing or drawing. To me it feels like drawing with a ballpoint pen. The S pen is even more accurate than the Dagi styluses and I really like it. The screen on the Samsung Galaxy Note 10.1 works just as well as a resistive touchscreen, but with all the perks of a capacitive touchscreen as well. Wacom makes a stylus for Samsung Galaxy Note products that is just like the S pen and it works great too. Now for my digital drawing and painting, I use the S pen on my Note tablets.

There are tons of digital painting apps for android. There are a few that can get up to 4,000 X 4,000 pixels but not much bigger than that. LayerPaint HD can theoretically have a painting 10,000 by 10,000 pixels, but it usually gets unstable after 6,000 by 6,000. I think ipad is still a little bit ahead of android in this area, but android is slowly catching up. Some of the high end digital painting apps for android are Sketchbook Pro, Infinite Painter, Infinite Design, LayerPaint HD, ArtFlow, Clover Paint, and ArtRage. If you are interested in the android apps check out the link below to my blog and see more about my app reviews.

So the question is: what if you want to print your digital paintings and you need at least a resolution of 300 ppi to print? Enter the Spashtop Remote Desktop HD app. This app enables you to hook up to your big PC and use your tablet to control it. You have to download the Splashtop app on your PC (that one is free) and purchase and download the Splashtop HD app on your android tablet. With this app you can use programs installed on your PC; programs such as Microsoft Office, email, Windows browsers, and digital painting programs.

Splashtop Remote HD enables me to make digital paintings with Corel Painter 2015, ArtRage 4, SketchBook Pro 7, Twisted Brush, and Serif DrawPlus X6. It also works with Poser 10 when you need a model for your paintings. The Dagi styluses and the S pen make accurate lines and best of all, you can draw directly on your painting instead of looking up at the screen which you have to do with most PC drawing tablets. Wacom has neat new tablets with an LCD screen, but they are a little pricey for me. They have some mobile tablets that are very nice like the Cintiq Companion or the Cintiq Hybrid, but they are way out of my price range. However, if you are a professional digital artist, the price might be worth it. The one thing you can't have with the Splashtop Desktop Remote HD app is pressure. For me, that's not a big deal. I just adjust the thickness of the lines manually. For those that like pressure enabled tablets take hope, Splashtop has said they are working on trying to incorporate that into their app. I suspect they will get it figured out someday soon. 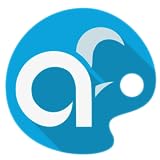 ArtFlow - Sketch, Paint, Draw
This is a very nice painting app for android and has lots of different brushes. Some features are free, but to get the whole app you must purchase the advanced features.
Buy Now 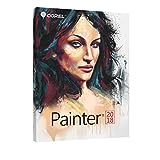 Corel Painter 2018 Digital Art Suite for PC/Mac (Old Version)
This is the most advanced digital program that mimics natural media. It is more expensive than the others I have listed, but it has every kind of painting medium you can think of including watercolors, ink pens, oil and acrylic paint etc.
Buy Now

Corel Painter Essentials 5 Digital Art Suite for PC and Mac (Old Version)
This is a scaled down version of Painter 2015 and doesn't have as many brushes. It is great for people on a budget or beginners who want to learn the basics of Corel Painter.
Buy Now

Moonrise Over the Organ Mountains