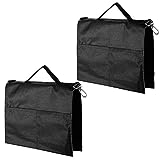 Water photography can be a reference to several photo styles such as underwater photography, but in this case the reference is to the recording of images of water in its various forms and physical states such as liquid, gaseous, frozen, and in between.

Your challenge should be to capture images of a lake while the water is fluid and then frozen during winter. A river while it freely flows and when it's turbid such as right after a torrential downpour. Water in the shape of snow provides one with various interesting images and also when it starts to melt.

A calm ocean can be one image while the next can be of the furious wave action. Take images during the daylight hours and at night when possible. Flowing water; i.e movement, can be represented in photographs by using a slow shutter speed, this has the effect of blurring the moment and creates a sense of "movement" within a static shot.

An easy compositional water project is to photograph the water flow from a garden hose, minus the hose; frame the image right before the tip of the hose and record images of the water as in a shower, a straight stream, a gentle spray. Add "movement" to these shots by trying different speeds of the shutter.

Capture images within a water scene that are low to the ground, the middle ground and high ground. Use close ups and a fast shutter speed to "freeze" the action and show reflections.

Another simple project is to locate a water source where there is a fall, like a waterfall. The waterfall can be a large or a small one. Enclose your camera in a watertight photographic container, get under the fall and record images as the water heads directly your way.

If you come upon a small stream with small falls, building a temporary dam and positioning yourself directly in front and right below where the water will fall can produce really astounding images. This will require the aid of an assistant to release the dam when you are in place to record the images.

You can also try recording double images; the camera half in and half out of the water, with it being in a protective enclosure off course.

Another creative way of photographing water is to use a clear container made from glass which is better or from acrylic which is an acceptable substitute; fill the container with water, add some food coloring of your choice, have an assistant pour some of the water/coloring mixture into the container while you record images from right under it. The pouring of the water will create air bubbles which will momentarily be trapped under the surface.

A variation would be to use clear water and pour paint. Not only will air bubbles form but as the paint mixes with the water it will produce very interesting shapes and patterns worth photographing.

A substitute for paint would be cooking oil, the heavier the better. This project involves photographing water, but you can try different liquids at another time. Illuminate this set up with photo lamps placed close to the container at a 45 degrees angle.

Being creative and recording images from a new perspective is the key to make this project a success since water images are plentiful.

Don't limit yourself to just photographing water by itself. Add interesting details to the scene to give a sense of location and atmosphere whenever possible. A river scene becomes even more dramatic and interesting if some of the surrounding plant life, landscape and rocks are included within the composition.

For photographing steam it is better if done by positioning a dark to black backdrop as steam is almost translucent and also adding some colored filter to a flash unit will impart some of the color onto the steam. Aim to frame the image of the steam alone and exclude whatever the source of it is, unless the source happens to occur naturally such as from a geyser or a natural hot water spring.

Keep in mind that because water is completely transparent, it may assume/reflect the color of the surrounding surface or container where it is located, thus consider photographing water which is upon a colored surface, or has a colorful surrounding element.