The Fun Way to make a Snowman

•Close to 80% of the worlds fresh water supply comes from snow and ice. •Snow is not actually white but clear. Snow looks white because of

Step By Step Instructions On How To Build A Snowman In Your Back Garden: What Is Snow:

Snow is really ice, shaped into tiny crystals. Most of the time the snowflake is made up of many of these tiny ice crystals stuck together. Like raindrops, snowflakes begin as water vapour in a cloud. When a cloud is very cold this water vapour changes into ice crystals.

If you could look at a snowflake under a microscope you would see that each crystal has a beautiful six-spoke shape which is usually symmetrical. A scientist, Wilson Snowflake Bentley, took over 6,000 photographs of individual snow crystals between 1880 and his death in 1931. No two snowflakes were alike.

Some Facts About Snow

Build Your Own Snowman

SO LET'S GO AND MAKE A SNOWMAN GUYS

The first thing you need to do before you make a snow man in your back garden is to wrap up warm. As enjoyable as making a snow man is it is also pretty cold work.

Be sure to have some suitable footwear. Wellington boots would be the best for your feet as they are waterproof and will keep your feet warm.

Heavy duty gloves are also important as you will be handling the snow and eventually, if your hands are not protected you may experience discomfort. You want to enjoy your experience of making a snow man so please be sure and wear the correct clothing.

A warm hat is also advisable for the cold weather. So now you are all wrapped up let’s get started on making our snow man.

Keep your hands Warm while making your Snowman: 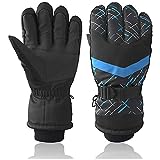 What do I need to make a Snow Man 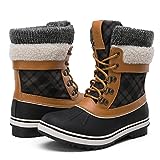 The First Step to making your Snow Man

Keep patting down each layer of Snow. This helps to slow down the thawing process of your Snow Man

Unfortunately Snow Men do not last forever. The more you compact the snow while building the body of your Snow Man the longer he/she will last.

Snow Fall in my back garden, Cabra, Dublin, Ireland Nov 2010 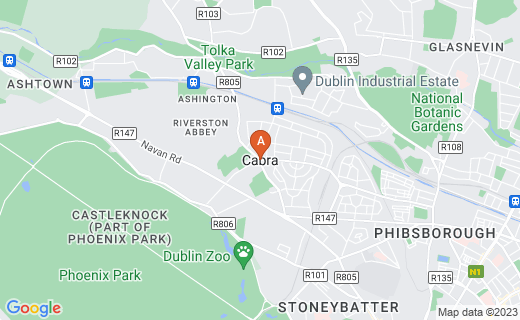 It was such a happy experience building a Snow Man in my back garden with the help of my grandson, Brandyn.

We had a great time organising and gathering all the things we needed to make our Snow Man. We also made sure we were wrapped up nice and warm. I bought my Snow gloves on Amazon and also my Snow boots to help against the cold. You need to be comfortable so you can enjoy building your Snow Man.

We enjoyed having our Snow Man in the back garden and he lasted for approx two weeks before thawing out. We had the snow well compacted which allowed us to slow down the thawing out process of our Snow Man.

Mr Snow Song for the Children 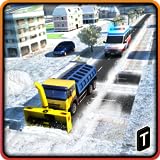 The Story of The Snow Queen

One day the mirror broke. If a sliver of glass from the mirror entered someone's eye, that person became evil; if another sliver pierced a heart, that heart grew hard and cruel.

Two children, Karl and Gerda, were very close friends. One evening Karl was watching the snow fall when he noticed a white flake slowly turn into a beautiful ice maiden. Karl was startled to hear the ice maiden speak his name. He didn't know he was looking at the Snow Queen.

Spring came and one afternoon, as Karl and Gerda looked at a book, the little boy told her, “I feel a pain in my heart! And something's pricking my eye!”

But, unfortunately, splinters from the shattered mirror had pierced the little boy. Now he was under an evil spell. Because of this, he snapped at his best friend, “You're so ugly!”

Ripping two roses from her rosebush, he ran off. From that day on, Karl turned into a very nasty boy, and nobody knew what had happened to cause this. Only Gerda still loved him, though all she got in return were insults and angry words.

Winter came again, bringing far more snow than anyone could remember. One day, just after going outdoors to play in the snow, Karl saw the beautiful maiden he had seen before. She was coming toward him wrapped in a luxurious white fur coat. She stood in front of him and told him to tie his sled to her own, which was drawn by a white horse, and they sped away.

Suddenly, the great sled soared into the sky and through the clouds. Stretched out on his own little sled, Karl didn't dare move a muscle for fear of falling into space. At last, they came to a halt on a huge white plain, dotted with lots of sparkling frozen lakes.

Karl allowed himself to be hugged by the unknown maiden, and a chill ran up his spine as two icy lips touched his forehead. The Snow Queen kissed him again, and in an instant, the little boy forgot all about Gerda and his past life and fell into a deep sleep.

In the meantime, Gerda was anxiously searching for Karl, but no one had seen him. Finally, she went down to the river. “Great River,” she said, “please tell me if you've seen Karl or if you've carried him away! I'll give you these, if you do!” And she threw her shoes into the river.

But the river's swift current paid no attention to her and just swept the shoes back to the bank. Not far away stood an old boat and Gerda climbed into it. As she drifted with the current, she pleaded, “Great River, take me to Karl.”

As night fell, she stopped by a riverbank carpeted with all kinds of colourful flowers. After resting, she went into the forest. Although she did not know how she would ever find her friend, a mysterious voice inside her told her to be brave. After wandering for hours, Gerda stopped, tired and hungry. A crow flapped out from a hollow tree. “Caw! Caw! If you're looking for Karl,” it said, “I know where he is! I saw him with the Snow Queen on her sled in the sky!”

“And where is her kingdom?” Gerda asked the crow.

“In Lapland, where all is icy cold. That reindeer over there might take you!”

Gerda ran over to the big reindeer, threw her arms around his neck, and, laying her cheek against his soft muzzle, said, “Please help me to find my friend!”

The reindeer's kindly eyes told her that he would, and she climbed onto his back. They travelled 'till they came to the frozen tundra, lit by the fiery glow of the Northern Lights.

“Karl! Karl! Where are you?” shouted Gerda.

When, at last, she found the little boy, Karl was still in the deep sleep of the wicked spell. Gerda threw her arm around him, and teardrops dripped onto his chest and heart. The tears washed away the slivers of glass, and the evil spell was broken. Karl woke from his long sleep, and when he set eyes on Gerda, he too began to cry. They had found each other again at last, thanks to Gerda's love, and the reindeer carried them home.

From then on, they remained close friends, happily ever after